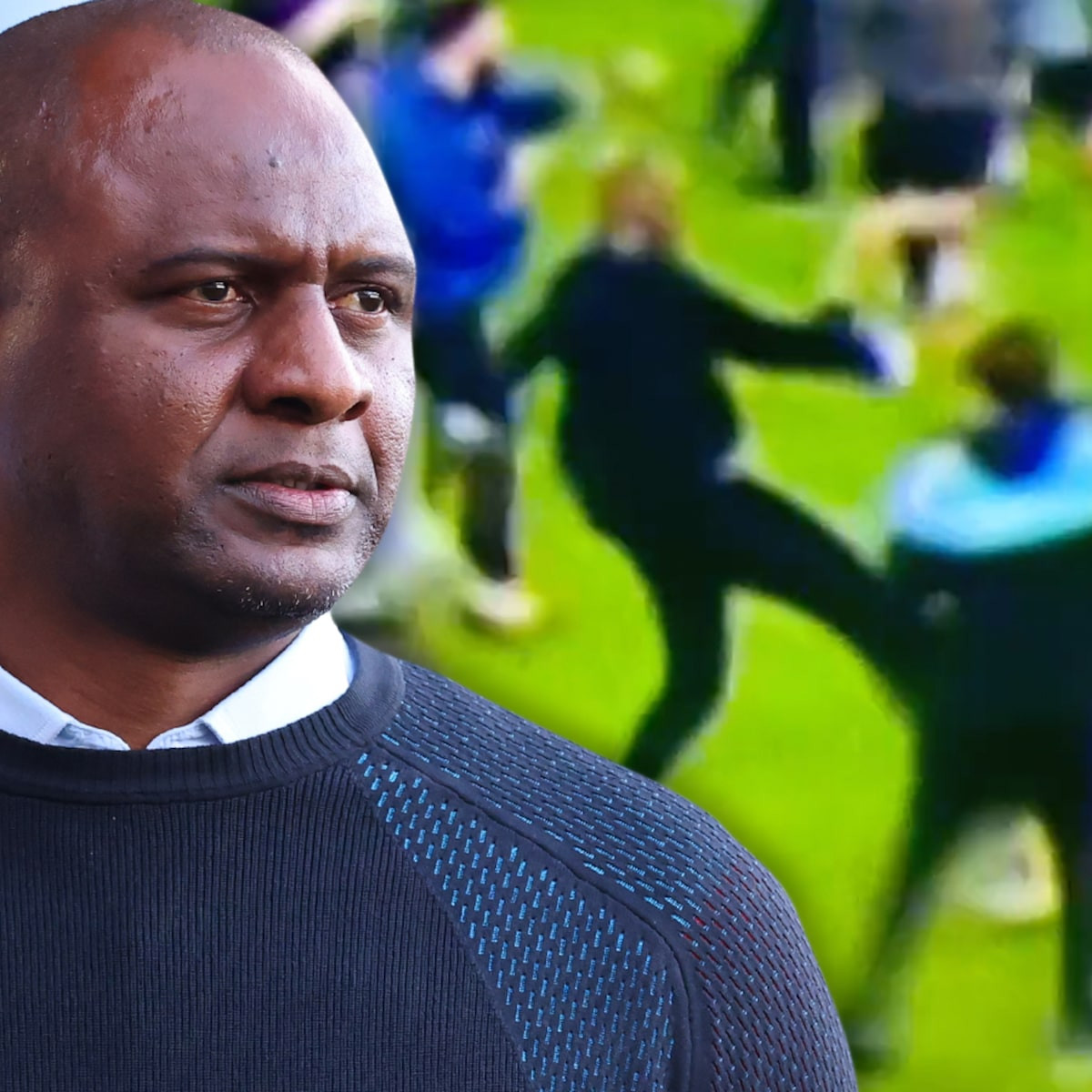 It was another shameful night for football as Crystal Palace manager Patrick Vieira was filmed kicking an Everton fan to the ground during a pitch invasion.

Everton supporters invaded the Goodison Park pitch as they came from 2-0 down to win 3-2 and secure survival in the top flight after their relegation battle.

In viral footage, the fan was seen goading Vieira as he made his way across the pitch and back to the dressing rooms. The Arsenal legend then turned around and reacted to the provocation by aiming a kick in the direction of the supporter.

Asked about the incident after the game, Vieira said: “I do not having anything to say about that.

Everton manager Frank Lampard, meanwhile, said: “I feel for Patrick. I didn’t get him at the end. I would have said: ‘Come in with us,’ although he might not have wanted that. Of course, he ran 80 yards across the pitch and it’s not easy.”

Patrick Vieira kicking an Everton fan to the ground ??? pic.twitter.com/p6fVvYnzTd