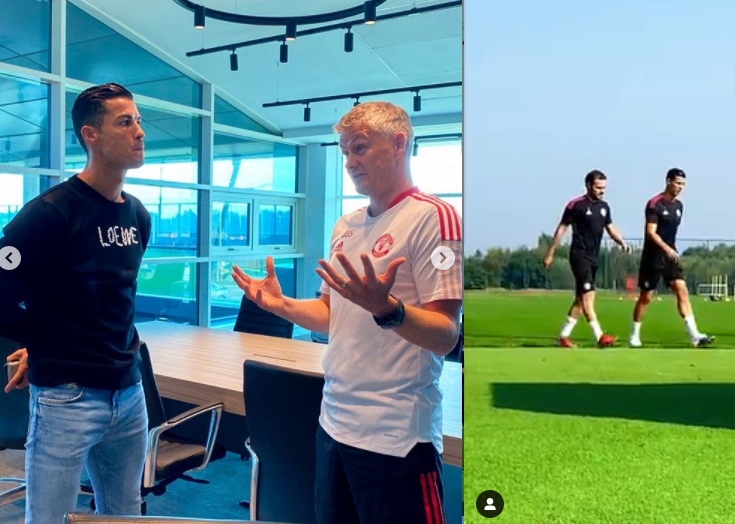 Cristiano Ronaldo has been pictured at Manchester United’s Carrington training base where he met boss Ole Gunnar Solskjaer before he joined his new teammates for training ahead of making his debut.

The Portuguese forward, who has returned to United from Juventus on a two-year contract worth £385,000 a week, needed to spend five days in quarantine after arriving in the UK last Thursday. 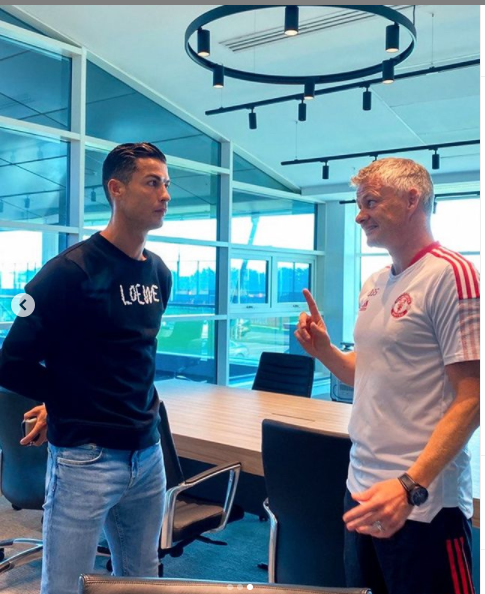 He took Covid tests on Saturday and has concluded, paving the way for him to join up with United. 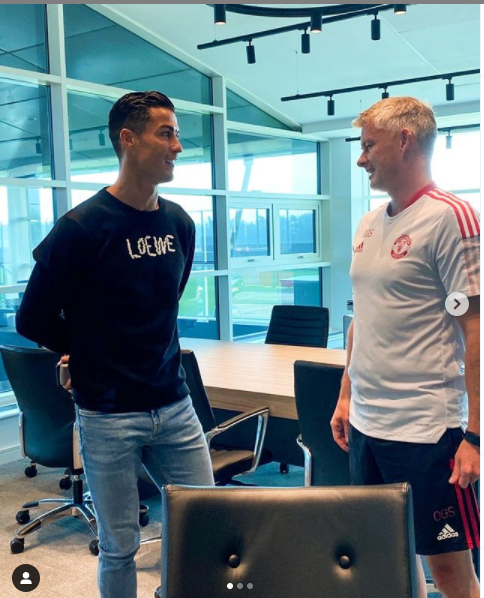 Today, Ronaldo met with United boss Ole Gunnar Solskjaer and they had a conversation in the manager’s office.  After the meeting, the Portuguese star  joined his teammates for Tuesday’s training session. 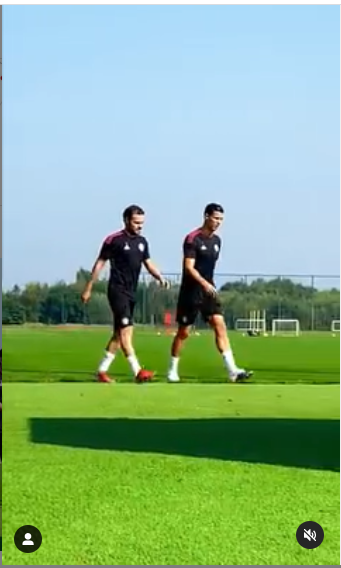 Ronaldo sealed his sensational switch to the Red Devils in a £19.8million move from Juventus in the summer, 12 years on from his departure for Spanish giants Real Madrid. 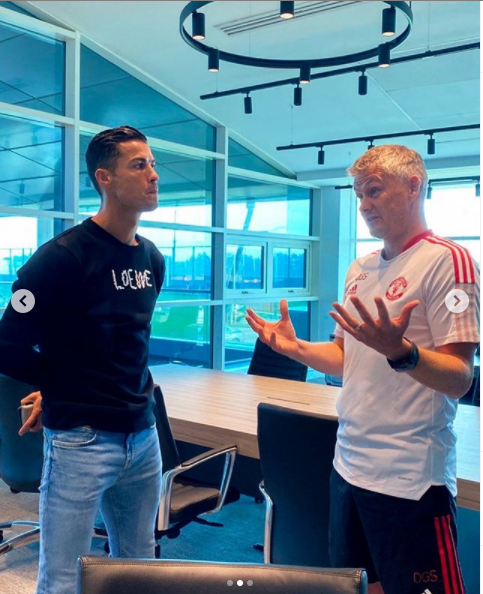