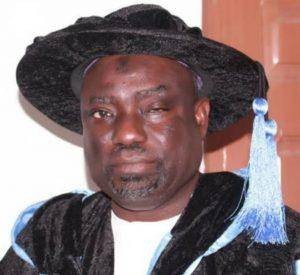 The former VC was sentenced following a case instituted against him by the Economic and Financial Crimes Commission (EFCC) on October 12, 2021, accusing him of extorting various sums of money from a contractor.

Magaji was said to have collected the sum N100million on May 15, 2019, from one Alhaji Shehu Umar Sambo, a contractor who was executing the construction of the Grand Convocation Square of the university, in return for the award of a project for the construction of a perimeter wall fencing at the University valued at the total sum of N3billion.

The presiding judge, Justice Maryam Hassan Aliyu handed the sentence after Magaji was found guilty of a five-count charge bordering on obtaining money by false pretense and forgery.