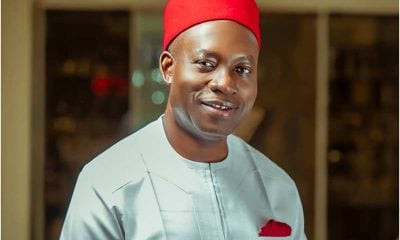 The Abuja Federal High Court has dismissed a suit seeking the disqualification of former governor of the Central Bank of Nigeria, Charles Soludo as the Anambra governor-elect on the platform of All Grand Progressive Alliance (APGA).

Plaintiffs, Valentine and Egwudike had in the suit contended that Soludo provided false information in the affidavit (Form EC9) he submitted to the Independent National Electoral Commission (INEC) and should be deemed unqualified to stand for election.

Defendants in the suit were INEC, APGA, Soludo and his deputy Onyeka Ibezim.

Justice Taiwo Taiwo, in a judgment delivered on Wednesday December 1, in a suit filed by two voters in Anambra, Adindu Valentine and Chukwuebuka Egwudike, described the suit as “frivolous, irritating, baseless and lacking in merit.”

The judge accused the two plaintiffs of seeking to use court as a tool to stop democracy and awarded a cost of N2 million against them to be paid to Soludo and his deputy, Onyeka Ibezim.