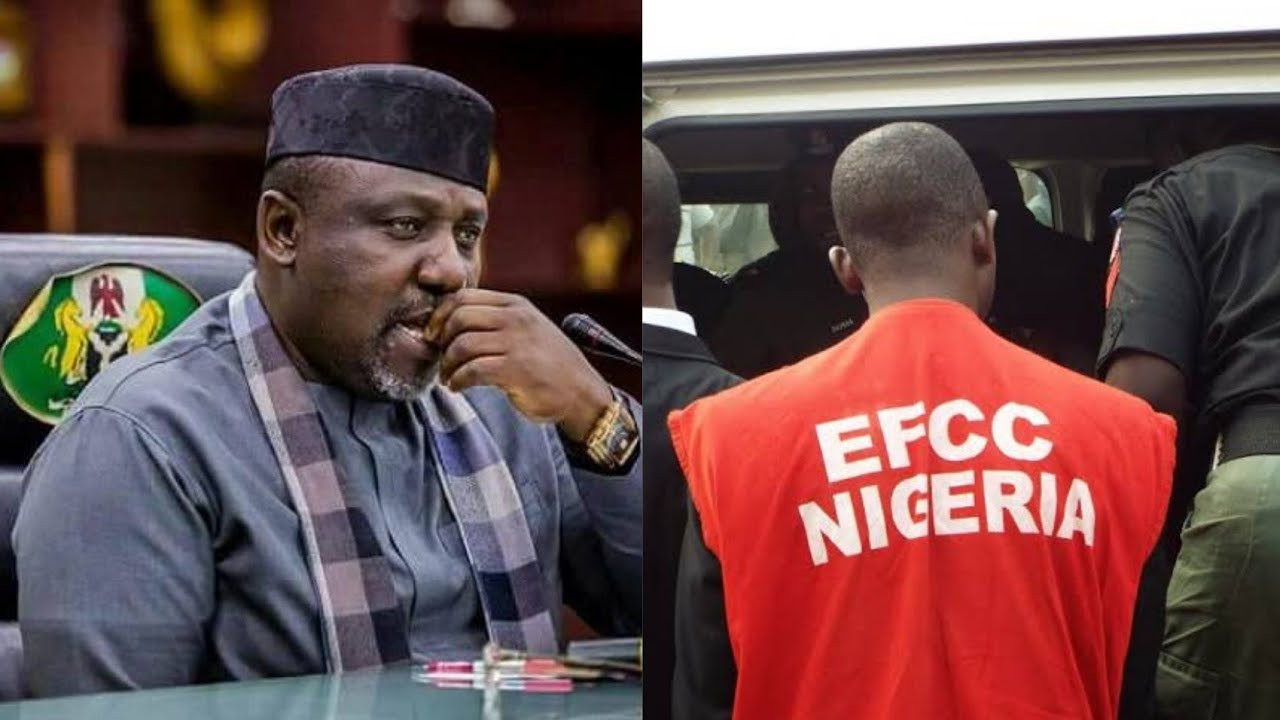 Senator Rochas Okorocha’s request for an order to stop the Economic and Financial Crimes Commission (EFCC) and the state probe panel from investigating him on alleged financial infractions, has been struck out by a federal high court sitting in Abuja.

Okorocha had requested for a court order ending or suspending EFCC’s investigation against him, including all the petitions submitted to it by the Imo government until the panel on contract set up by the same state government had concluded its probe on his government between 2011 and 2019.

While counsel to the former Imo State governor, Oba Maduabuchi (SAN) informed the court that the defence counsel asked for an adjournment to respond to processes served on them and also asked the court to stop those involved in the suit from going ahead with the probe pending the determination of the matter,  the counsel to 2nd to 48th defendants, J.M. Madu quickly interjected that the probe panel had not commenced sitting. Madu also promised to inform the Attorney-General of Imo about the development.

The request was however rejected by Justice Ahmed Mohammed who held that it would be of no use to grant a restraining order since Madu had undertaken to tell the parties not to go ahead with the probe pending when the matter would be determined. He added that since the EFCC was not represented in court, it would be unfair to grant the request in the interest of justice.

Update: “My people will burn Nigeria to the ground if they look for me!”

I have been wearing the same shoes for the last 12 weeks, there is just no point dressing to kill same souls Jesus told...

Petrol price will reduce when Dangote refinery, others begin operation –...