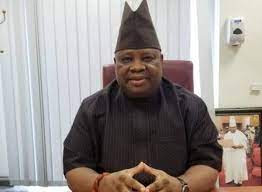 Justice Nathaniel Emmanuel of the Federal High Court sitting in Osogbo has affirmed Senator Ademola Adeleke as the authentic candidate that would represent  Peoples Democratic Party (PDP) in the July 16  governorship election in Osun State.

The judge made the declaration while delivering judgment in a suit filed by a factional candidate of the PDP, Prince Dotun Babayemi.

Babayemi has asked the court to be recognised as the authentic candidate of the Party following the parallel primaries held on March 9.

Residents of the state will be heading to polls on July 16 to elect a new governor.