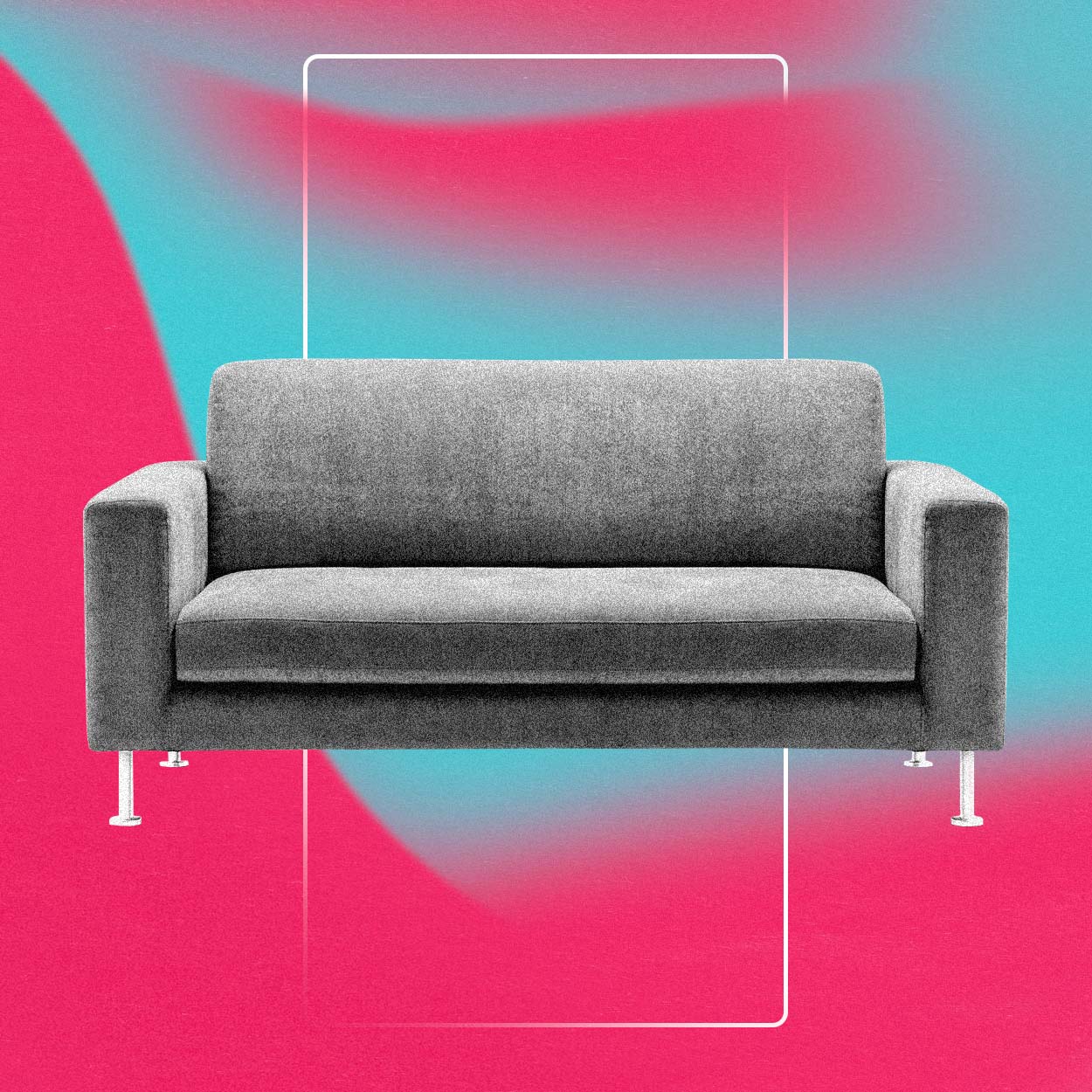 What was supposed to be an innocent video of a young woman surprising her long-distance boyfriend has become TIkTok’s newest obsession — for all the wrong reasons.

The video, posted Sept. 21 by Lauren Zarras, shows her boyfriend, Robbie, known now by the internet as “Couch Guy,” surrounded by friends and sitting on a couch next to three other women.

Many of the 126,000 people who have commented on the video, which had been viewed more than 60 million times as of Thursday, suggested that Robbie was, in fact, not happy to see Zarras. Some went so far as to accuse him of being unfaithful to her.

Not long after it went viral, TikTokers began meticulously combing through the video, zooming in and slowing down parts to see whether Robbie’s phone was being held by a woman next to him on the couch and analyzing the reactions of the other people in the room. Zarras didn’t respond to an interview request.

It’s just the latest example of internet sleuthing videos. While such videos are often well-intentioned, they can also often prove to be problematic.

“It’s a phenomenon where people gravitate towards mysteries about the human condition and human experience, be it loss or, in this case, love and human relationships,” said Brooke Erin Duffy, an associate professor of communication at Cornell University.

Experts say the desire to sleuth such videos in search of clues — about something as innocuous as “Couch Guy” to something as dire as a murder case — is a symptom of the internet’s obsession with true crime and its desire to engage in gossip.

Armchair detectives and internet sleuthing have long been a niche on the internet. Websleuths, a site launched in 1999, has been a dedicated community of thousands of people who focus on crime and missing people.

These days, a new community of sleuths has thrived on TikTok, leading to a culture of creators who have become well-known for their ability to discover troves of information about the internet’s so-called main characters.

Sometimes these creators sleuth to identify racists and people spreading disinformation about topics like the Covid vaccines.

In other instances, the desire to unmask the details about a person online can bleed over into a case like “Couch Guy.”

Before “Couch Guy,” many of the sleuths fixated on the recent disappearance and death and Gabby Petito.

Some said sleuthing helped draw attention to the case — the hashtag #GabbyPetito had more than 1.4 billion views as of Thursday. Petito’s body was found Sept. 19, and police credit a YouTube video with helping them narrow their search area.

Others said it caused more harm than good, with TikTok serving as a home to many conspiracy theory videos about Petito’s death.

Duffy said the “Couch Guy” video was a “departure from the insidious nature of internet sleuthing” because “the stakes are not as profound” as for, say, a murder case.

Morgan Forte, 23, has experienced what happens when it feels as though the internet has collectively decided to pick apart your life based on a secondslong clip.

Forte, of Jacksonville, Florida, said she posted a short video of her parents dancing a few years ago. Some claimed that Forte’s mother was acting grumpy in the clip.

When the video blew up, getting about 15 million views across accounts that had shared it, some commenters began saying Forte’s father should leave her mother because of her demeanor in the video.

“They thought they knew a lot about my parents’ life and their relationship from this — it was, like, literally 10 seconds of them dancing,” Forte said. “They just take it and completely run with it and create their own narrative.”

Forte said that when “Couch Guy” went viral, she felt it was eerily similar to her own experience.

“You’re playing into this mob mentality, and it’s mass cyberbullying,” said Forte, who made her own TikTok defending Zarras’ video.

“Everybody now thinks they’re on ‘CSI,'” said the therapist, who asked that TikTok identify her only by her username out of safety concerns. “They think they can do their own investigating. I think it’s this culture coming in that is very much a sense of we can go in and we can investigate everything we can find, but we forget they’re real people.”

Some users who either commented on the “Couch Guy” video or made their own videos trying to decipher Robbie’s behavior, said their intentions were good.

Precious Fregene, 18, of Texas, said she made a video about “Couch Guy” because wanted to give Zarras a “heads up” that something felt off in the video.

“We started this to show [Zarras]: ‘Hey, these are red flags. Please don’t ignore it,'” Fregene said. “But now people are trying to ‘solve it’ so they can prove her wrong, in my opinion.”

She said she would want someone to tell her that something was off in her relationship if she were in Zarras’ position.

A factor in the flood of users who have seen and commented on the “Couch Guy” saga is that TikTok’s algorithm pushes content with high engagement to users’ “For You” page, TikTok’s infinitely scrolling homepage.

“I’ve heard time and time again that creators’ experience is that platforms algorithmically reward drama, and for them this means that their experience of hate and harassment is not tempered, because it plays well into the platform’s business model,” Duffy said.

Forte and SoMyMomsATherapist, whose videos defending Zarras and Robbie have been pushed to the “For You” page by the algorithm, said they have been lambasted in their comment sections for going against the “accepted narrative” that Robbie was unfaithful to Zarras.

“What I noticed was there were a lot of people, I would say, ‘Here’s my clinical observation,’ and they were like, ‘Nope,'” SoMyMomsATherapist said. “What I hear there is: ‘I can’t even entertain that, because then I would have to lose what it gives me.’ Because I think it gives them something.”

Forte’s comment section became so heinous — one commenter even accused her of sympathizing with a murder suspect — that she almost deleted her video.

But then she remembered the message in her video: Someone’s life can’t and shouldn’t be deciphered in a secondslong clip. And she knew it needed to remain up.

“I think people need to hear what I had to say,” Forte said. “At the end of the day, I stand by what I said. I don’t regret it.”