A Batch B, Stream 1 corps member, named Nazir Muhammad Yahaya, has died in an auto crash on his way to Kaduna State.

The incident reportedly occurred on Wednesday, July 13, while the NYSC member was traveling to Kaduna after completing his three weeks orientation course at the NYSC camp in Adamawa State. 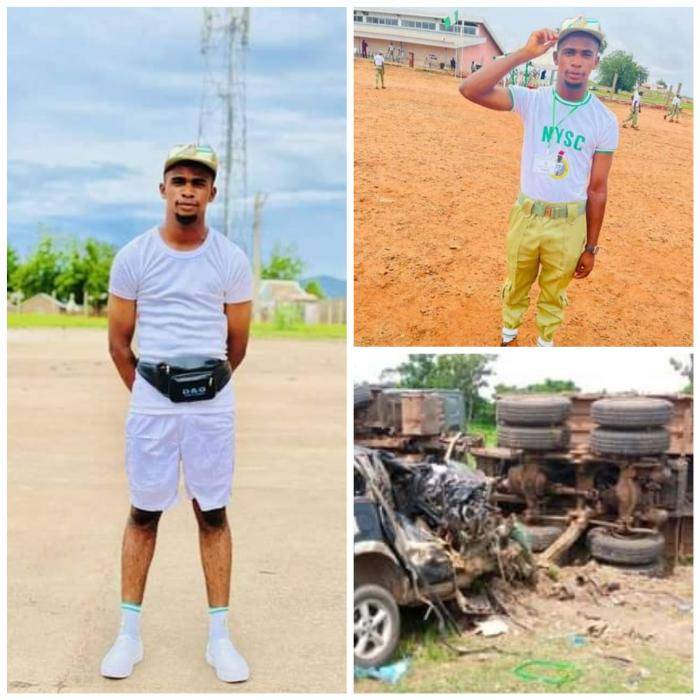 His friends, former coursemates, and colleagues have since taken to Facebook to mourn his demise. 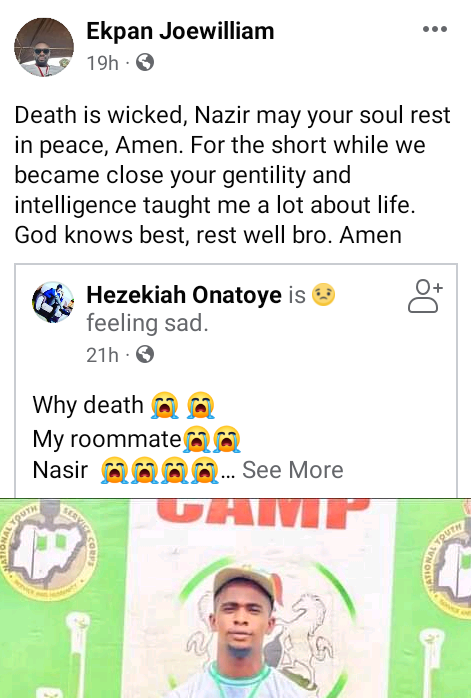 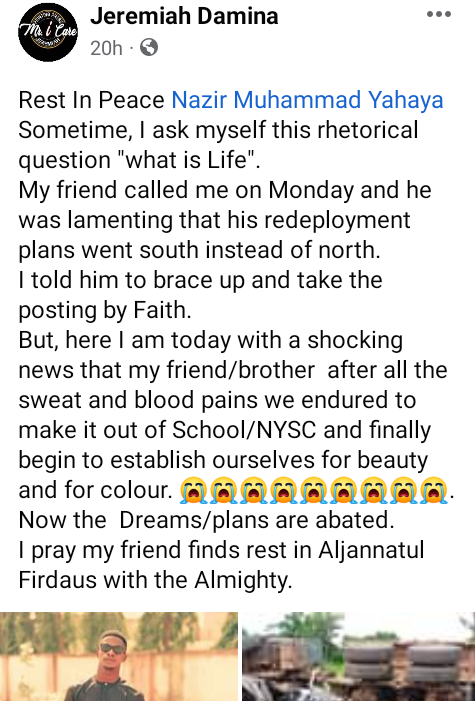 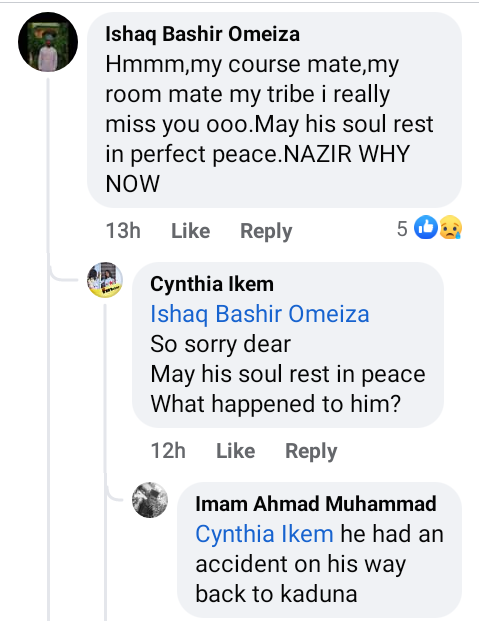