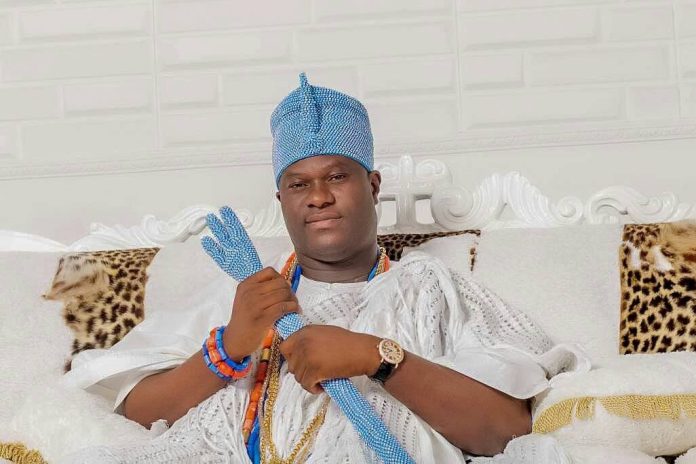 The Ooni of Ife, Oba Enitan Ogunwusi, has charged members of the Academics to conduct research to modernise the Culture of African people so as to promote it among the cultures of other people in the world.

Oba Ogunwusi made the assertion while speaking at the inauguration of Professor Jeleel Ojuade as the third vice-chancellor of Crown Hill University, Eyenkorin, Ilorin, Kwara State on Tuesday.

The monarch who was represented at the event by the Waasi of Ilare-Ife, Oba Olasode Zacheaus, and High Chief Oluwole Bode-Thomas, Laadin of Ife watched the display of different kinds of Yoruba dances exhibited by the Ayangalu dance group (Alarinjo) and Students of Performing Arts Department of the University of Ilorin and Performing Arts and Film Production department of Kwara State University respectively said that the people of Africa have a rich culture which can be learned and emulated by the people of other countries in the world.

Speaking through Oba Olasode, Ooni said, “I want to implore members of the academics to step up research into the various African Cultures so as to make it known to other people in other parts of the World.”

Ooni who is the Chancellor of the University said that he knew Ojuade, a professor of Performance and Cultural studies who specialises in Dance Studies and Practice said, “as a practical dancer, he exhibits a commitment to his profession and that Ojuade as a practical dancer has always been tenacious and committed to culture and traditional dances which he specialised on.”

He urged other members of the Academics to always show commitment and conduct timely research in their areas of specialisation.

He promised to always come to the assistance of the Institution whenever required.

In his speech, Ojuade, the newly appointed Vice-Chancellor of Crown Hill University pledged to run a student-oriented administration and use his connection and wealth of experience to further move the institution to the next level.

He pledged to do everything within his capacity to move the CHU forward and make it a reference point, especially in the areas of teaching,  research and community service.

“I hasten to add that, we are acting in your best interests. We shall engage in constructive and productive dialogue and discussions to move the University forward. Your voice will be heard. We shall run an administration that is student-centric. Let me just say that beyond the seeming dark clouds lies silver linings” Ojuade said.

Ojuade appreciated the proprietor of the institution for his unwavering contribution towards the growth and development of education in Nigeria,  just as he lauded the pioneer efforts of his predecessors for laying a solid foundation upon which he pledged to consolidate on.

“I will not end this address without paying glowing tributes to my predecessors, Prof. GHG, the pioneer VC, Prof. Olorunmaiye and the immediate past VC, Prof. Deboye Kolawole.

I applaud their pioneering and trailblazing efforts. They have succeeded in laying the solid foundations for CHU, Eyenkorin, llorin. If I stand taller than my contemporaries, it is because I am standing on the shoulders of these great men. I say thank you, sirs,” he added.

The inauguration was attended by the Vice-Chancellors of the eight Universities in Kwara State and prominent traditional rulers across the country, friends and family of the celebrant, as well as students of the institution among others.