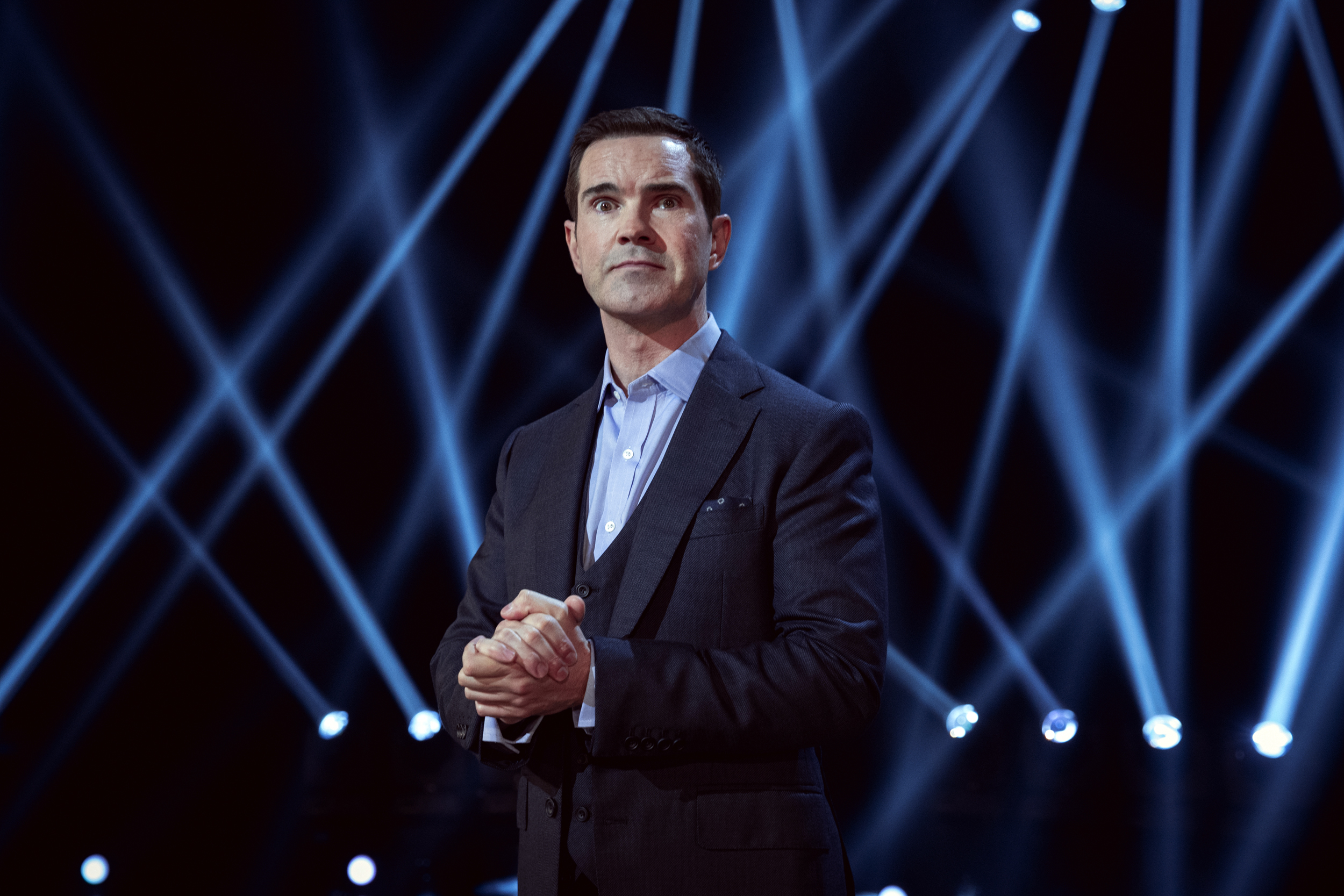 The Auschwitz Memorial and other anti-hate organizations have condemned British-Irish comedian Jimmy Carr for a remark about the Gypsy and Roma people slaughtered by Nazi Germany during the Holocaust.

In the Netflix stand-up comedy special “His Dark Material,” Carr said: “When people talk about the Holocaust, they talk about the tragedy of 6 million Jewish lives being lost to the Nazi war machine. But they never mention the thousands of Gypsies that were killed by the Nazis.”

The special debuted on Netflix on Dec. 25, but the comment received wider attention after a clip circulated on social media on Friday.

In the full special and not included in the clip circulating online, Carr went to defend the remark as a “very good joke.” He called it “educational” because “a lot of people don’t know … that the Nazis also killed in their thousands, gypsies, homosexuals, disabled people and Jehovah’s Witnesses.”

In a tweet Friday morning, the Auschwitz Memorial implored Carr to “learn about fate of some 23 thousand Roma and Sinti deported to Auschwitz,” linking to an online lesson and a podcast episode on the subject.

“It’s sad to hear words that can fuel prejudice, hurt people & defile memory of their tragedy,” the tweet went on to say.

The Holocaust Memorial Day Trust, a charity founded by the British government to support the United Kingdom’s commemoration of the Holocaust, described Carr’s remarks as “abhorrent.”

“We are absolutely appalled at Jimmy Carr’s comment about persecution suffered by Roma and Sinti people under Nazi oppression, and horrified that gales of laughter followed his remarks,” Olivia Marks-Woldman, the trust’s chief executive, said in a statement posted Friday on Twitter.

“Hundreds of thousands of Roma and Sinti people suffered prejudice, slave labor, sterilization and mass murder simply because of their identity — these are not experiences for mockery,” Marks-Woldman added.

British politician Nadia Whittome, a Labour member of Parliament, on Friday called on Netflix to “remove Jimmy Carr’s vile anti-GRT and antisemitic material,” using an acronym for the Gypsy, Roma and Traveller community.

Netflix was recently embroiled in a furor over Dave Chappelle, who was widely criticized for comments about the LGBTQ community in his latest stand-up special for the streaming service, “The Closer.”

The company publicly defended Chapelle’s creative freedom and ignored calls to remove “The Closer” from the platform.

“We work hard to support … creative freedom — even though this means there will always be content on Netflix some people believe is harmful,” Ted Sarandos, the company’s co-CEO, said in a memo to staff members in October.

The backlash to “His Dark Material” and “The Closer” come as major media platforms confront increasing pressure to set boundaries around content that some subscribers find hateful or socially irresponsible.

Spotify, for example, faces intense criticism over Covid-19 misinformation on “The Joe Rogan Experience,” an influential podcast that streams exclusively on the service.

Carr is a popular comedian in the U.K. He is also known for his work as a television presenter, writer and actor. He has appeared on the British panel shows “8 Out of 10 Cats,” “8 Out of 10 Cats Does Countdown,” and “The Big Fat Quiz of the Year.”