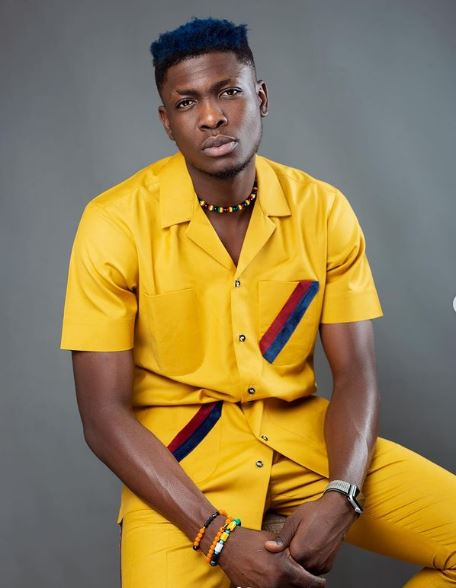 In a now-deleted tweet, Sammie admired the relationship existing between his colleagues while describing their fanbase as a non-toxic one.

Replying to this assertion, a Twitter user slammed Sammie as she referred to him as a ‘clout less and forgotten housemate’. She further stated that Sammie should focus on getting ambassadorial deals rather than trying to ‘stir up shit.’

This response undeniably disturbed the reality star who expressed displeasure in the manner in which people get attacked on the micro-blogging platform. 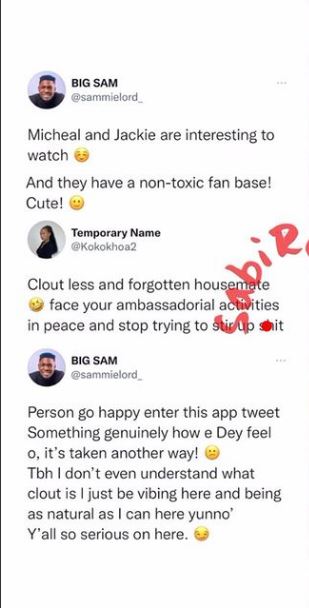 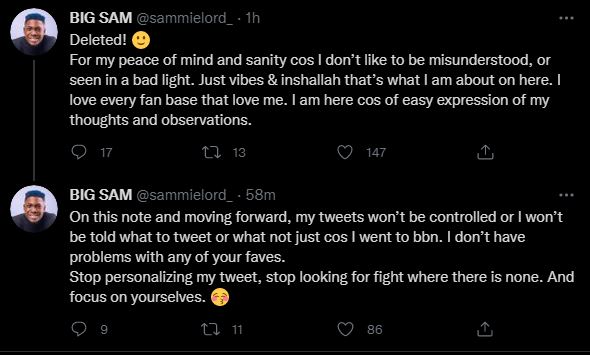 Mark Wright recovering in hospital after having 12cm tumour removed