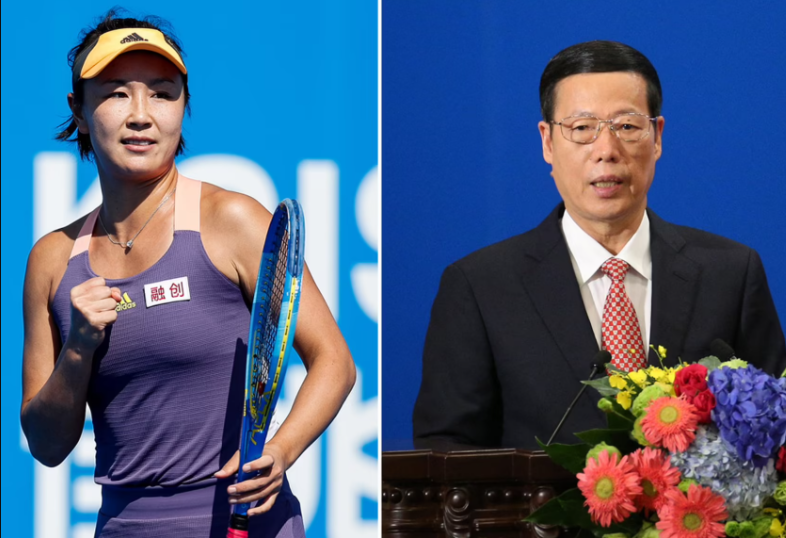 Chinesse state media have released an email they say is from ‘safe’ tennis star Peng Shuai in which she claims her sexual abuse allegations against the country’s former vice-premier are untrue.

The former Wimbledon champion, 35, allegedly ‘disappeared’ this month after aiming the accusations at a former top Chinese government official.

But Chinese state media have now released an email addressed to WTA chairman Steve Simon, which they claim was written by Shuai herself.

The email says that her own allegations of sexual abuse against the official are not true, and that she is also not missing but just ‘resting at home’.

It read: “Hello everyone this is Peng Shuai.

“Regarding the recent news released on the official website of the WTA, the content has not been confirmed or verified by myself and it was released without my consent.

“The news in that release, including the allegation of sexual assault, is not true.

“I’m not missing, nor am I unsafe. I’ve just been resting at home and everything is fine.

“Thank you again for caring about me. If the WTA publishes any more news about me, please verify it with me, and release it with my consent.

“As a professional tennis player, I thank you all for your companionship and consideration.

“Once again, thank you for your consideration.”

The email comes after Shuai posted on social media claiming that 75-year-old Zhang Gaoli, the ex-vice premier and member of the party’s all-powerful Politburo Standing Committee, forced her to have sex with him three years ago.

The two-time Grand Slam doubles champion also said they had extramarital relations seven years ago and that she developed feelings for him.

According to The Mail, the post, which surfaced last week, was subsequently removed from Chinese social media site Weibo.

All of her content has since been removed from the website and she has not been seen since.