A photograph of the Chelsea duo clubbing with Davido in the Nigerian commercial capital was published on Twitter handle @chels_UK.

Tomori, 23, is a player who can claim three nationalities.

He was born by Nigerian parents in Calgary Canada, but was raised in England since he was a toddler.

Tammy Abraham, a striker, was also born by Nigerian parents in Camberwell London on 2 October, 1997.

His full name is a long one: Kevin Oghenetega Tamaraebi Bakumo-Abraham, shortened to Tammy Abraham.

The duo however refused to play for the Super Eagles of Nigeria.

This newspaper also reports that another Chelsea star Callum Hudson-Odoi, is also in Accra, Ghana. 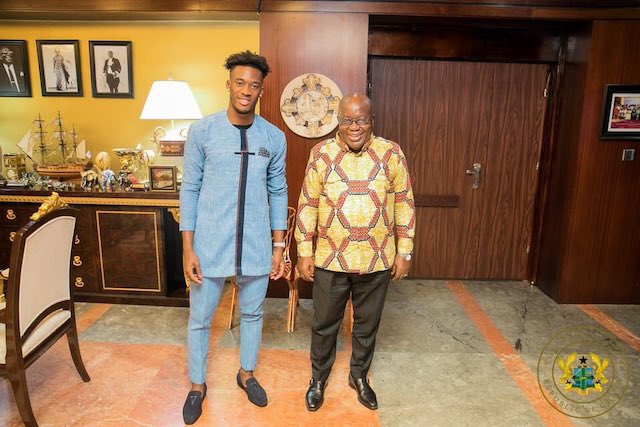 The Chelsea player who was wanted by German champions, Bayern Munich, was photographed with Ghanaian President, Nana Akufo-Addo.