Home Entertainment Check out Davido’s response to Michael Blackson when asked how he got...
Facebook
Twitter
WhatsApp
Telegram
Email

Ghanaian-American actor and comedian, Michael Blackson has revealed Davido’s response to him when he asked how he made it to the U.S. when the boarders are closed. 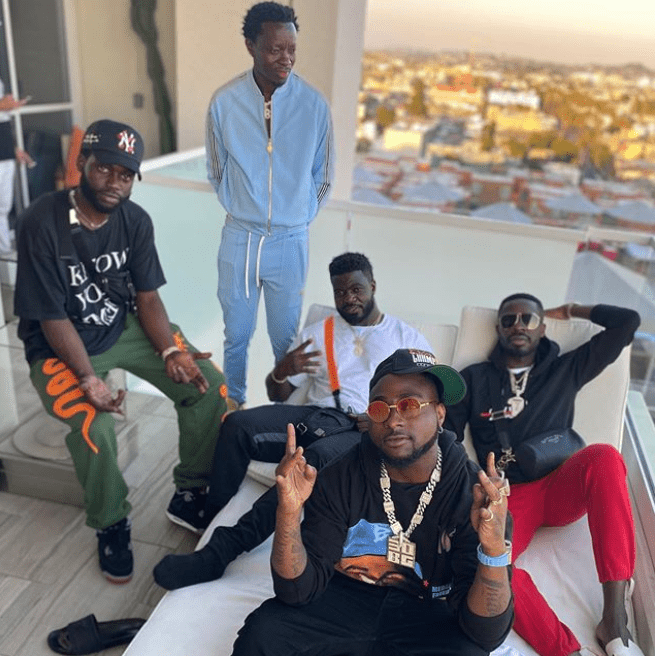 Recall that the DMW boss left the country with his crew on July 16th via his dad’s private jet, reportedly for a music video shoot.

He made he quick stop and reunited with his daughter in Atlanta, and now he’s in Los Angeles, California, where he met Michael Blackson.

Sharing a photo with Davido and his crew, Michael wrote;

“I said @davidoofficial the boarders are closed so how did you make it to Hollywood? and the neega said I’m Nigerian.“