Just like several other people, some Nigerian celebrities keep their newborn kids away from the media for a while before they officially show their face. 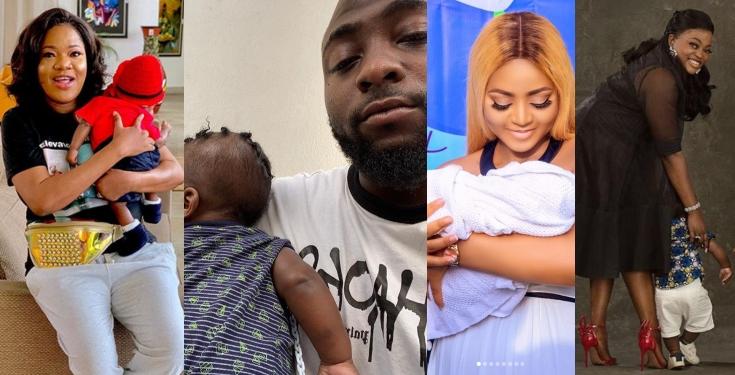 Their reasons might range from internet trolls, to ‘evil people’, or just wanting to enjoy the new phase with just family and friends for the main time.

Most celebrities have experienced their newborn kids being called “ugly” and all sorts of names from social media users, so a lot of them have chosen their ‘sanity’ by keeping the face of the child away from the media until they get to a certain month or age.

I have compiled a list of 10 Nigerian celebrities who have currently not shown their kids online. Some of these kids have reached one year, some are few months, while some are just few weeks.

Unlike some celebrities who announce the birth of their child with the baby’s photo, these ones are still shielding them away from social media. 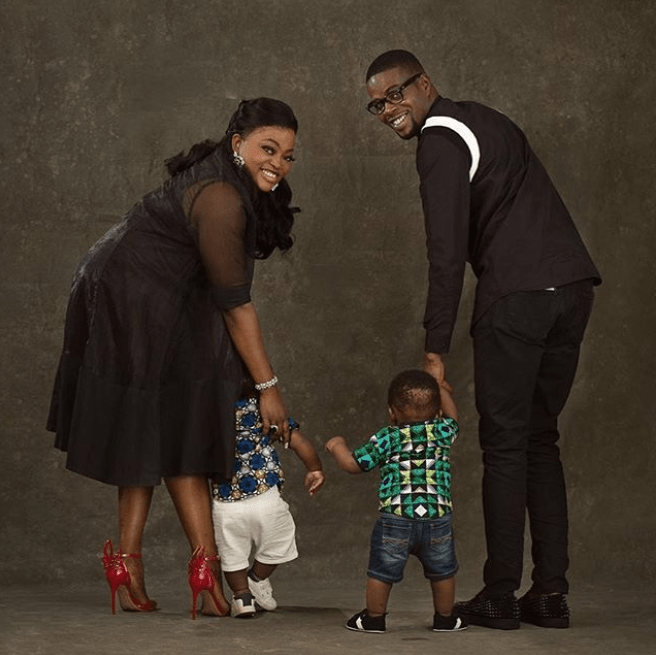 1. Funke Akindele and JJCSkillz: The Nollywood thespians are still shielding the faces of their twin boys from fans. The couple welcomed the boys in December 2018. 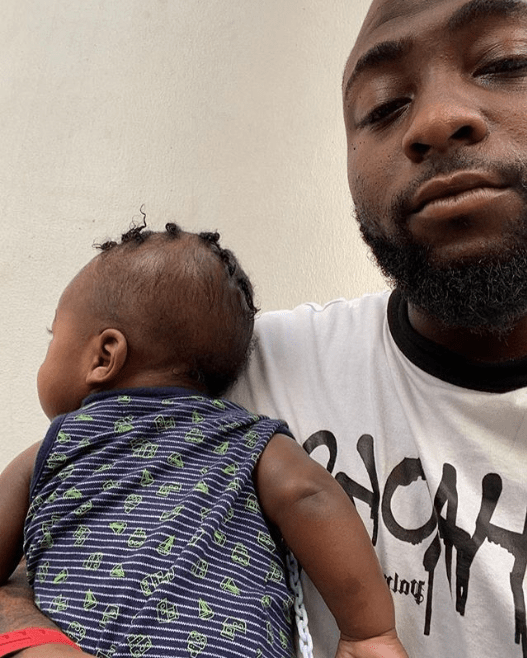 2. Davido: The singer and his fiancee Chioma welcomed their son Ifeanyi Adeleke in October 2019. Eight months and counting, only pictures like the one above has been shared. 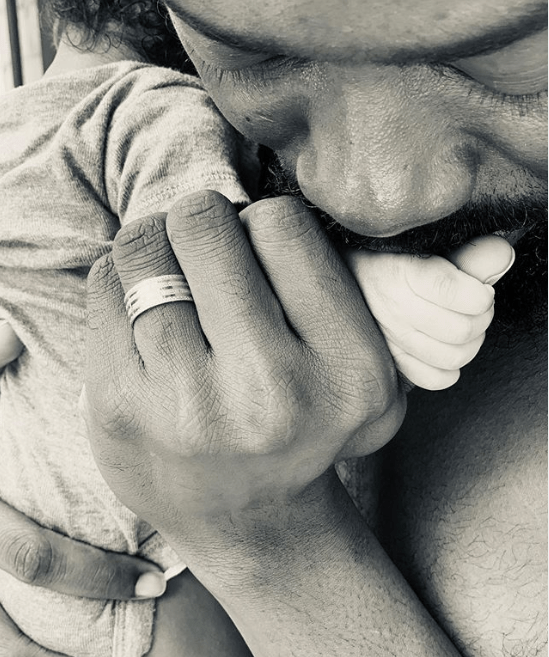 3. Simi and Adekunle Gold: The singing couple welcomed their daughter Deja on May 30th, and are still waiting for the right time to share her with the world. 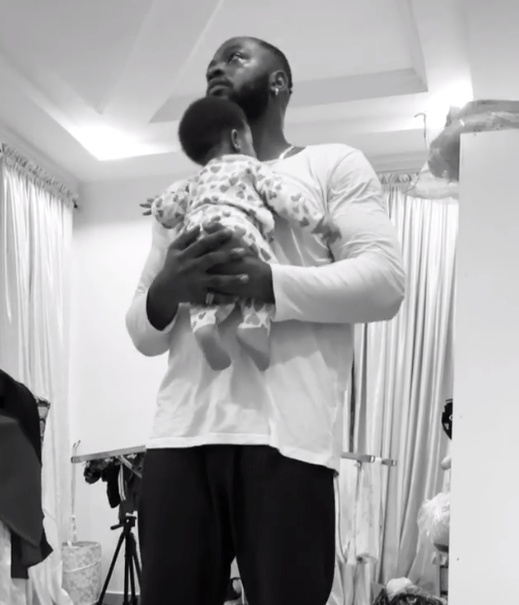 4. BamBam and Teddy A: The former big brother Naija housemates welcomed their daughter, Zendaya Folakemi Adenibuyan, on 5th March 2020. Four months after and counting, only close friends and family members have seen what the baby looks like. 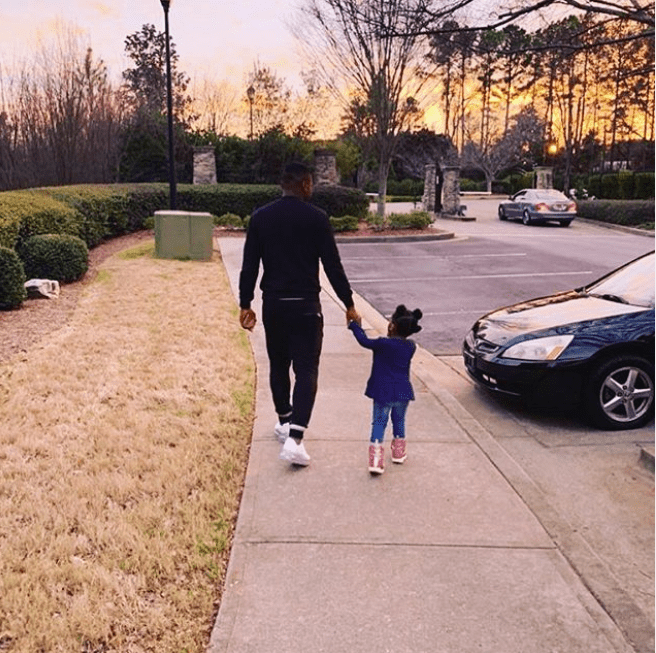 5. Emmanuel Emenike and Iheoma Nnadi: The footballer and his beauty queen wife now have two kids together, and they are still shielding them from the media. 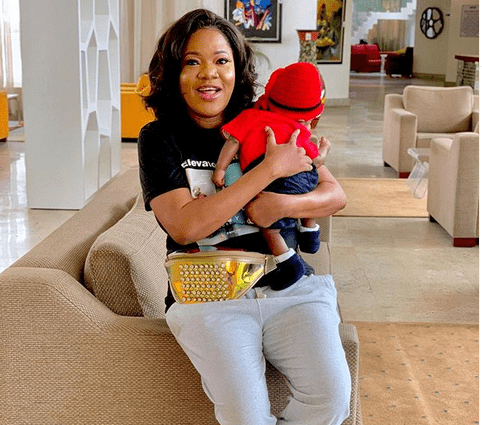 6. Toyin Abraham and Kolawole Oluwasegun: The Nollywood actors welcomed their son, Ire, in August 2019, and almost a year now, the world is still curious to see what Ire looks like. 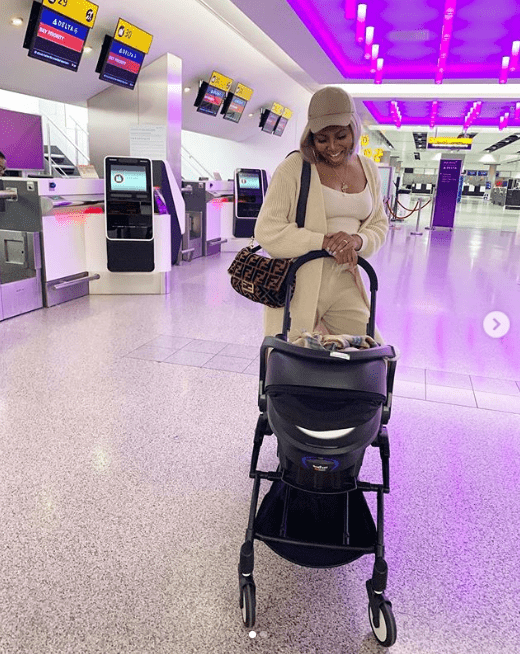 7. Stephanie Coker: The Nigerian media personality and her husband, David Aderinokun, welcomed her first child, Adunni in November 2019, and the world is still being starved of her face. 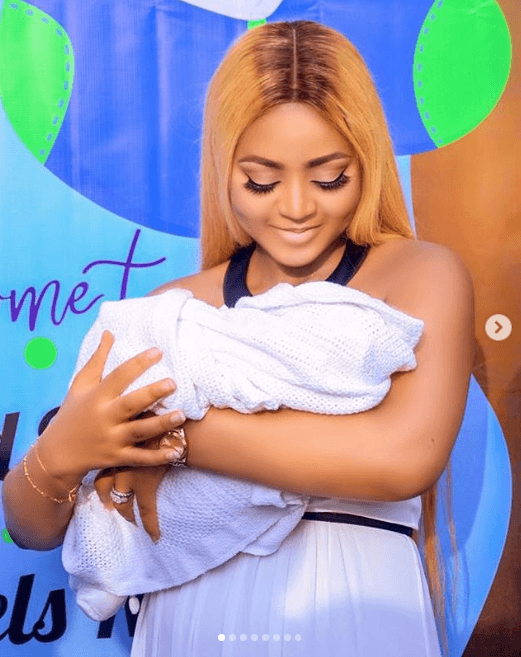 8. Regina Daniels: The Nollywood actress and her billionaire husband, Ned Nwoko, welcomed their son, Munir, in June. The actress in an interview has said that she will soon show her son to the world. 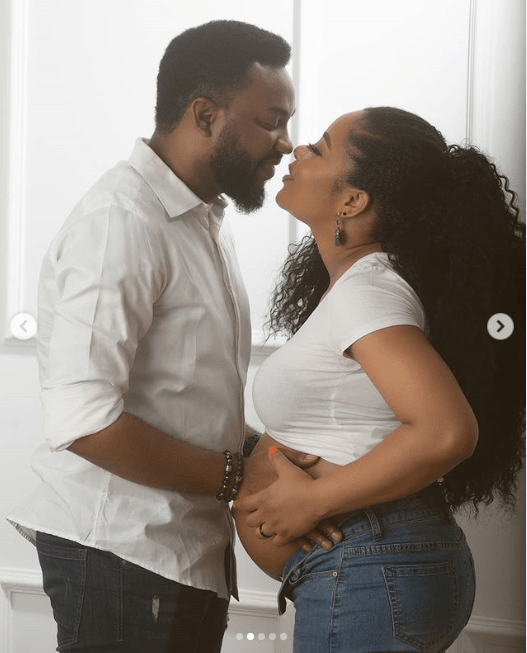 9. Linda Ejiofor and Ibrahim Suleiman: The Nollywood couple welcomed their first child together about a week ago, and fans are already looking out to see the bundle of joy. 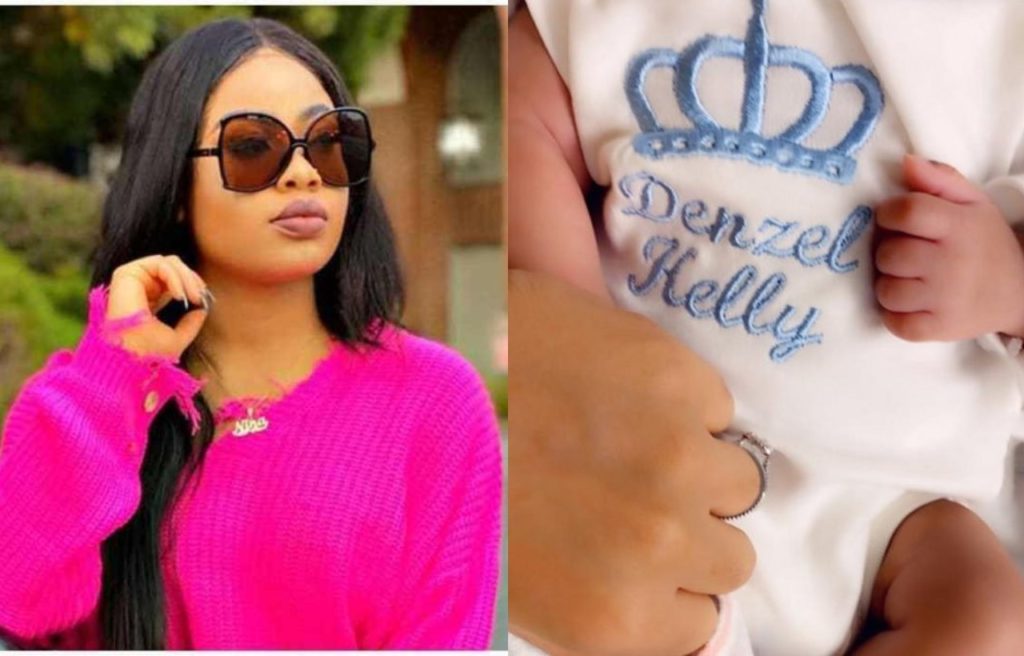 10. Nina: The former BBNaija housemate and her husband welcomed their son, Denzel in the US two days ago, and the above photo was shared to make the announcement.