The lawyer-turned entertainer gave the suggestion that her wedding would be coming up in the year 2022.

In a short video in which she celebrated a male colleague, Stan Eze for getting married, Cee-C disclosed she wants to get married to the love of her life next year.

She said: “Congratulations, I’m tapping into the blessings. My time is next year.”

The relationship of the reality star with singer Peruzzi ended recently and fans have been waiting expectantly for her to reveal the new man in her life. 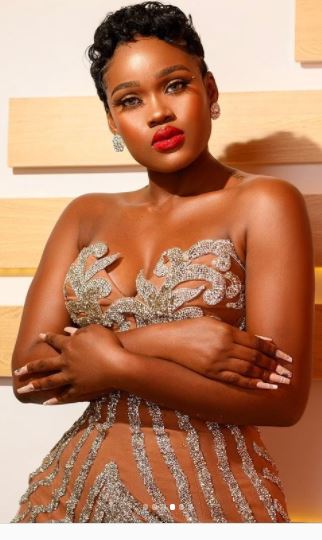 In the video that has become a growing sensation on social media, reality star, Cee-C is pictured in a warm embrace with the actor, Timini, as they both share a kiss.

It is however not clear if the scene is from a movie production or if they really are an item.

Meanwhile, former BBNaija housemate, Lucy Edet has revealed the reason she decided to go against one of the things her mother taught her.

In a post made on her Instastory, Lucy stated that her mother taught her to give the best to people but life had taught her otherwise.

She said that she keeps the best for herself not others because people take her kindness for granted.