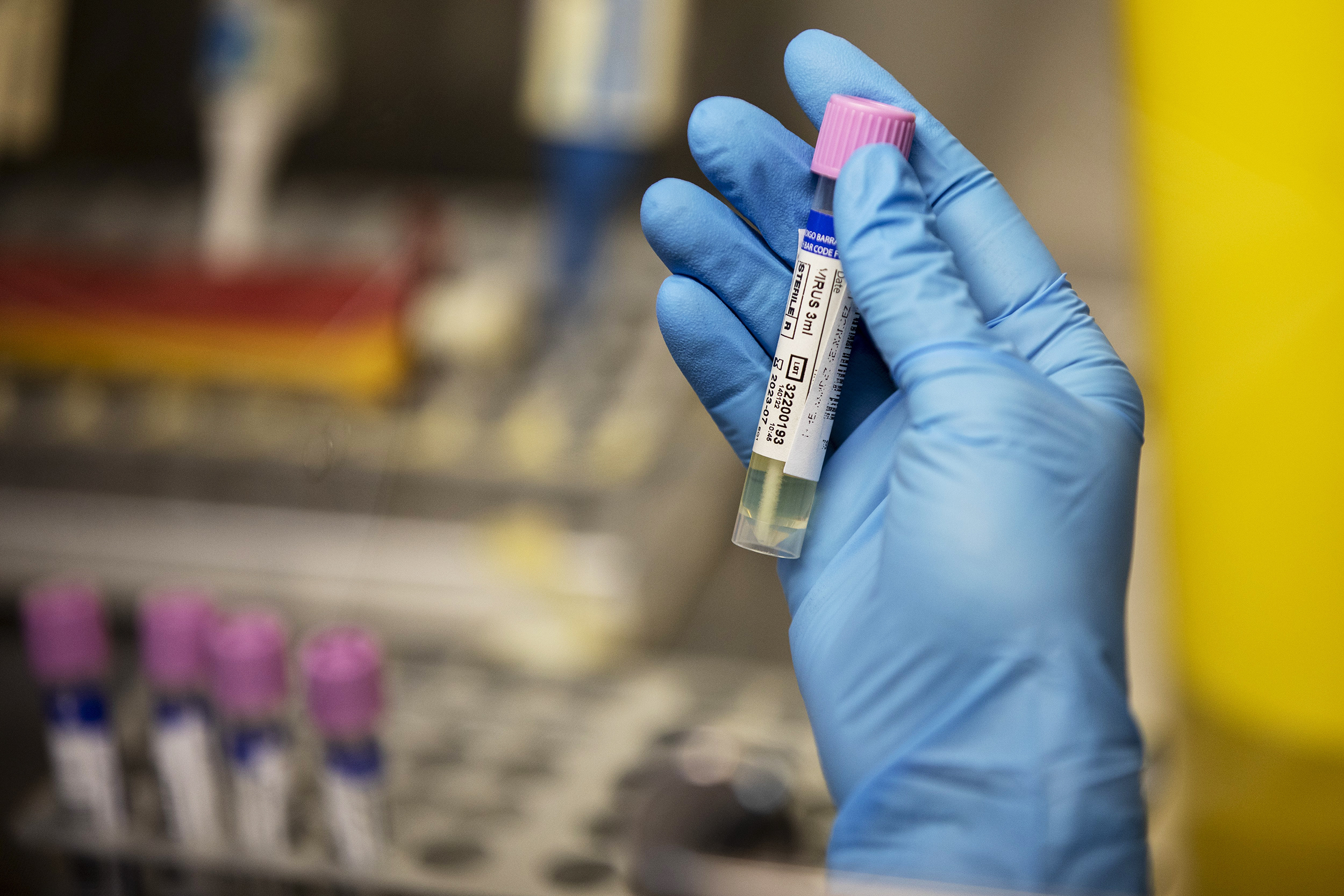 The U.S. has reported 72 cases of monkeypox across 18 states in the last month, making it the country’s largest monkeypox outbreak ever.

That total has grown significantly since the beginning of June, when just 19 cases were confirmed.

The Centers for Disease Control and Prevention released new guidance Tuesday about how to identify monkeypox during this outbreak, based on the symptoms doctors have observed so far. Some recent infections have presented differently than past cases in Africa, where monkeypox is endemic in 11 countries.

Traditionally, people with monkeypox have developed a fever, swollen lymph nodes, headaches and muscle aches, followed by a rash that starts on their face or in their mouth then spreads to other parts of their body — particularly the hands and feet.

But in many recent U.S. cases, patients first experienced a rash in the mouth or around the genitals or anus. And instead of widespread rashes, some patients saw scattered or localized lesions in areas other than the face, hands or feet. In some cases, flu-like symptoms developed after the rash, but other people didn’t have those symptoms at all.

The rash also seems to progress differently than in past cases. Monkeypox lesions usually start flat then become raised, after which they progress to fluid-blisters, followed by pus-filled blisters that scab and fall off. But the CDC said Tuesday that among recent patients, lesions have appeared at different stages within the same area of the body. Fluid- and pus-filled blisters, for instance, may exist side by side.

What’s more, some U.S. patients have reported pain in or around the anus and rectum, rectal bleeding, proctitis (painful inflammation of the rectum lining) or the feeling of needing a bowel movement even though the bowels are empty. None of those symptoms were commonly associated with monkeypox before.

The World Health Organization said Tuesday that it has also identified a unique pattern of symptoms among recent cases outside of Africa, including rashes limited to certain areas of the body like the genitals or mouth.

“It’s now clear that there is an unusual situation, meaning even the virus is behaving unusually from how it used to behave in the past,” WHO Director-General Tedros Adhanom Ghebreyesus said at a briefing.

Tedros warned last week that the window to contain the global outbreak may be narrowing, noting that the “risk of monkeypox becoming established in nonendemic countries is real.”

On Friday, CDC director Rochelle Walensky said the U.S. needs to ramp up testing to keep up with the virus’s spread.

“We must increase testing for those with a characteristic, pimple-like or blister-like rash so we can make swift diagnoses,” she said in a briefing.

No deaths have been reported outside Africa in connection to the recent outbreak. The version of monkeypox that’s spreading, the West African strain, has a fatality rate of 1%, according to the CDC.

The agency maintains that the risk to the public is low, but has asked travelers to practice enhanced caution and avoid close contact with sick people and wild animals, dead or live.

People who develop abnormal rashes or lesions should contact their health care provider, the CDC said, particularly if they meet the following criteria:

People with flu-like symptoms and one or more of these risk factors should self-quarantine, the CDC said. If a rash doesn’t appear within five days, monkeypox can likely be ruled out.

Because cases can resemble chickenpox, herpes or syphilis, anyone who develops lesions associated with those illnesses should also be checked for monkeypox, the CDC said. If a doctor prescribes a treatment for a sexually transmitted infection and the patient does not respond, that’s another indicator a test is warranted, the agency added.

The CDC advises people who test positive for orthopoxvirus, a category of viruses that includes monkeypox, to isolate until their scabs have fallen off and a fresh layer of skin has formed. Monkeypox symptoms usually last two to four weeks.

You can contest in next year’s election – Court to APC...

You can contest in next year’s election – Court to APC...