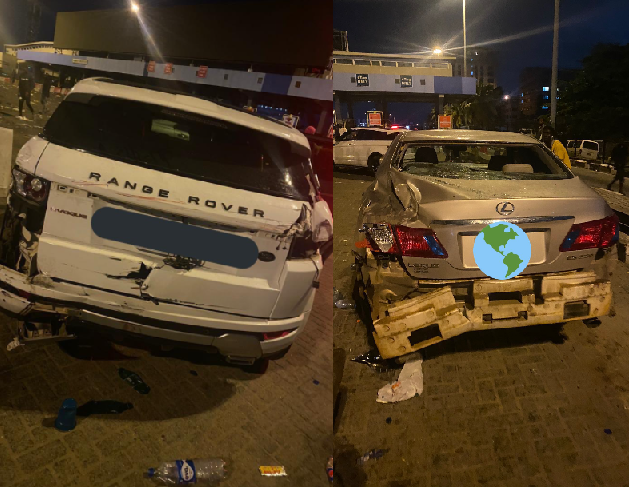 End SARS protesters have accused hoodlums of attacking them on Friday October 16, as they continued their protests at the Lekki toll gate.

The protesters who have been demanding for an end to police brutality alleged that they were attacked early this morning as a truck rammed into cars parked around the area.

Photos from the scene show cars destroyed, including a Range Rover and a Lexus.

This isn’t the first alleged attack on End SARS protesters. On Thursday, October 15, thugs poured out of a huge bus to attack protesters in Alausa, Ikeja, Lagos. They were armed with machetes and other harmful objects. Prior to that, protesters in Abuja were attacked on Wednesday, October 14, by thugs.

To protect themselves, protest organizers hired private security to guard protesters across different states in the country. However, the alleged attack at Lekki happened very early and took protesters by surprise.

Below are tweets from Lekki End SARS protesters calling for help and a video showing the destroyed cars. 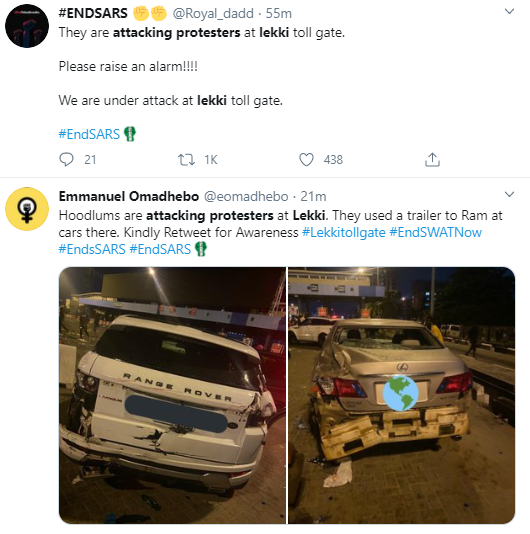 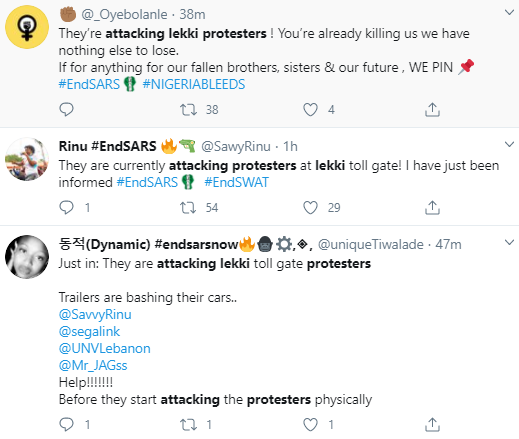 I am still going to choose family over everything else

OPEC, Allies To Meet To Thrash Out Cuts Deal – Newspot