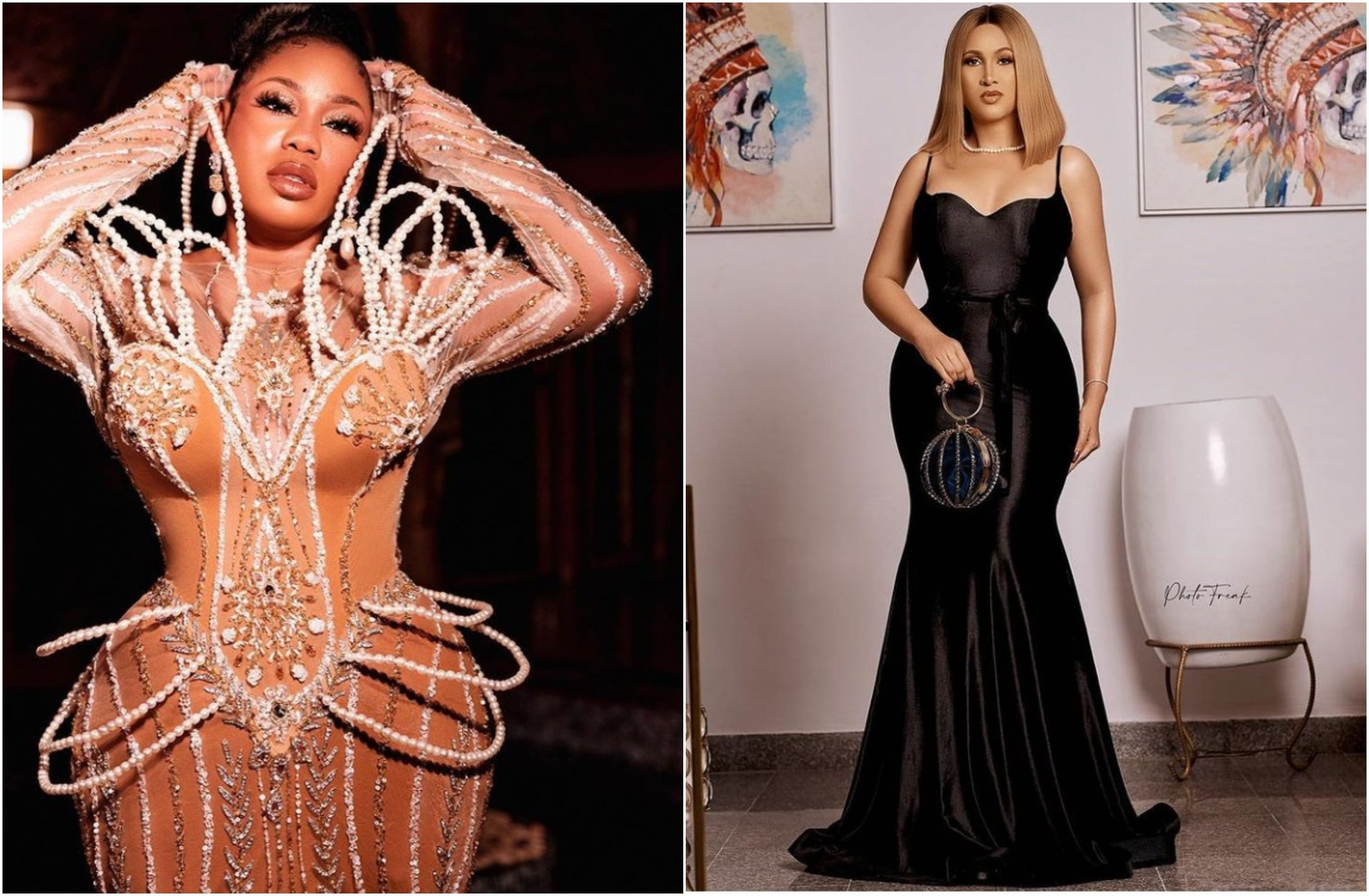 Caroline who took the first shot, also claimed that her relationship with Toyin Lawani fell apart after she refused to sign artists that the designer brought to her record label.

She alleged that Toyin was dating a married man and her relationship with the married man ended because people were giving him information about Toyin’s movement.

See her tweets below;

Responding to this, Toyin Lawani alleged that Caroline slept with her (Toyin) ex whom she claimed is married. She noted that Caroline is good at “covering her tracks and pointing fingers”.

Toyin also accused the actress of ruining her relationship to the man she was engaged to, which inadvertently led to her and her daughter being pushed out, with her store being taken away from her.

Toyin who continued dragging Caroline, reiterated that she allegedly slept with her ex-boyfriend and also “cooked up lies”.

Toyin also alleged that Caroline’s ex still pays her bill. She further claimed that one day “people will see past Caroline’s yellow face” as she also couldn’t ”keep her marriage with all the threesomes.”

Toyin also dared Caroline to deny sleeping with her ex whom she was engaged to.

Caroline on her own part, claimed that Toyin Lawani was not engaged. She also disclosed that she only visited Toyin’s ex “for business”.

See the tweets below…….

In another tweet, Toyin alleged that the fact is Caroline allegedly “slept with her ex” and she doesn’t “make fake accusations” like the actress.

While Caroline accused Toyin of being a “stray dog and home wrecker”, Toyin insisted that Caroline was the reason her (Toyin) relationship ended. She also accused Caroline of going behind her after the relationship ended, to sleep with her ex.

As the duo continued trashing themselves on Twitter, Toyin alleged that “Caroline will look you dead in the eye and build a lie that can kill”.

Though Caroline claimed that Toyin has been accusing her of things she had nothing to do with, Toyin insisted that she slept with her ex-boyfriend.

Firing back at Toyin, Caroline alleged that the designer is a lesbian and has been trying to sleep with her, an allegation Toyin described as lies.

However after Toyin Lawani dared her to swear with her children’s name that she didn’t sleep with her ex and that there’s no truth in what she’s saying, Caroline responded by saying a “Bible-swearing will be better”.

Toyin Lawani also said “amen” to a prayer for thunder to “fire” who is lying. See the tweets below……