Julio Tavares scored the winner as Cape Verde began their Africa Cup of Nations campaign with a 1-0 victory on Sunday over Ethiopia who played most of the game with 10 men.

The Saudi-based striker headed Cape Verde ahead in first-half stoppage time in Yaounde after Ethiopia had defender Yared Bayeh sent off with just 12 minutes gone.

Cape Verde, whose three Cup of Nations appearances have all come since 2013, won for just the second time at the tournament and sit level on points with hosts Cameroon at the top of Group A. 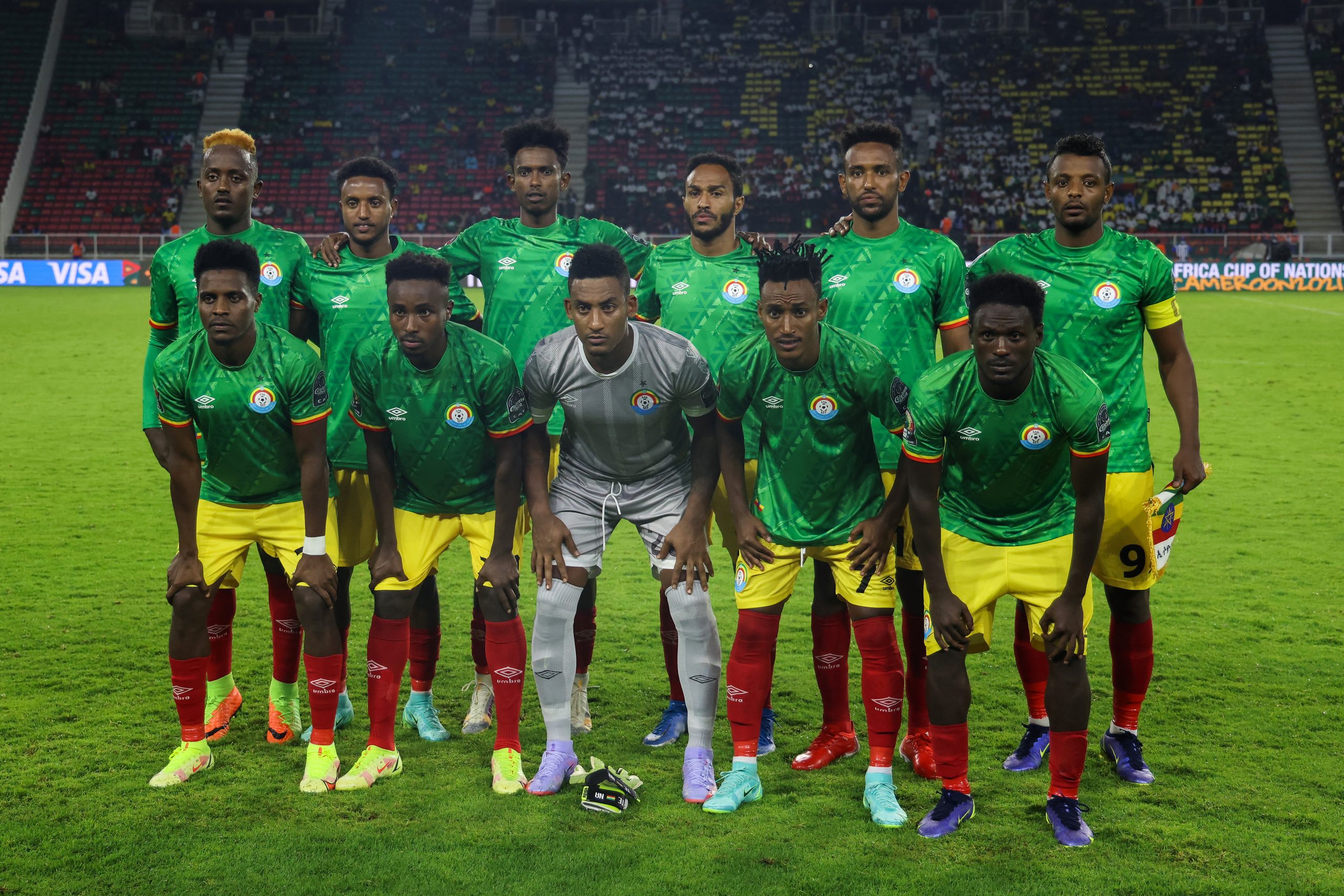 The Ethiopia football team pose for a group photo ahead of the Group A Africa Cup of Nations (CAN) 2021 football match between Ethiopia and Cape Verde at Stade d’Olembé in Yaounde on January 9, 2022. (Photo by Kenzo Tribouillard / AFP)

Ethiopia faced an increasingly uphill challenge after Bayeh’s yellow card was upgraded to red following a VAR review for his tackle on Tavares as the Cape Verde player ran through on goal.

Teklemariam Shanko produced a brilliant save to claw the ball to safety after Ethiopia defender Mignot Debebe diverted a cross towards his own goal.

Cape Verde made their extra man count late in the first half as Garry Rodrigues hooked a cross back towards goal where it was nodded in from close range by Tavares.

An inspired Shanko kept Ethiopia in the game with a string of stops, but they created little in attack to trouble Cape Verde and already look set for an early exit with games to come against Cameroon and Burkina Faso.