Nollywood actress, Angela Eguavoen has taken her time to research the best way to deal with married men who are attracted to school girls. 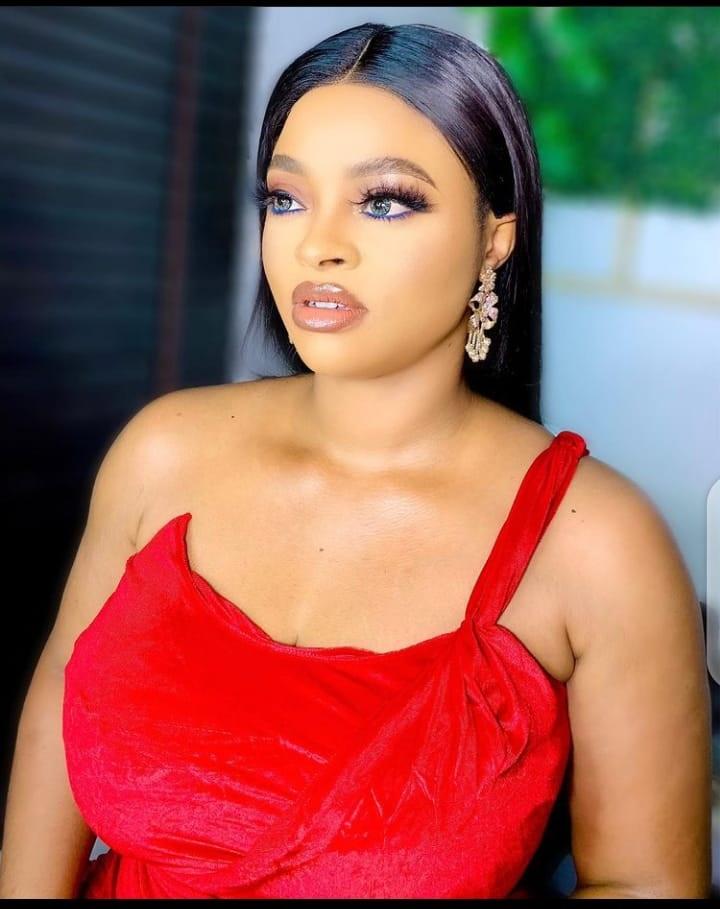 Angela Eguavoen took to her Instagram stories to opine that married men who chase after teenagers are “agbalagba”.

To curb this behavior of theirs, they should insist on their wives playing sexy for them by wearing school uniforms.

Since they are attracted to little girls in school uniforms, she claims; it just might help curb their foolish sexual behavior.

Here’s what she wrote: 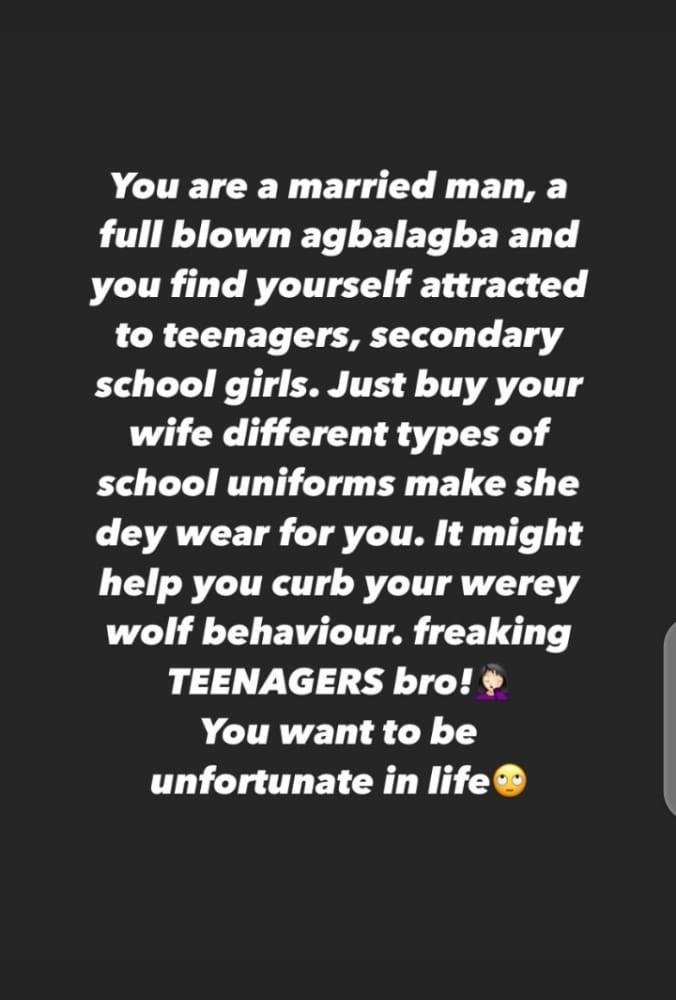 ABOUT US
Newspot Nigeria is specifically to bridge the gap between the conventional media and the growing social media, special packaging of news reports and features on socio economic and political events in Nigeria, across Africa and the rest of the world. Contact: [email protected]spotng.com
Contact us: [email protected]
FOLLOW US
© Copyright © 2020 | Developed byDominion Web
MORE STORIES