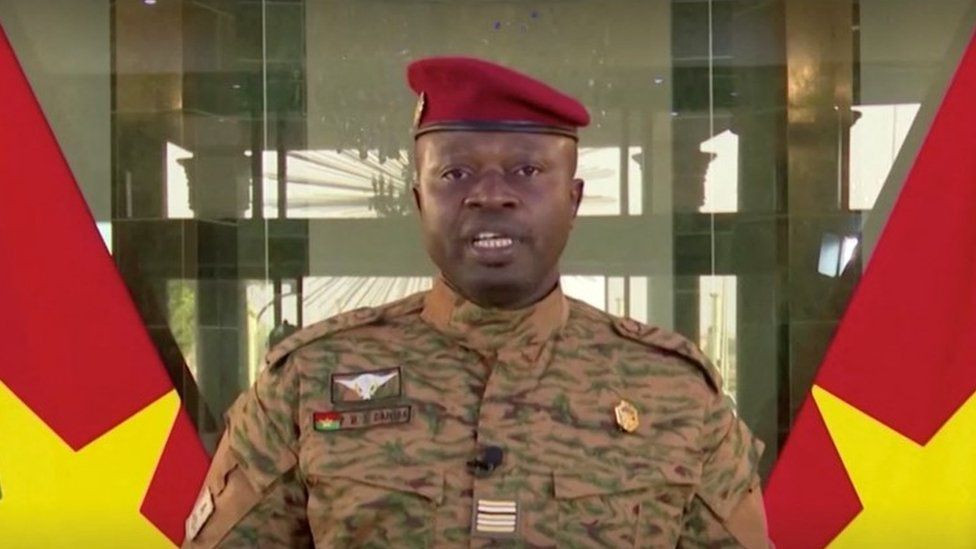 Lieutenant Colonel Paul-Henri Damiba, the new military leader of Burkina Faso has given his first speech since taking over power.

On Monday, January 24, Damiba led a coup that ousted President Roch Kaboré. He blamed the president for failing to contain violence by Islamist militants. His move follows moves in other African countries Mali, Guinea and Sudan who have carried out successful coups in recent times.

The coup has been met with swift condemnation by the African Union, ECOWAS  and the United Nations.

Wearing a red beret and army fatigues, Lt-Col Damiba on Thursday night, January 27, addressed the country for the first time on national television since taking power. He promised a return to the normal constitutional order “when the conditions are right”.

“When the conditions are right, according to the deadline that our people will define in all sovereignty, I commit to a return to a normal constitutional order,” he said.

Lt-Col Damiba, 41, said he will meet representatives of various sections of society to agree on a roadmap for reform.

He added that Burkina Faso needs international partners “more than ever”, following condemnation of the coup.

“I call on the international community to support our country so it can exit this crisis as soon as possible.”

Former president, Kaboré had faced growing discontent over his failure to stem an Islamist insurgency in the country.

Lt-Col Damiba, has been at the forefront of the fight against Islamist militants and even wrote a book on the topic last year.

Guinea and Mali have had sanctions imposed on them by regional bloc Ecowas to force them to return to constitutional order.

Ecowas says it will meet on Friday January 28, to discuss how to respond to the Burkina Faso’s latest coup.