Before the commencement of the meeting, the president swore-in the new Minister of State for Works and Housing Alhaji Mu’Azu Jaji Sambo at the Council Chambers.

The Senate had on December 21, confirmed the nomination of Sambo as Minister-Designate after he was screened on Tuesday. The President had nominated Sambo as a ministerial nominee from Taraba State.

Sambo replaces the former Minister of Power, Mr Sale Mamman, who was sacked in September, 2021 alongside Mister Sabo Nanono, the former minister of Agriculture and Rural Development. 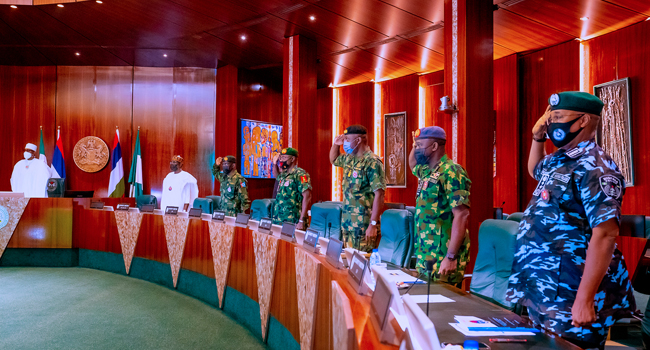