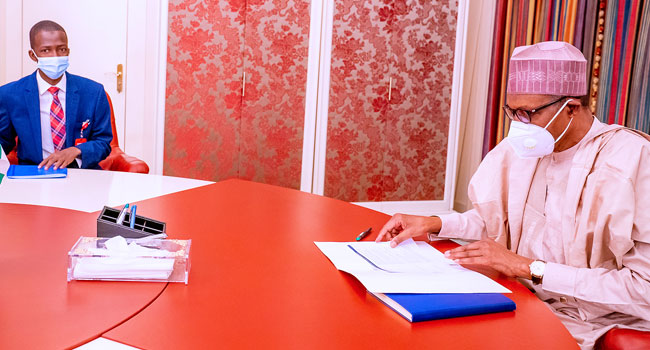 They met behind closed-door at the Statehouse in Abuja.

The Minister of Justice and Attorney-General of the Federation (AGF), Abubakar Malami, joined in the meeting minutes after it commenced.

Though the agenda of the meeting was not confirmed, the discourse is not unconnected with Bawa’s mandate as the new EFCC boss. 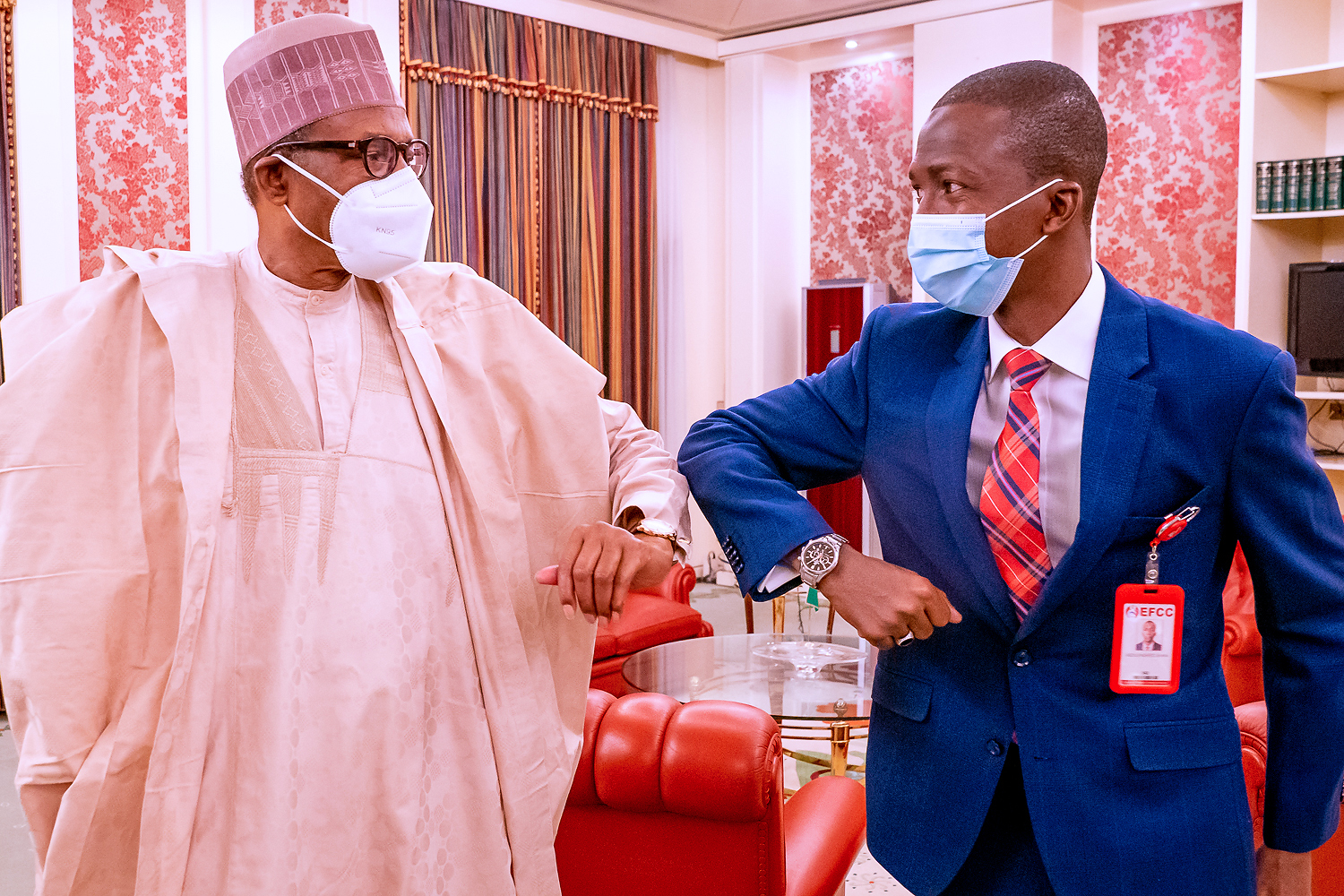 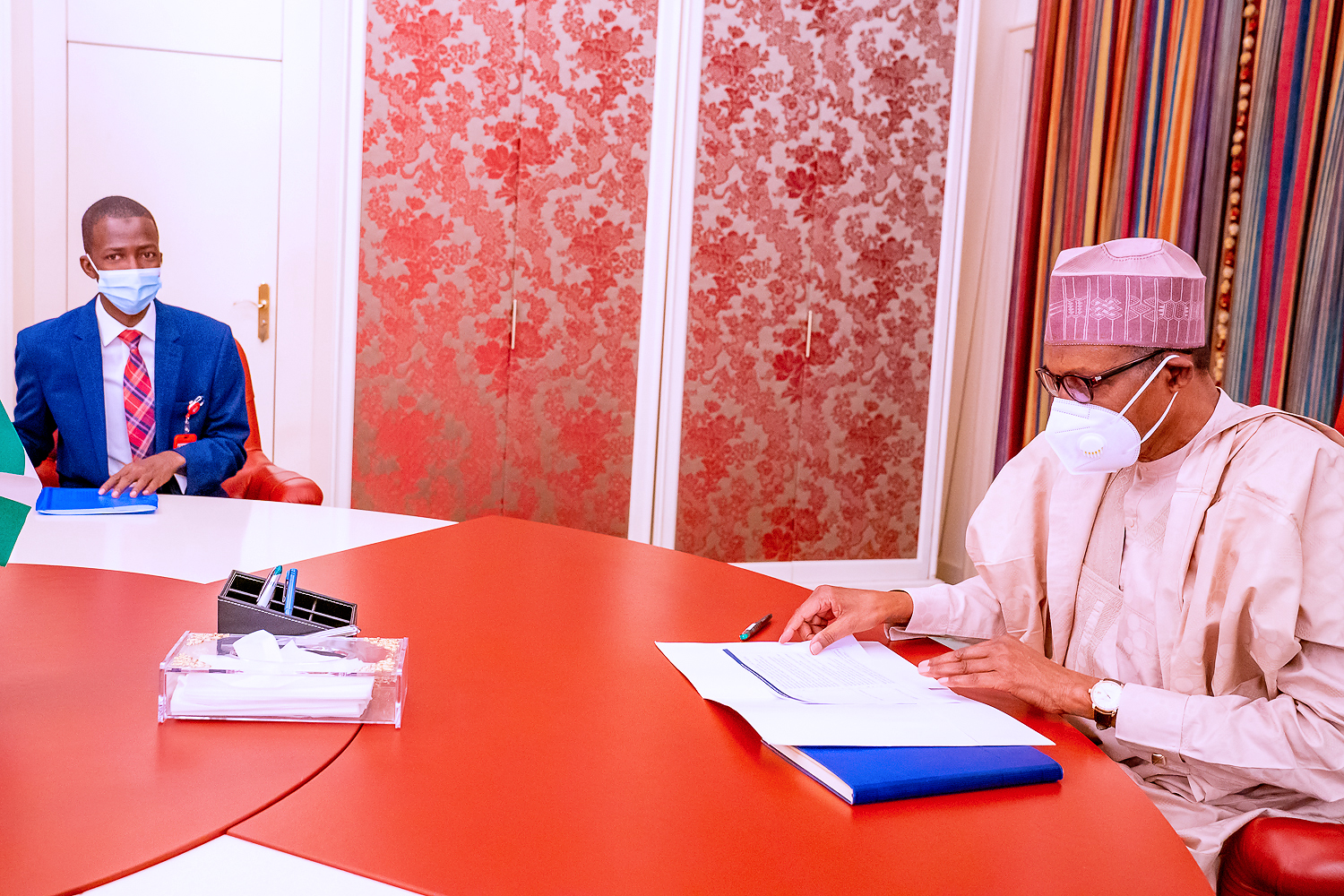 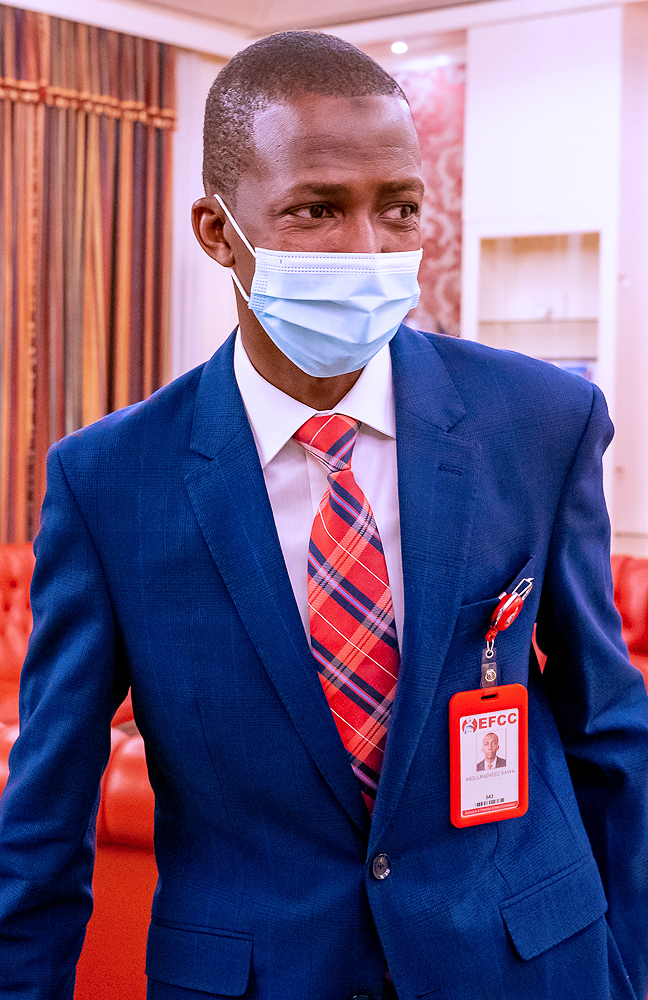 On Wednesday, February 24, the Nigerian Senate confirmed Abdulrasheed Bawa as the new chairman of the Economic and Financial Crimes Commission (EFCC).

while appearing before the lawmakers, Bawa said his performance as EFCC boss will pave new paths to governance for young Nigerians.

Bawa who was confirmed after being screened by the legislators said it is the dream of every patriotic Nigerian to see the nation growing to a greater height, adding that he will love to contribute his quota in seeing that the country soars.

Earlier while introducing himself and his goal for the antigraft agency, the EFCC Chief stated that he would love to help the nation recover all stolen assets for the betterment of Nigerians.

The seasoned investigator said he will work with strategic partners around the world to see that Nigeria benefits from the repatriation of assets stolen from her coffers.

According to Mr. Bawa, the EFCC will achieve its independent objective by sharing information with its partners.

He was of the opinion that the constitution will guide his actions, adding that at the end of his tenure, the EFCC will be a better place than he met it because his training by the FBI and the National Crime Agency of the United States and the United Kingdom respectively will come in handy.

Responding to questions regarding what he will do differently from his predecessors, Mr. Bawa said he will reposition the commission by ensuring that it strengthens its standard operating procedures and improve on them.

He also stressed that there will be more transparency and accountability.