Home National Britney Spears says she should have slapped her sister and mother across...
Facebook
Twitter
WhatsApp
Telegram
Email 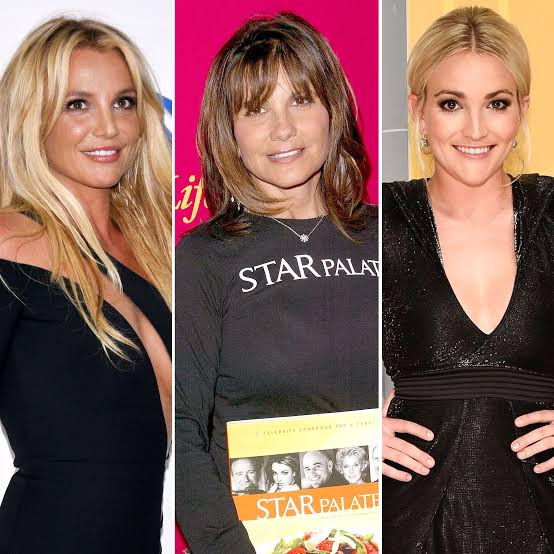 Britney Spears says she should have “slapped” her sister Jamie Lynn and their mother across their faces because of the lack of support from them.

Britney took to Instagram on Tuesday, Jan. 18, to reveal that she felt unsupported after her breakup from Justin Timberlake in 2002.

She narrated coming home after her breakup to find her sister watching TV and her mother on pain medication after splitting from her dad, with no one there to support her.

The 40-year-old singer then took aim at her sister Jamie Lynn Spears, 30, for having gotten a cushier upbringing and a starring role on TV when she was just a child, while she (Britney) had to work all her life for everything.

She also blasted her mother Lynne Spears for not being supportive, adding that Justin Timberlake’s family was all she knew for many years.

She wrote: “I flew home to Jamie Lynn on the couch watching her tv shows right after Justin and I broke up… I was a ghost there !!!!!

“I had worked my whole life and I didn’t know how to be served by Mamma … Sit there and get served the chocolate milkshakes with the perfectly crushed ice with the secret chunky sugar meanwhile Jamie Lynn is 12, she indulges with the TV for hours then goes to lay out on a raft at the pool … I’m in shock because this was never my life !!!!

“Justin’s family was all I knew for many years … Things were different now and Jamie Lynn had a new Nickelodeon show … All I remember saying was ‘DAMN !!! How the hell does a 12 year old land a Nickelodeon show ????’ …..

“HMMMMMMMM …. Well I never got my iced chocolate drink !!! I mean yeah … I’m grown up right ??? But then maybe I might need a little support …

“It was a People Magazine cover … The people show up and as Jamie Lynn says, I was scared !!!! Fuck yeah !!! My Mamma was on pain medication and could barely hold a conversation in the house because her and my dad split and she was more messed up than anything !!!!

“I remember her sitting on the floor in a conversation and she never got up… and I’m sorry Jamie Lynn, I wasn’t strong enough to do what should have been done … slapped you and Mamma right across your fucking faces !!!!!” 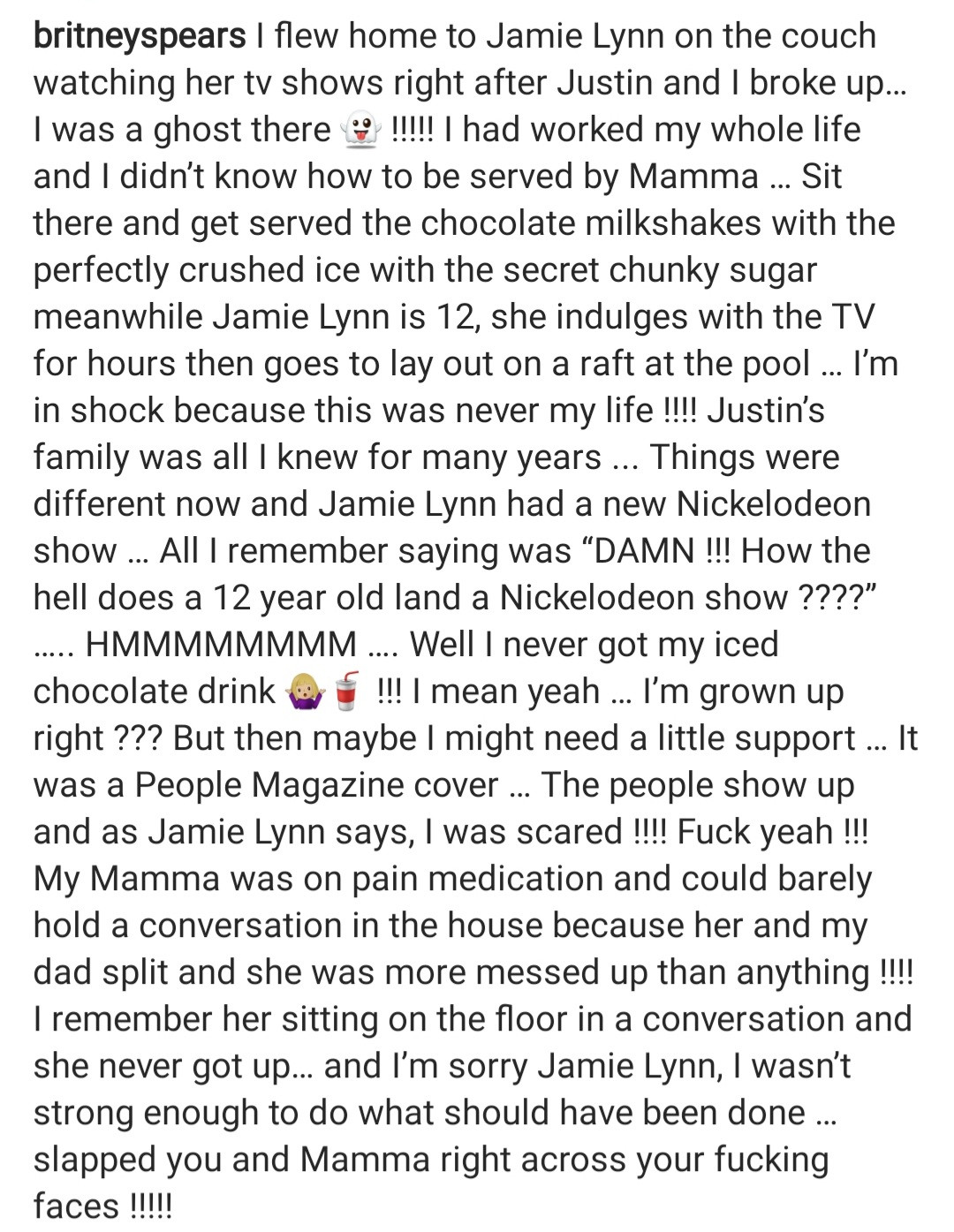