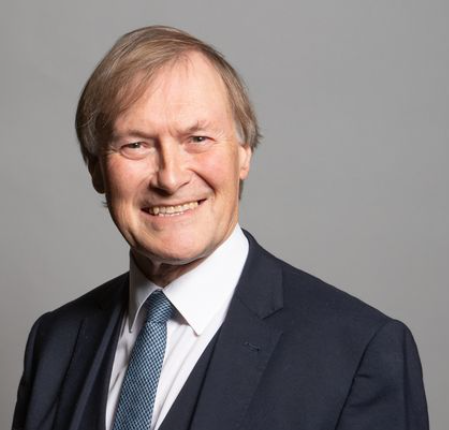 The Conservative MP, who represented Southend West in Essex, was reportedly attacked by a man who walked into a church in Leigh-on-Sea where he was hosting a constituency surgery on Friday afternoon, October 15.

The 69-year-old long-serving public servant remained in the Belfairs Methodist Church for at least two hours following the incident at around 12.05pm receiving treatment, according to reports.

An air ambulance was at the scene, as were other emergency vehicles, with the area sealed off and placed on lockdown. Essex Police arrested a 25-year-old man, then later confirmed the victim had died.

The force tweeted just after 3pm to confirm the victim had died. Later they named Mr Amess as the victim.

“We are now in a position to confirm the man who died in #Leigh-on-Sea today was Sir David Amess MP.

“We were called to an address in Eastwood Road North shortly after 12.05pm today to reports Sir David, 69, had been stabbed.

“Despite the best efforts of paramedics, sadly, he died at the scene.

“A 25-year-old man was arrested on suspicion of murder and is currently in custody.

“We have recovered a knife from the scene and are not looking for anyone else in connection with the incident.”

The statement went on to appeal for any CCTV, dashcam or doorbell footage.

Flags at parliament have been lowered to half mast following Sir David’s death.

It is not clear if the MP’s wife, Julia Arnold, was with him at the time, although she does help him with casework.

Just minutes before the attack at around 11.45am, Mr Amess is said to have been out on the street greeting constituents.

Former British prime minister Tony Blair said he was “shocked and horrified” by the news.

“David and I came into Parliament together in 1983,” he said in a statement.

“Though on opposite political sides I always found him a courteous, decent and thoroughly likeable colleague who was respected across the House.

“This is a terrible and sad day for our democracy.”