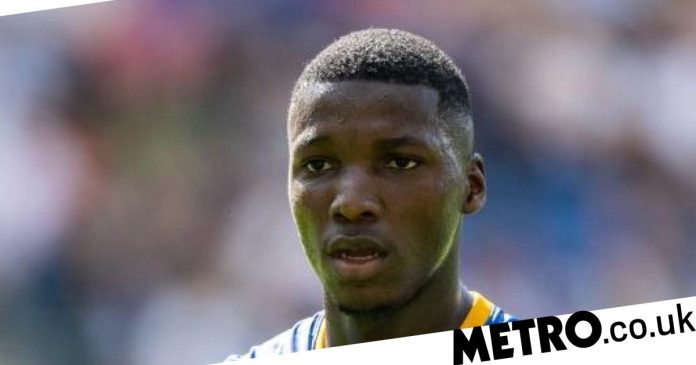 Caicedo is wanted by Arsenal, Liverpool and Chelsea with the Blues seeing a bid of £55million reportedly turned down by the Seagulls last week.

It is thought an offer of at least £75million would be needed to tempt Brighton into a sale this month with the club looking for a potential replacement in the form of Haidara.

Leipzig however have rejected Brighton’s offer, according to the Guardian. The Bundesliga side, who are just four points off league leaders Bayern Munich in the German title race, are not interested in a sale this month with the player accepting the club’s decision.

The 24-year-old has a clause in his contract allowing him to leave in the summer should a Champions League club enter the fray. Manchester United and Liverpool have previously been linked with the Mali international.

Chelsea meanwhile remain interested in signing Caicedo this month but may have to wait until the summer with Brighton holding firm.

The Blues are eager to strengthen their options in midfield and are preparing another offer for Benfica star Enzo Fernandez.

The Argentina international has a release clause of £106m with Chelsea failing to agree a deal earlier this month.

Graham Potter’s side offered to pay £112m spread across three yearly instalments, with reports also suggesting they offered £87m plus Hakim Ziyech and two other players on loan.

Benfica however are adamant he will not leave unless that clause is paid in full, with head coach Roger Schmidt confident the player will not push to leave this month.

Asked if he was confident of Fernandez staying, Schmidt told a press conference on Wednesday: ‘Yes. When you see Enzo playing for Benfica you see a very happy player, in great shape.

‘He’s not thinking about anything else. I’m not expecting to lose any of our regulars, and that’s why I see very focused players and I hope this stays that way’.

Chelsea also have long-term interest in West Ham United captain Declan Rice but Arsenal have now taken the lead in the race to sign the England star.


MORE : ‘He’s not thinking about anything else’ – Benfica confident Enzo Fernandez will stay despite new Chelsea bid