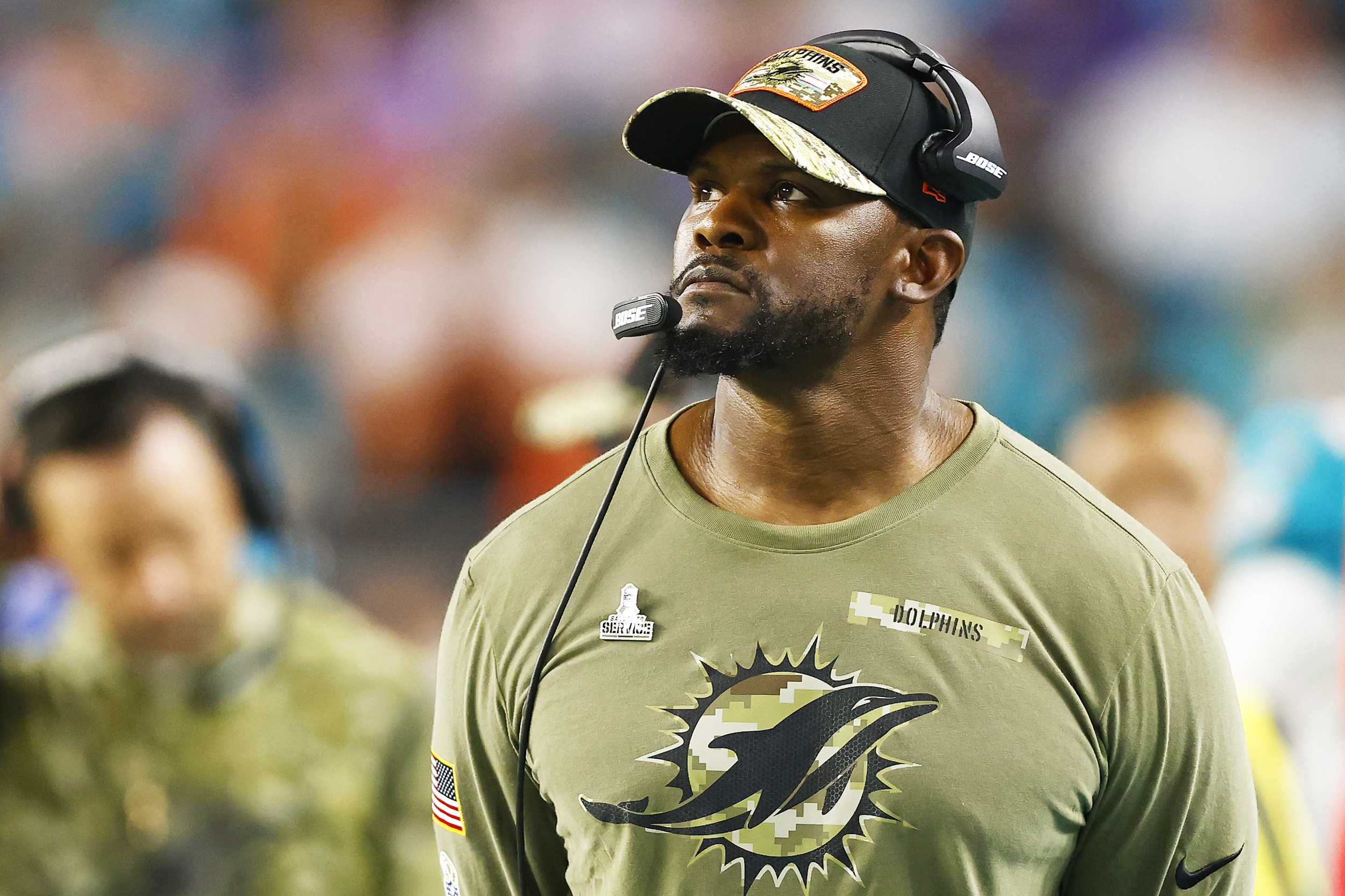 “The Rooney rule is intended to give minorities the opportunity to sit down in front of ownership,” Flores said on “CBS Mornings” the day after he filed the lawsuit. “But I think what it’s turned into is an instance where guys are just checking the box.”

“I’ve been on some interviews in the past where I’ve had that feeling, there’s no way to know for sure, but you know, and I know I’m not alone,” Flores said.

The NFL’s “Rooney Rule” mandates that every team must interview a minority candidate for head coach, general manager and top assistant coach positions.

After the dismissal, Flores became a top coaching candidate throughout the league and lined up an interview with the Giants.

But the interview, he said, was for show.

Three days before Flores interviewed for the job, which went to Brian Daboll, New England Patriots coach Bill Belichick accidentally texted Flores to congratulate him on the job, Flores said.

When Flores expressed his confusion, Belichick texted: “Sorry … I double checked and misread the text. I think they are naming Brian Daboll. I’m sorry about that. BB,” the lawsuit said.

“I’ve worked so hard to get to where I am in football to become a head coach, for 18 years in this league, and to go on what was a sham interview,” Flores said Wednesday. “I was hurt.”

“It was a range of emotions — humiliation, disbelief, anger,” he added.

The Giants insist that they interviewed Flores in good faith and nearly hired him.

“We are pleased and confident with the process that resulted in the hiring of Brian Daboll. We interviewed an impressive and diverse group of candidates,” the team said in a statement Tuesday.

“The fact of the matter is, Brian Flores was in the conversation to be our head coach until the eleventh hour,” it said. “Ultimately, we hired the individual we felt was most qualified to be our next head coach.”

Meanwhile, Dolphins senior vice president and spokesman Jason Jenkins said: “We vehemently deny any allegations of racial discrimination and are proud of the diversity and inclusion throughout our organization.”

“The implication that we acted in a manner inconsistent with the integrity of the game is incorrect,” Jenkins said.

The NFL denied Flores’ allegations and said it would fight the suit.

“The NFL and our clubs are deeply committed to ensuring equitable employment practices and continue to make progress in providing equitable opportunities throughout our organizations,” the league said in a statement.

“Diversity is core to everything we do, and there are few issues on which our clubs and our internal leadership team spend more time,” it said. “We will defend against these claims, which are without merit.”

Flores and his attorneys said the statement was disappointing because it doesn’t address systemic issues in the NFL or indicate an awareness of what he alleges is a racial discrimination problem within the league.

Flores said he filed the suit, with complete knowledge that it could hurt his employment prospects with the NFL, in an effort to “create change.”

“I absolutely want to coach in the league but I know that I’m not the only story here,” Flores said.

There is now just one Black head coach in the NFL — Mike Tomlin of the Pittsburgh Steelers.

“I think we didn’t have to file a lawsuit for the world to know that there’s a problem,” Flores said. “The numbers speak for themselves.”