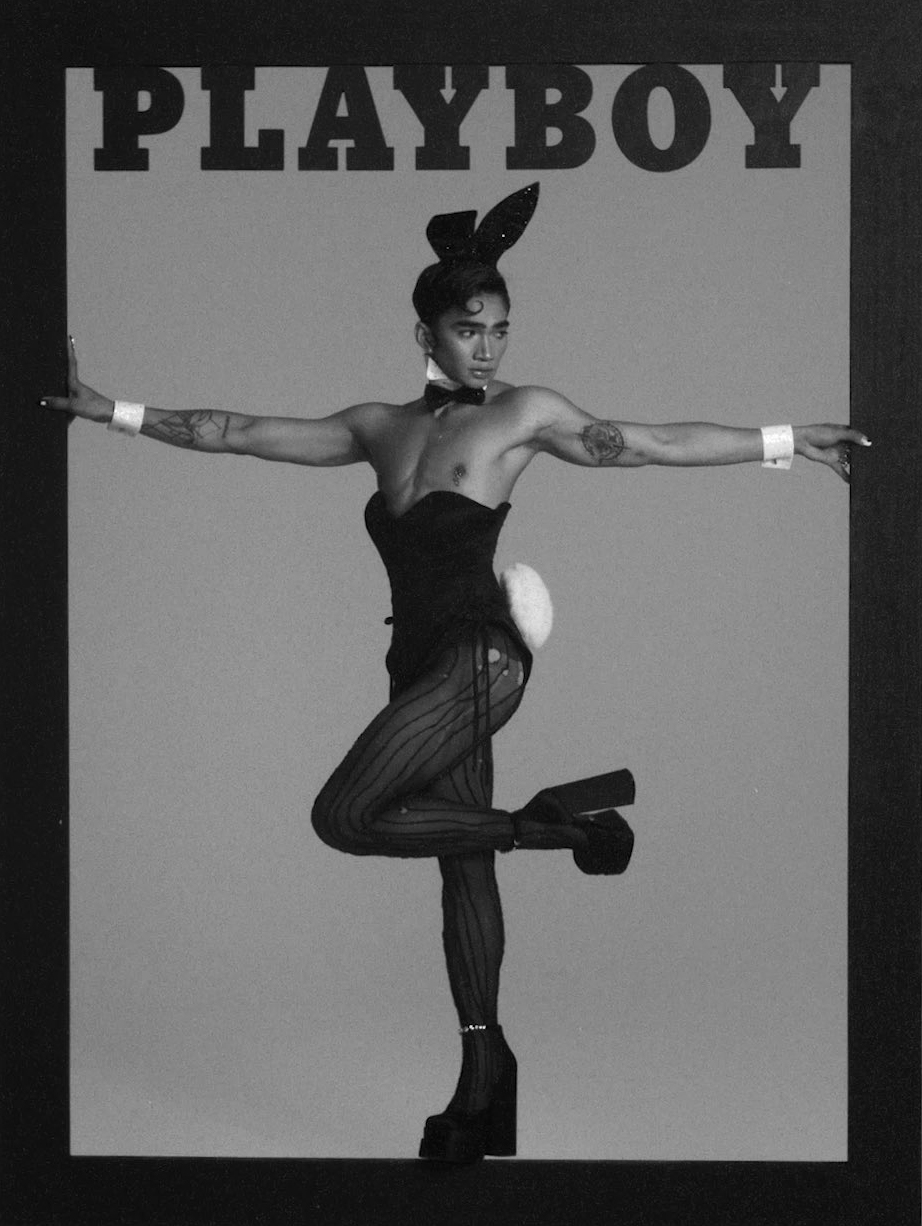 Since rising to fame from his makeup tutorials on YouTube, Playboy’s October digital cover star has launched a beauty line, starred in his own MTV reality show and amassed an audience of more than 17 million Instagram followers. Simultaneously, Rock has become an outspoken advocate for the LGBTQ community.

In a Twitter post, Playboy, which was founded in 1953 and transitioned to digital-only content last year, shared a quote from Rock noting the historic nature of his cover shoot.

“For Playboy to have a male on the cover is a huge deal for the LGBT community, for my brown people community and it’s all so surreal,”  Rock, who is Filipino American, said. “A total ‘is this even f——- happening right now?’ type of vibe. And I’m so pretty.”

Rock is the third man to appear solo on the cover of the cult-fave publication — known for its high-gloss nude photographs of women — following the magazine’s founder, Hugh Hefner, and the musician Bad Bunny, who appeared on Playboy’s digital cover in 2020.

The social media star’s historic appearance on Playboy’s cover also marks the latest instance of the magazine breaking barriers for the LGBTQ community.

Anthony Allen Ramos, LGBTQ advocacy group GLAAD’s head of talent, praised Playboy’s inclusion of Rock on its cover, calling it a ”powerful step forward in the ongoing movement towards greater diversity and inclusion in fashion and modeling.”

Rock has previously told NBC News that he hopes his fame will provide LGBTQ people with greater representation in the media, which he said he lacked growing up.

“I didn’t really see anyone like me on TV,” he said in an interview in February. “I literally don’t even remember seeing any, like, gay Filipinos on TV until I started watching ‘Drag Race’ and saw Manila [Luzon], and I was like, ‘Oh, my God! You look like me.’”

Aside from appearing on-screen in his reality show, which aired earlier this year, Rock starred in the fourth season of YouTube Premium’s series “Escape The Night,” playing the role of “The Playboy.”

The magazine will be releasing more pictures and video content accompanied by an interview of Rock later this month.