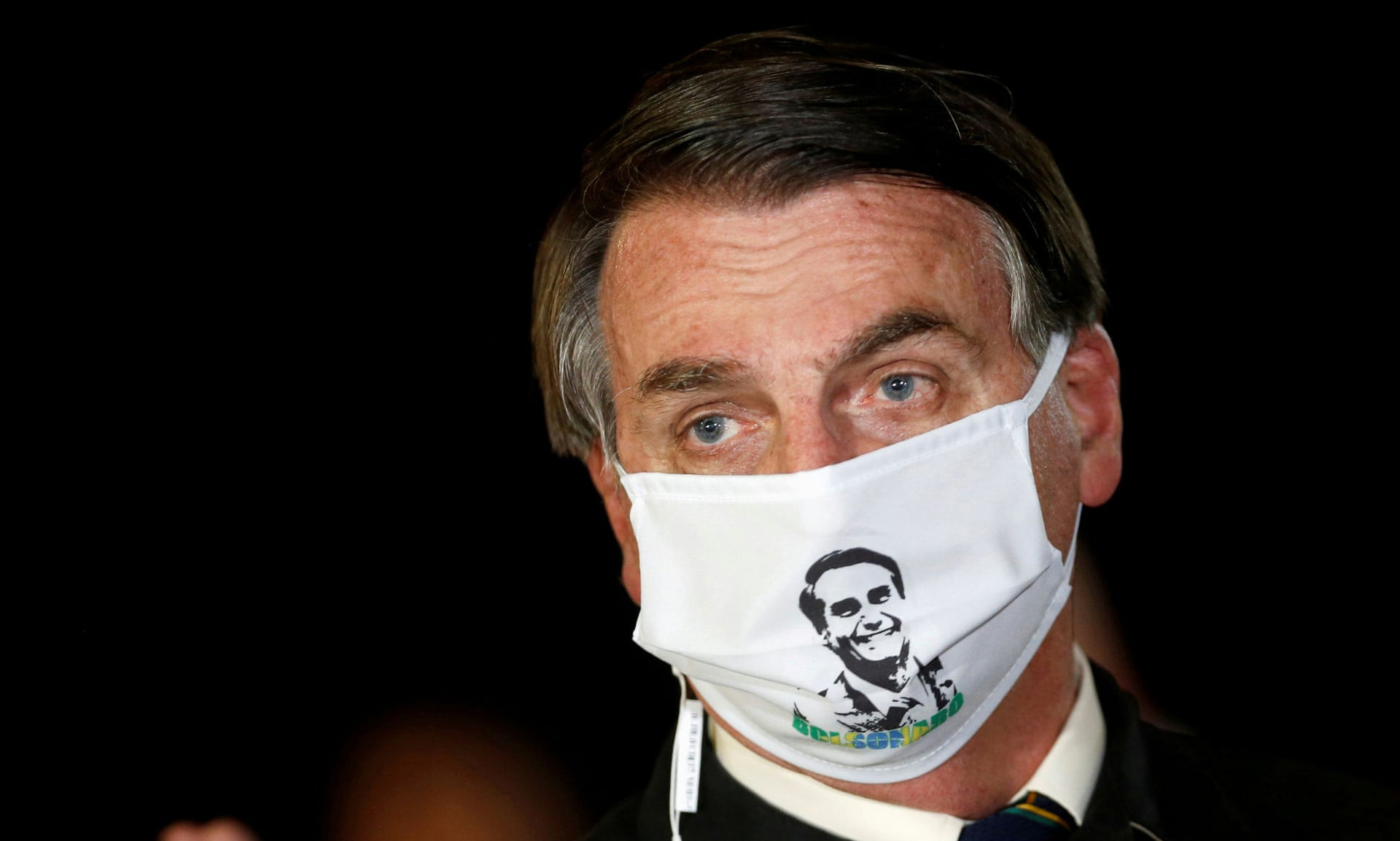 Brazilian president, Jair Bolsonaro, has announced live on television that he has tested positive for Coronavirus but feels ‘perfectly well’ and has only mild symptoms.

‘I’m well, normal. I even want to take a walk around here, but I can’t due to medical recommendations,’ Bolsonaro told a group of journalists on Tuesday, July 7 – insisting he had only mild symptoms.

The right-wing leader, 65, told supporters in Brasilia  on Monday July 6 that he had been tested at a hospital and that an X-ray showed his lungs were ‘clean’.

‘I can’t get very close,’ he said in comments recorded by Foco do Brasil. ‘I came from the hospital. I underwent a lung scan. The lung’s clean.’

The test was his fourth Coronavirus test, having tested negative three times in March after meeting with US president Donald Trump in Florida.

Bolsonaro has been widely criticized for his response to the Coronavirus outbreak in Brazil, with many blaming him for the high death toll and cases. Brazil currently has no permanent health minister after two officials quit the job in less than a month after clashing with Bolsonaro over the pandemic.

The South American country has suffered one of the world’s worst outbreaks of the coronavirus, with more than 1.6 million confirmed cases of Coronavirus and over 65,000 deaths, according to data compiled by Johns Hopkins University.