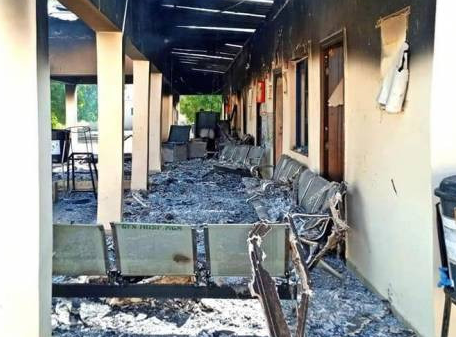 Suspected Boko Haram members have attacked Magumeri community in Borno State, destroying the only functional telecommunications mast, a hospital recently equipped by the Borno State Government and other facilities.

According to reports, the insurgents invaded the community at about 4pm on Monday, August 17, shooting sporadically. The military airstrike engaged the sect members in a gun battle but it did not deter the sect members who destroyed anything in sight. A woman was reportedly killed in the crossfire while several other persons sustained injuries.

Magumer which has witnessed a series of Boko Haram attacks, is about 40km drive from Maiduguri, the state capital.

See more photos from the attack below 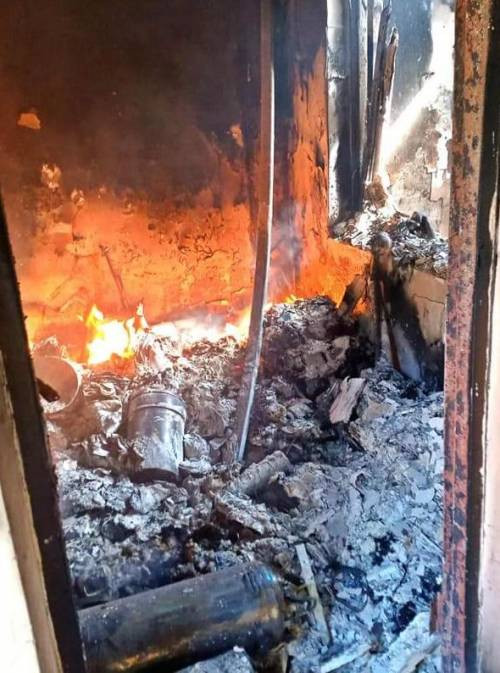 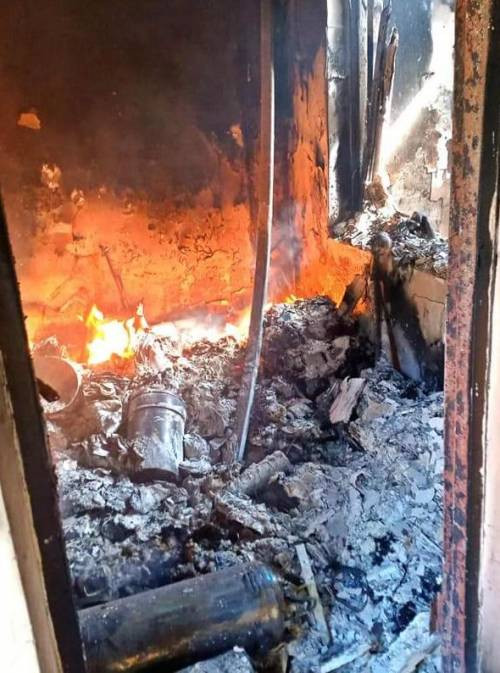 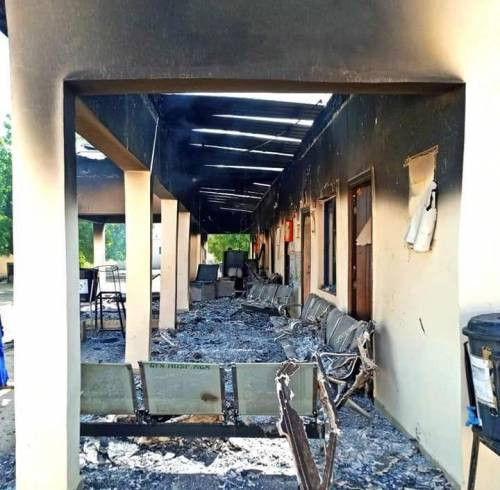 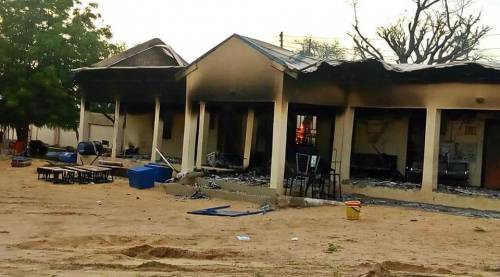