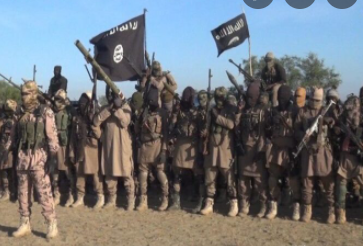 The secretary to Niger state government, Ahmed Matane, says Boko Haram and a faction of the Islamic State in West African Province (ISWAP) are setting up camps in the state.

Matane disclosed this at a press conference in Minna, the Niger state capital today November 24. The SSG said these groups have been telling communities that they are “God-send” and want to establish a caliphate. He mentioned that the insurgents have also been asking the residents of the state to forsake western education and embark on “civil disobedience”.

“These people often go to communities to communicate with them and assure them that they will not harm them, and join them during Friday congregational prayer to preach to them on the need to forsake western education and embark on civil disobedience.

Now they have made some audio recordings saying that they are there, that they are not kidnappers, that they are a religious organisation that is poised to establish a caliphate that will deal with issues of criminality and other related issues.

ISWAP is trying to establish a camp at National Park at Babana in Borgu LGA of the state.”he said