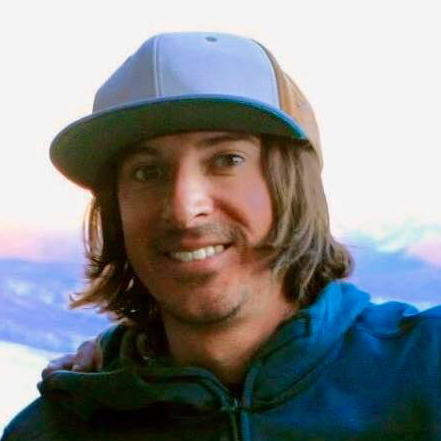 The body of a 43-year-old avid skier who was reporting missing Christmas evening was found Saturday morning near a residential neighborhood, more than 3 miles from the California resort he was riding the day he went missing, authorities said.

Search and rescue teams discovered Rory Angelotta’s body about half a mile from the Schaffer’s Mill community near the town of Truckee, the Placer County Sheriff’s Office said in a statement.

Sheriff’s officials said Angelotta may have been trying to reach safety in the neighborhood after he ended up out-of-bounds during one of the storms that struck the area in December.

“It is possible Angelotta was attempting to find the neighborhood near Truckee when he succumbed to the elements,” the sheriff’s office said. “There was no indication of any suspicious or unusual activity.”

The exact cause of death will likely be determined by the county coroner, part of the sheriff’s office.

Friends reported Angelotta missing shortly before 10 p.m. after he didn’t show up for a planned Christmas dinner, authorities said. He said he would be skiing that day, and sheriff’s officials said his lift pass was used about 11:30 a.m. at Northstar California Resort, one of the Sierra Nevada snow resorts near Truckee and Lake Tahoe.

The day brought a serious storm with what the sheriff’s office described in a Dec. 27 statement as “avalanche danger, strong winds, whiteout flurries, frigid temperatures, and heavy snow loads.”

Authorities closed Interstate 80 through Donner Summit on Christmas Day and the day after because visibility was dangerously low.

Searchers combed the mountains late Christmas night and continued to search for Angelotta for the next four days before determining that, after additional storms dumped 7 feet of snow amid freezing cold, he wouldn’t be found alive.

The search for the skier, who moved to the Truckee area from Colorado in October and was the general manager at a ski boot shop in the area, was suspended Dec. 30, officials said. The search included teams from the Nevada County Sheriff’s Office, Tahoe Nordic Search & Rescue Team and the California Highway Patrol. Dogs and helicopters were used.

On Saturday, sheriff’s officials said the area where his body was found was far enough away from the resort that it had not been included in the searches.

His family released a statement via the sheriff’s office:

“The Angelotta family is deeply touched by the overwhelming outpouring of prayers and support during this extremely difficult time and personally wants to thank everyone that accompanied in the search and assisted them during these last two weeks,” it said.

A California clerk was fatally shot by a robbery suspect, police say. The suspect won’t be charged with murder.