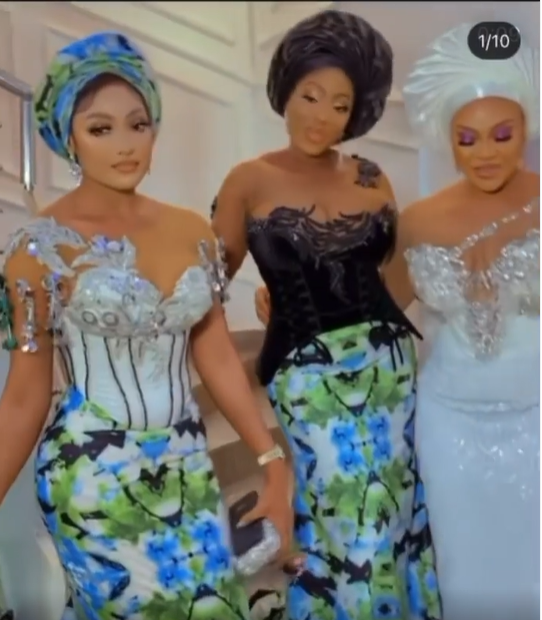 Though Bobrisky was spotted in a convoy earlier while arriving the city, he was however not seen with those he was on the ride with at the burial ceremony.

The cross-dresser who also makes loud statements at events with the way he sprays money, was also not seen when those at the event began spraying money.

Bobrisky is also yet to share videos of him participating in the event which took place yesterday January 8.

This is coming after Bobrisky took to Snapchat to share a video of him with the geo-location “Benin”, after a man who shared a video from the field the burial ceremony took place, stated that they have no connection with him and that he took a 12pm flight back to Lagos after an outrage he triggered by asking the Oba of Benin to marry him.