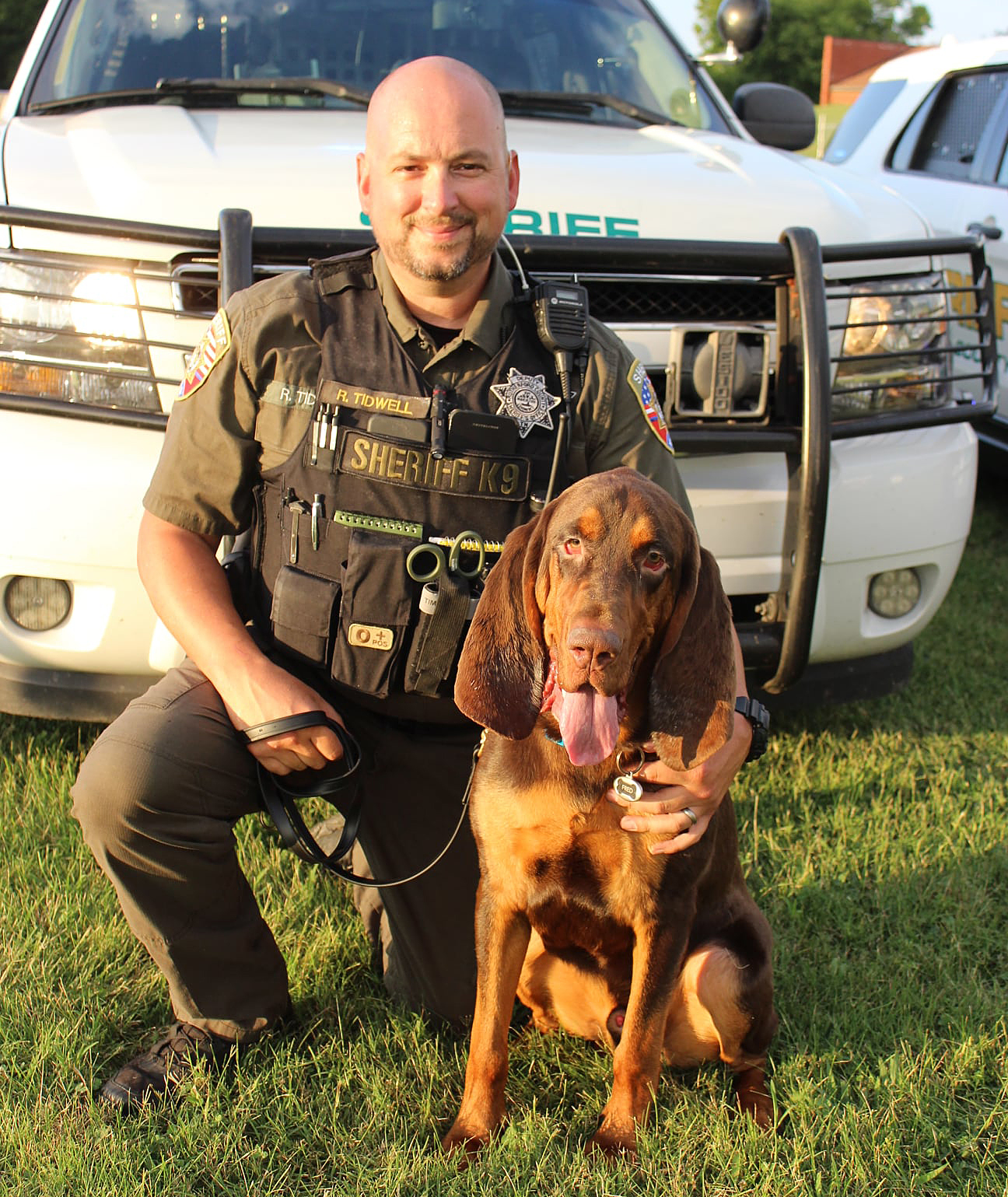 A bloodhound is being called a hero after helping to track down a 6-year-old girl who had been missing since May, according to Tennessee officials.

Fred the bloodhound successfully led authorities to a barricaded outbuilding where the girl and her father were located nearly one month after the child was allegedly abducted by her father.

The girl, who had been removed from the custody of her 34-year-old father in March after they had been found camping out under a bridge, had been missing since May 26, according to the Dekalb County Sheriff’s Department.

Authorities spent the last several weeks looking for the missing child using thermal imaging airplanes and drones, and were able to narrow down a suspected location where they thought they might find her.

That’s when Fred was enlisted to assist with the search. Using an item authorities obtained that belonged to the father, Fred was released near the suspected location and tracked the father’s scent directly to the outbuilding where both the missing girl and her father were found, according to the Rutherford County Sheriff’s Office.

Officers had to make a forcible entry at the scene and the girl and her father were found in the back of a shed, behind blankets that were hanging from a makeshift clothesline, the Rutherford County Sheriff’s Office said.

“The door to the outbuilding was barricaded and the windows had been covered up with metal. There was no ventilation and air conditioning inside the small outbuilding,” according to a statement released by Dekalb County Sheriff’s Deputy Patrick Ray.

“There was barely any food or water for the child,” Ray said. “The outbuilding had a strong ammonia smell where the two had been urinating and defecating in a five gallon bucket.”

Upon finding the missing girl, Fred “licked her face and she gave him a big hug,” said Fred’s handler, K9 Deputy Richard Tidwell.

Since her recovery, the girl has been released to the custody of the Tennessee Department of Children’s Services.

“Everyone was prepared to stay on scene until the little girl was safely located and out of harm’s way,” said Sgt. James Holloway of the Rutherford County Sheriff’s Office. “It is an honor to serve alongside some of the most dedicated and highly trained first responders in the country.”

The father was arrested for child abuse or neglect. He also had warrants for failure to appear and custodial interference. His total bond is $175,000, according to the Dekalb County Sheriff’s Department.

For a job well done, Fred the bloodhound was rewarded with a feast of chicken and pizza crust, according to Tidwell.

“I praised him and loved on him,” Tidwell said in a Facebook post from the Rutherford County Sheriff’s Office. “I pulled the chicken reward out of my pocket. He ate the chicken and wanted to meet other people as if to say, ‘Look what I’ve done.’”

Hayley Vaughn is a News Associate with the Breaking News team

The top moments from the Tokyo Olympics opening ceremony

The top moments from the Tokyo Olympics opening ceremony