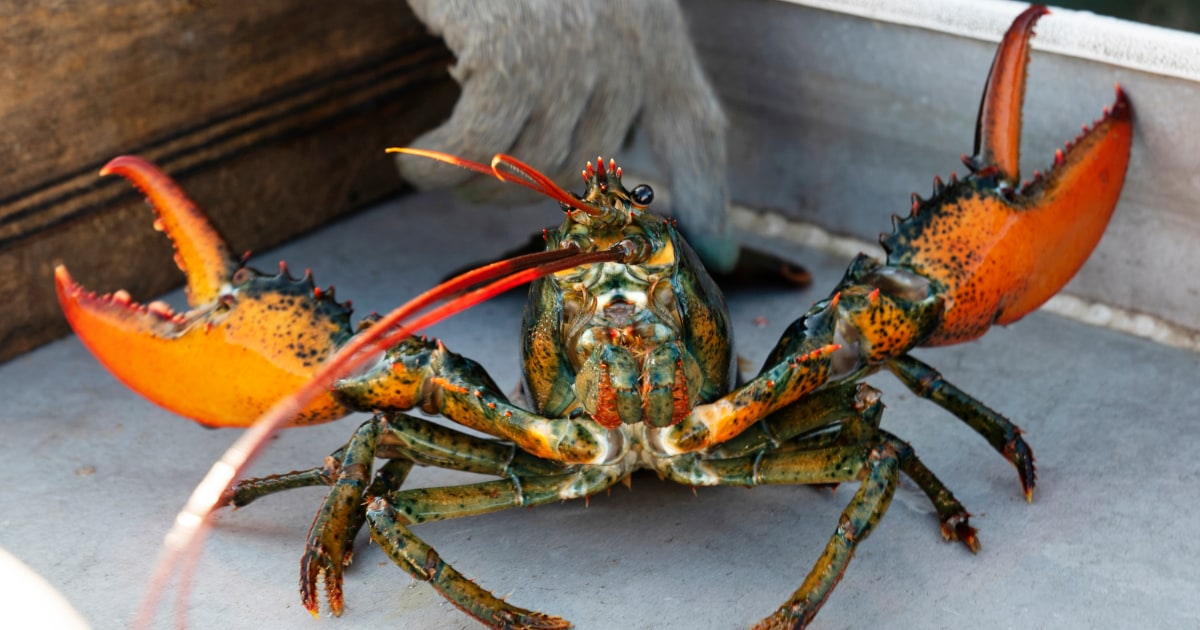 WASHINGTON — The lobster featured on the menu of Thursday’s state dinner comes with caviar, squash ravioli — and a heaping side of controversy.

Maine officials would typically be thrilled to have their state’s most famous export featured at such a high-profile White House event. Instead, they’re turning red and boiling with anger at what they feel is a shellfish decision by the White House to serve lobster while pushing federal regulations that they say could kill the industry.

“If the Biden White House can prioritize purchasing 200 Maine lobsters for a fancy dinner, @POTUS should also take the time to meet with the Maine lobstermen his administration is currently regulating out of business,” tweeted Maine Democratic Rep. Jared Golden.

The crustacean frustration is virtually unanimous among Maine politicians, who have come together to fight what they see as an existential threat to one of the state’s biggest industries and most iconic cultural touchstones.

“This is an issue that our federal delegation and state lawmakers, regardless of political party or ideology, are united on,” said Genevieve McDonald, a Maine lobster boat captain who served two terms as a Democrat in the State House representing a group of island communities. “It’s not just our economy, it’s our cultural identity and our sense of place.”

The lobster industry is feeling the pinch as concerns about lobstering’s impact on the endangered right whale, whose population is estimated to be below 370, have prompted new federal regulation and calls for boycotts.

Maine lobstermen have long prided themselves on sustainability and argue the concern about right whales is misplaced.

“I am glad President Biden and his State Dinner guests had the opportunity to enjoy Maine lobster,” Democratic Maine Gov. Janet Mills tweeted. “I also urge him and his Administration to recognize that all Maine lobstermen want is the opportunity to continue providing this product for people to enjoy without the Federal government crushing them under the weight of burdensome, scientifically-questionable regulations.”

There are no recorded whale deaths due to Maine lobster gear, they say, and the last recorded entanglement with fishing lines was 18 years ago. Some lobstermen who fish Maine’s waters everyday say they’ve never even seen a right whale.

The White House flew in 200 live lobsters from Maine Tuesday, which will be butter-poached and served with a dollop of American caviar to French President Emmanuel Macron and 300 to 400 other guests at President Joe Biden’s first state dinner.

White House Executive Chef Cris Comerford told reporters Wednesday that they wanted to “honor our lobstermen from Maine” who hustled to fulfill the large order.

“They ought to put their policy where their mouths are,” said Myron Ebell, the director of the Center for Energy and Environment at the right-leaning Competitive Enterprise Institute. “The administration should make their policy consistent with their culinary preferences.”

The Office of the First Lady, which oversees the state dinner preparations, did not respond to a request for comment.