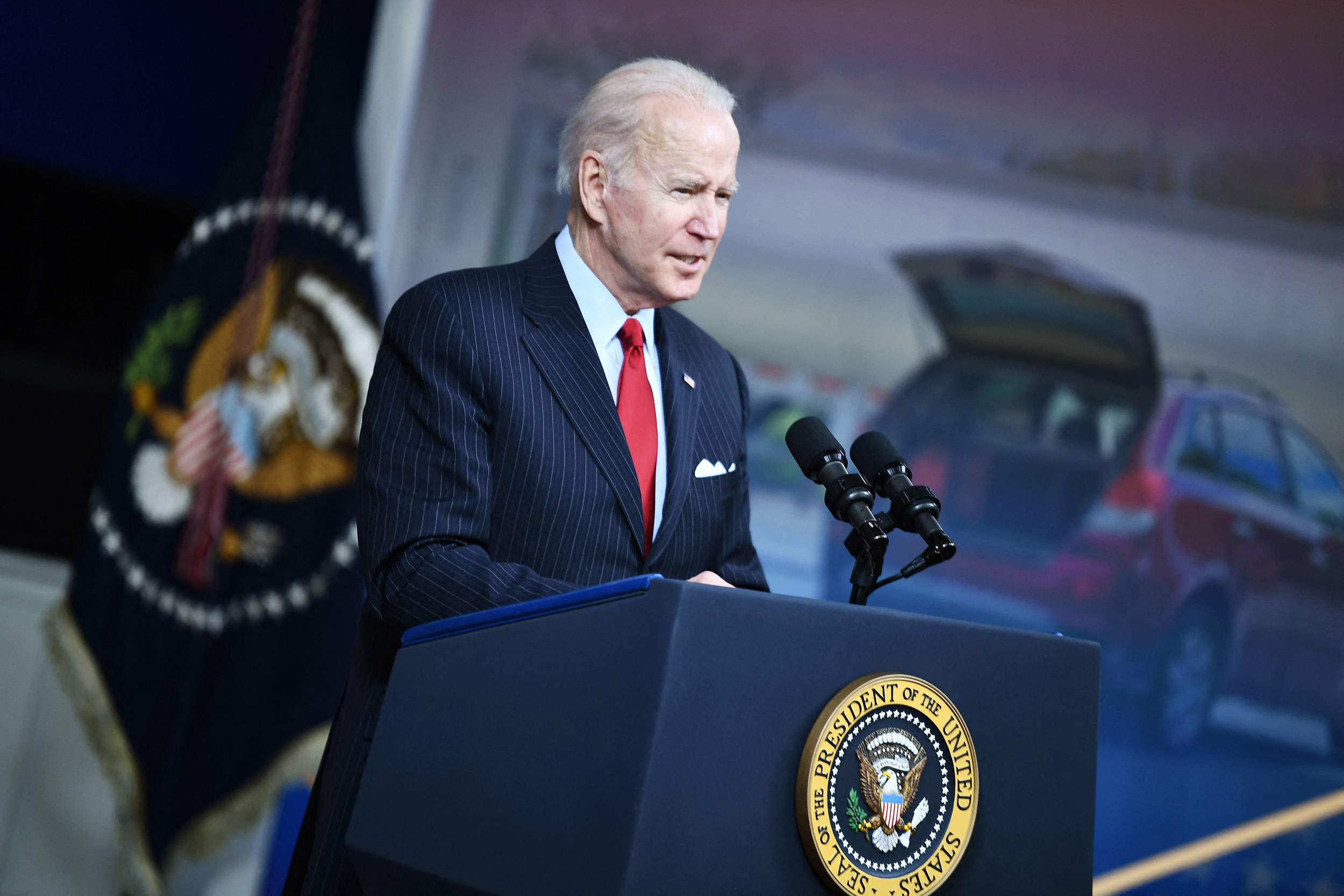 President Joe Biden said Wednesday that while the convictions of three men in the murder of Ahmaud Arbery were a reflection of a justice system that works, there is still much progress to be made on racial justice.

“While the guilty verdicts reflect our justice system doing its job, that alone is not enough,” Biden said in a written statement shortly after the verdicts were announced in Brunswick, Georgia. “Instead, we must recommit ourselves to building a future of unity and shared strength, where no one fears violence because of the color of their skin.”

Three white men were found guilty Wednesday of felony murder in the shooting death of Arbery, 25, who was running in their neighborhood when they pursued and confronted him last year.

Travis McMichael, 35; his father, Gregory McMichael, 65; and their neighbor William “Roddie” Bryan, 52, face up to life in prison for the state crimes.

The men are also expected to stand trial in February on federal hate crime charges. Arbery’s family and civil rights leaders have likened his death to a modern-day lynching.

Vice President Kamala Harris said the verdicts “send an important message, but the fact remains that we still have work to do.”

“Ahmaud Arbery was a son. He was a brother. He was a friend. His life had meaning,” she said. “We will not forget him. We honor him best by continuing the fight for justice.”

The McMichaels and Bryan chased Arbery in pickup trucks after they spotted him in their neighborhood outside Brunswick on Feb. 23, 2020. Travis McMichael shot Arbery with a shotgun at close range. Bryan recorded the fatal encounter on his cellphone; the video was eventually made public.

Sen. Raphael Warnock, D-Ga., said the verdict “upholds a sense of accountability but not true justice.”

“True justice looks like a Black man not having to worry about being harmed — or killed — while on a jog, while sleeping in his bed, while living what should be a very long life,” he said. “Ahmaud should be with us today.”

Republican Gov. Brian Kemp said in a statement that Arbery was “the victim of vigilantism that has no place in Georgia.”

“As legal efforts continue to hold accountable all who may be responsible, we hope the Arbery family, the Brunswick community, our state and those around the nation who have been following his case can now move forward down a path of healing and reconciliation,” Kemp said.

The deaths of Arbery and George Floyd fueled racial justice protests around the country last year.

Biden said Arbery’s killing was a “devastating reminder of how far we have to go in the fight for racial justice in this country.”

“Nothing can bring Mr. Arbery back to his family and to his community, but the verdict ensures that those who committed this horrible crime will be punished,” he said.

Lauren Egan is a White House reporter for NBC News based in Washington.