Actress and former big brother Naija housemate, Gifty Powers has revealed that she is a staunch supporter of America’s president Trump. 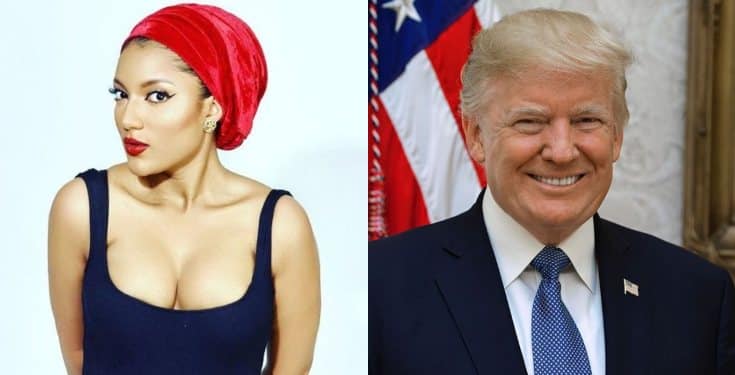 The reality star took to her Instagram page to pour encomium on Donald Trump and also prayed for him.

According to her, she doesn’t know what the world would have been without him.

she went further to pray for him to last as president forever;

“I am a huge fan of this amazing man.

There are a billion reasons why everyone should love this man.

I don’t know what this world would have been without you🤔.

@cnn or the world might not display the good you do or have done for people, but I know God ”gat” you, sir.

You are a Godsent to the world and I pray for you to remain on seat forever🙏.

We love you @realdonaldtrump •” she wrote. 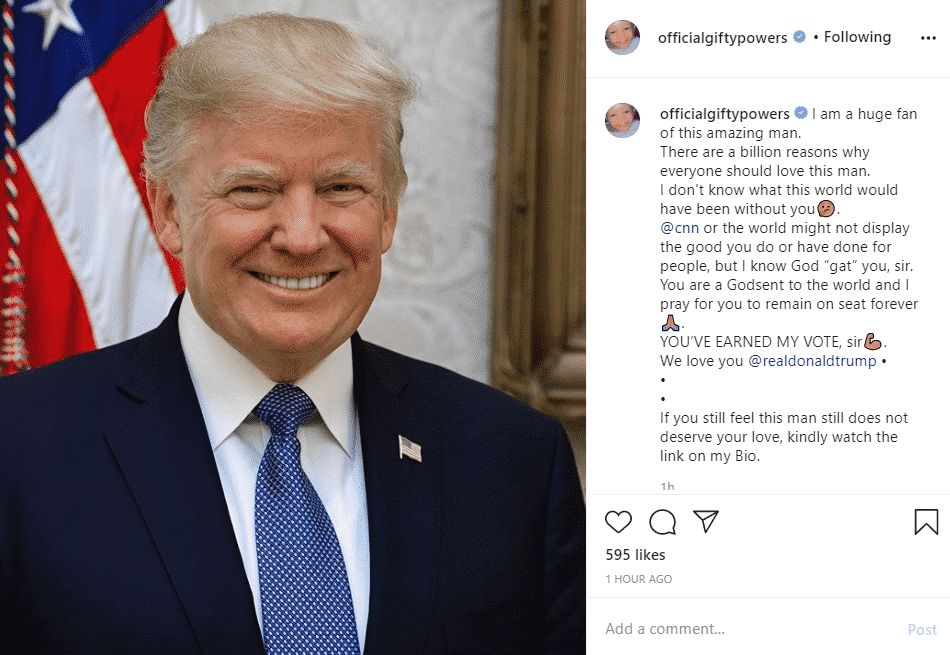 It could be recalled that Gifty moved to the U.S shortly after the end of BBNaija 2017, where she had her daughter with singer Mr 2Kay.

Why I’m yet to get married — Singer Waje

2023 Presidency: Tinubu, Akande, Fayemi will be held responsible if S’West...