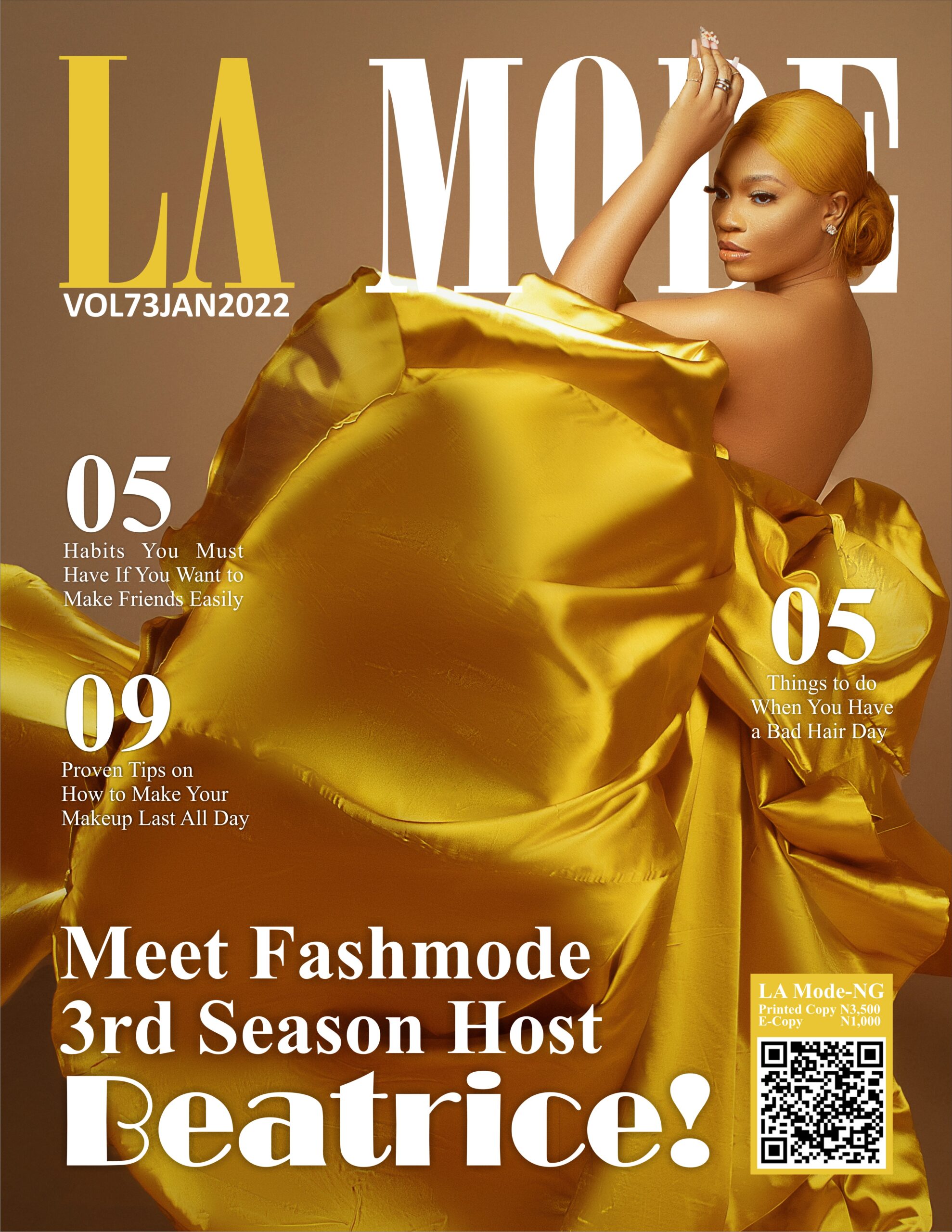 She’s also been named the official host of FashMode season 3.0 “The Trilogy.” FashMode is a reality TV program produced by La Mode Magazine that allows fashion designers and models to showcase their creativity and skills. At the end of the presentation, two winners are chosen (a model and a fashion designer). 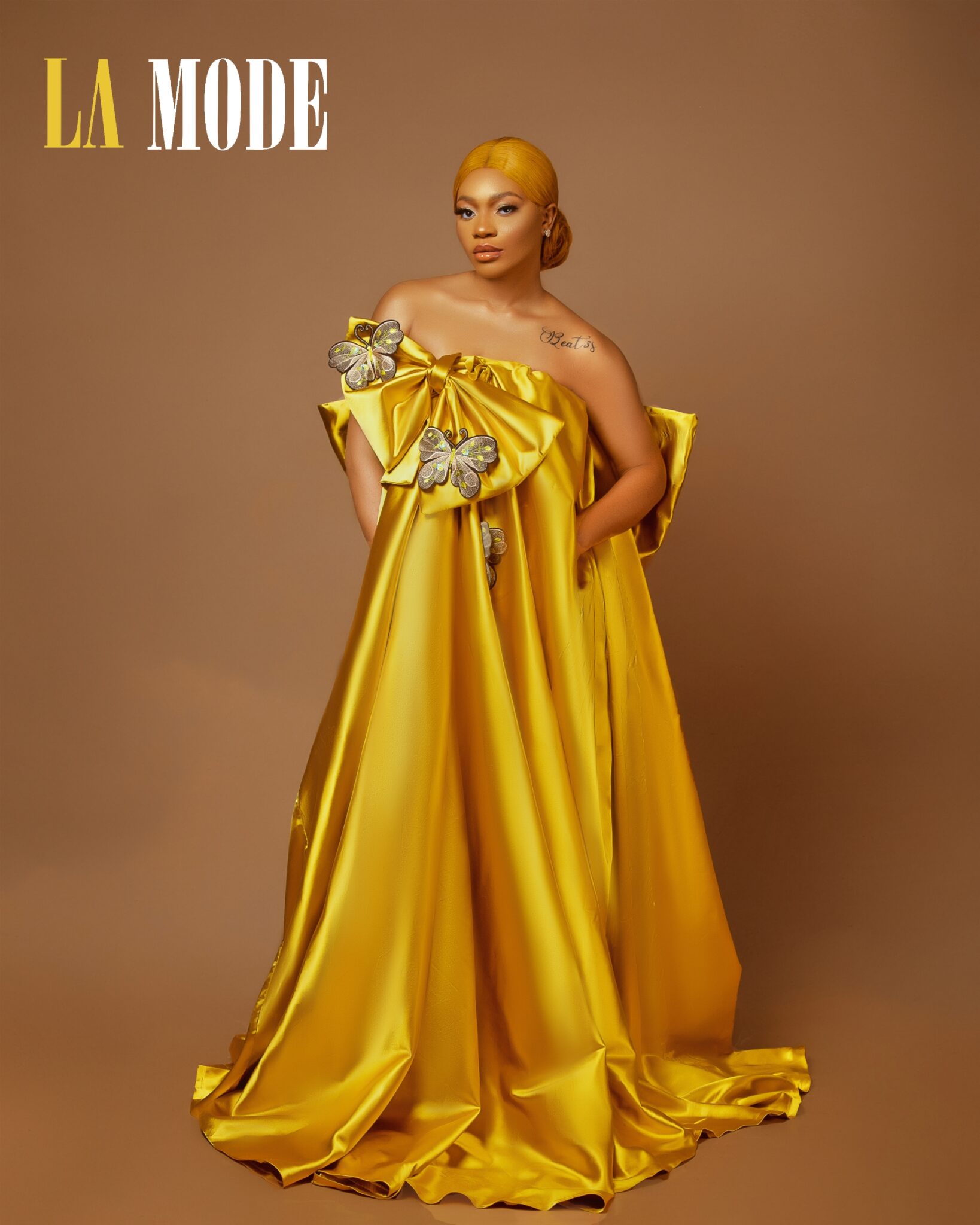 In this issue, Beatrice talks about life after BBNaija, who she really is outside of the public eyes, motherhood, career and much more.

On the cover, she wore a gorgeous gold strapless dress by Nonnistics. She had her golden hair tucked in a sleek back bun. The entire monochromatic colour play worked perfectly with the aesthetics of the cover.

Watch her interview below: