Newspot earlier reported that the 29-year-old housemate was dragged and chastised by many Nigerians for her alleged affair with fellow housemate, Boma.

Which led the married housemate, to flee Instagram for some time. However, the 29-year-old mother of one who’s back online recently shared a video of herself stepping out for an event.

Reacting to the video, curious fans questioned the former housemate, asking her if she was pregnant, to which she gave an affirmative response with laugh emoji.

While sharing the video of herself in a black dress, the reality TV star captioned it;

“Got OUTSIDE last night for @guinnessngr and it was lit cause BLACK is not dark, BLACK is GOLD” 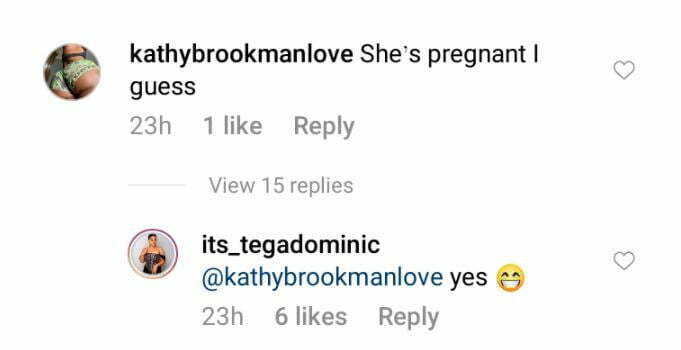 Recall that Tega Dominic recently returned back to Instagram days after she fled due to excessive bullying.

The reality TV star had tweeted that she was done with tolerating the online bullying and negativity also adding that she was not perfect.

She wrote: “I’m not perfect but I’m done! Done with negativity, online bullying and being judged constantly.

“I am mentally exhausted.”

Games Inbox: When will GameCube games be on Nintendo Switch?