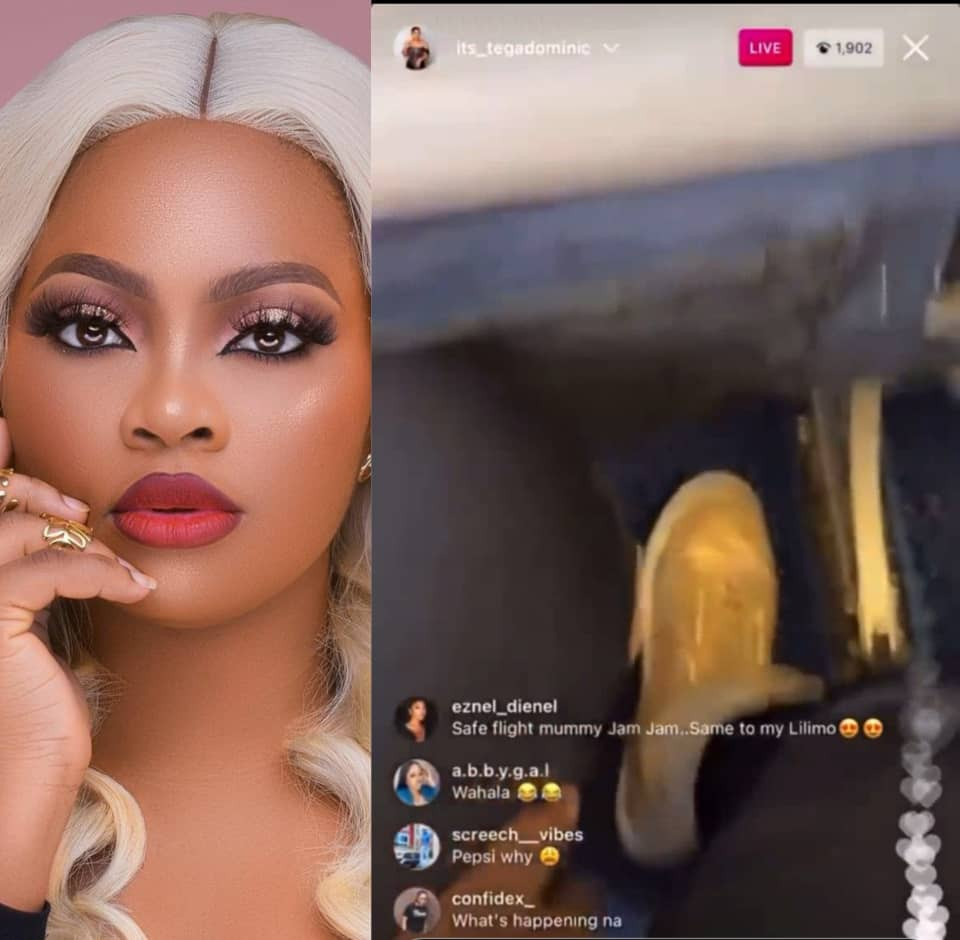 BBNaija “Shine Ya Eye” housemate, Tega Dominic, got on her Instalive this evening to complain about “no leg space” on the plane they were booked on to fly to Dubai for the One Africa Music Fest holding on Friday, November 26.

In her Instalive, a disappointed Tega shared footage showing the poor legroom in the flight that was boarded by her colleagues like Pere. Singer Timi Dakolo was also spotted in the aircraft.

”No leg room at all.”she said

Tega said the plane became empty at some point. It appeared people disembarked from the plane in protest.