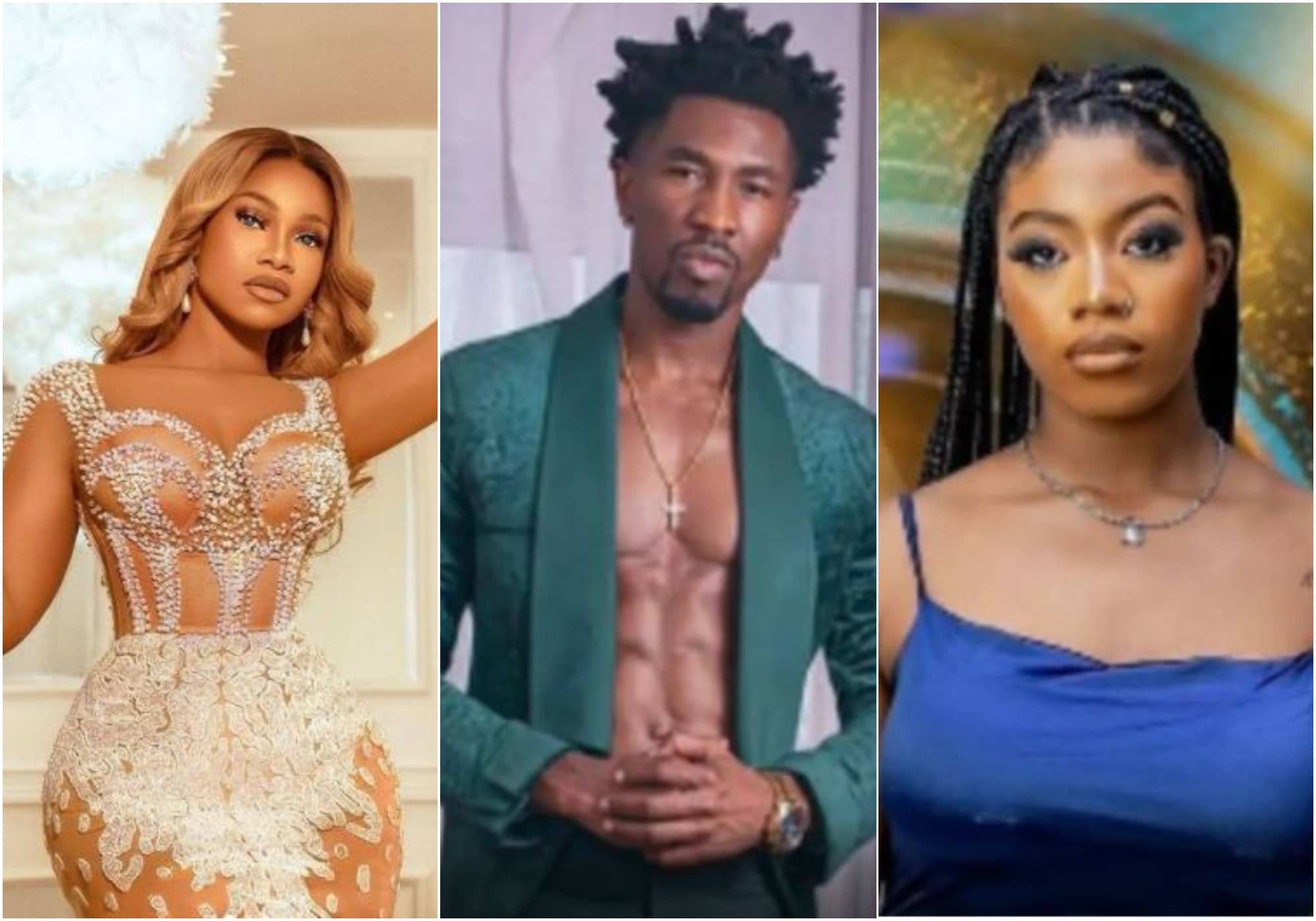 LIB had reported that the two housemates engaged in verbal insults which almost ended in fisticuffs after Boma accused Angel of telling Queen about their kiss in the executive lounge.

Tacha who reacted to how the heated exchange played out, stated that Boma is disgusting and also added that she would have been disqualified for the second time on the reality show if she was in Angel’s shoes. 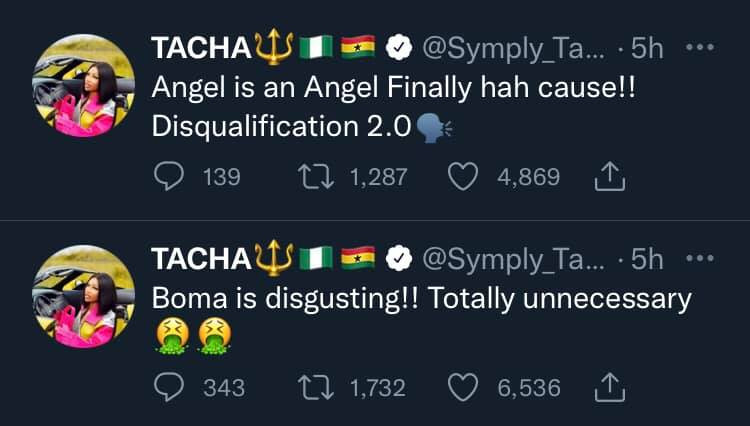 Tacha also cheered Angel on as she dragged Boma. 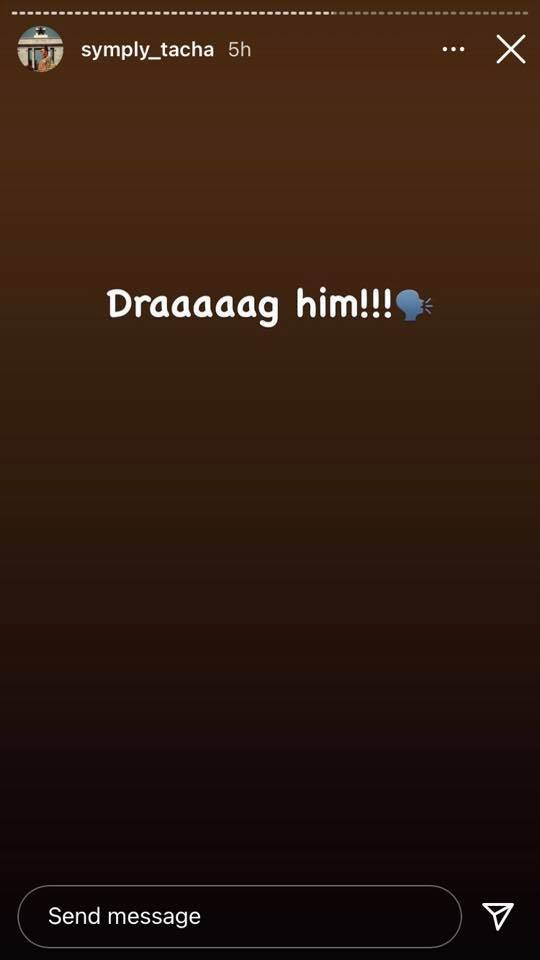