David Baddiel and Frank Skinner are about to send every England fan into meltdown as they prepare to reunite with The Lightning Seeds.

The Three Lions hitmakers are set to give an epic performance of the football anthem on The Last Leg and we’re not prepared in the slightest.

Joining hosts Adam Hills, Alex Brooker and Josh Widdecombe on the Channel 4 show, the football fanatics will be counting down to the final of the Euros 2020, which will see England face off against Italy and potentially win their first major tournament since 1966.

Basically, it’s a big one.

Three Lions was initially released in 1996 for the European Championships, which saw England knocked out in the semi-finals after Gareth Southgate missed a penalty against Germany.

It’s hit number one four times and – although the royalties are thought to be a little underwhelming – is now a staple at any England football game.

Recently writing in the Evening Standard, Baddiel explained how he and Skinner had wanted to write a song about the passion of fans and England’s tendency to lose important games.

He said: ‘Three Lions is a song about loss: about the fact that England mainly lose. We as fans — as English people — invest an enormous amount in the idea of England, and then, as experience suggests, England let you down.

‘We know this and yet we still — as the 98 version put it — believe. Football fandom is this, it’s magical thinking, it’s hope over experience.’ 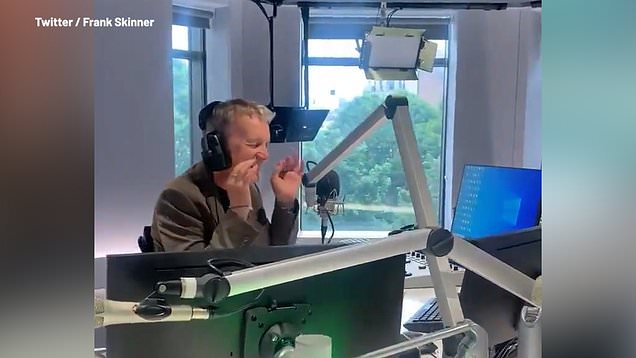 He also told Today on BBC Radio 4 after England’s win against Germany: ‘It feels like it is a huge narrative arc for me and Frank Skinner and for our song because of course we were there in 1996 when Germany destroyed the dream of that particular summer.

‘And we have actually been together at other England and Germany games that England have crashed out of major tournaments at.

‘So it just felt unbelievable to think that we might win this one. At the start of the game I was tense for quite a long time, until Jack Grealish came on and changed the game.’

So, after 55 years of hurt – could football finally be coming home? Only time will tell.

The Last Leg airs tonight on Channel 4 at 10pm.


MORE : The truth about David Baddiel and Frank Skinner’s measly earnings for Three Lions despite millions of downloads

No Set Date For Removal Of Subsidy – Petroleum Ministry –...