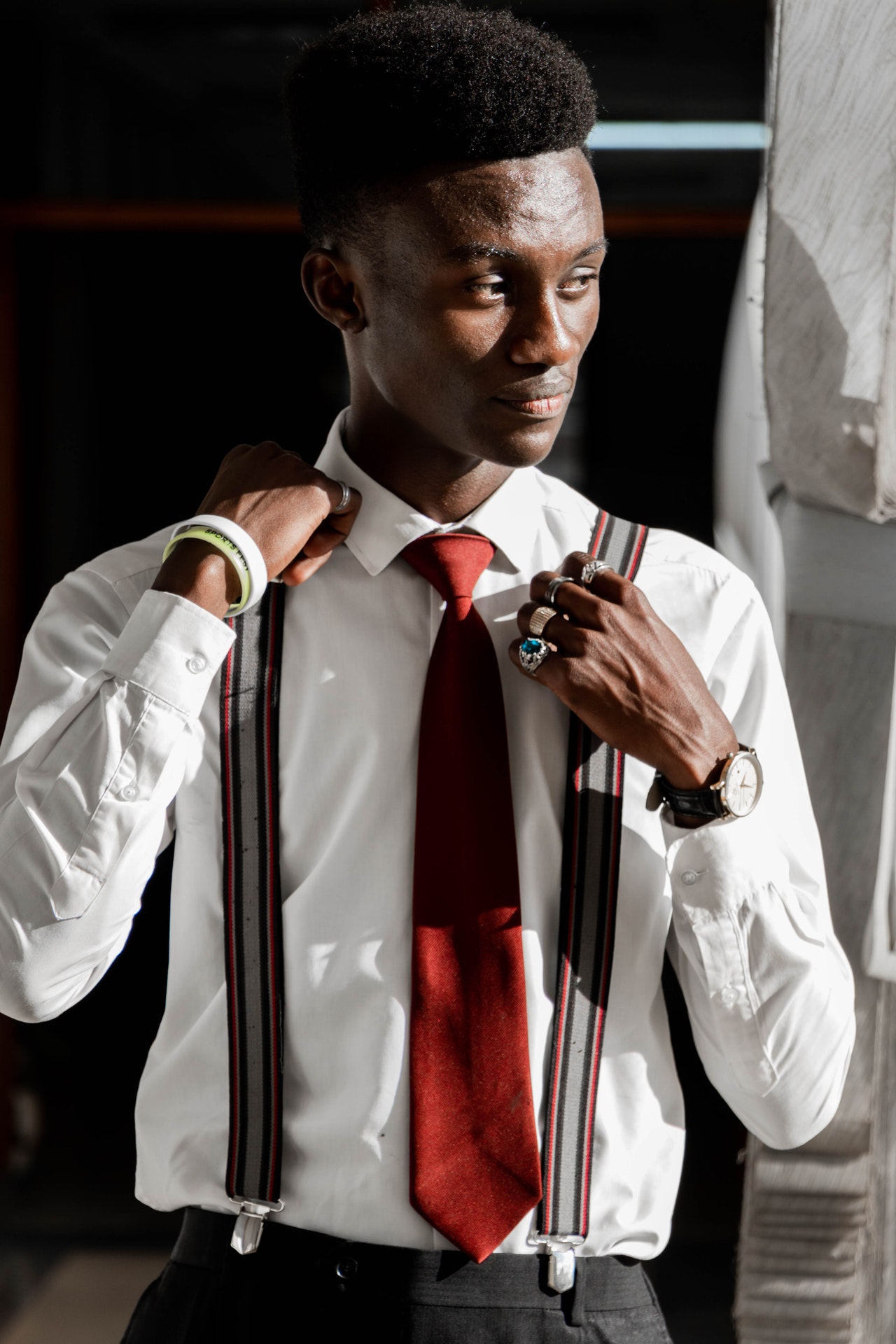 My excuse is long and winding, but I’ll summarise it into a few words: All of my close friends were working; I didn’t want to be the only idle one.

Some backstory is necessary: I was out of school, waiting to be mobilised for NYSC. OAU was taking its dear time—I’d been home for six months, with six more on the horizon. I thought, sure, why not intern at an estate firm. All this time to read and write, why not start a job, gain some worldly experience, find something to actually write about.

The interview was quick, easy—honestly, not an interview. We were distant relatives in a way I’m embarrassed to share, so it was easy access. My CV in a brown envelope, my knotted tie and pressed pants, all of it was a waste. I met him outside his office and together we walked to the Access Bank at Allen where, after I watched him beg for some cash from his banker, he came to sit by me to negotiate my salary. That should have been the first sign. We agreed ₦15k and, yeah, sure, it was small. But this was a starting company, we could grow together.

I started work the next day and, I’ll be honest, more signs were quick to come. Like how the office wasn’t his. He was squatting. And how that first day I sat doing nothing, only pressing my phone and eating amala. But, you know, his growth, my growth.

When I heard they’d sealed a deal of ₦750k the previous month I didn’t think, So why was he borrowing from his banker? I thought, Ah, nice, so when another one comes I can get a laptop from my cut.

The office he shared belonged to his pregnant wife’s older brother, with whom she worked. I’d arrive before 8 AM to meet his business partner, two other staff members, and his in-law’s receptionist/secretary/sales executive casting and binding the idols of our fathers’ and mothers’ houses. Spent and sweating after prayers were over, the men would sit back, put their feet up on their desks, sleep. The first time this happened I took photos, sent to my friends, said, Looks like the idols of their fathers’ and mothers’ houses have won after all. My boss and his pregnant wife would saunter in sometime around 10, send me and the other junior staff to go buy amala. But I still didn’t leave.

The first day we went out together, my oga and I, to some abandoned factory in Ogba a pastor client wanted to buy and turn into a church, my oga borrowed ₦1k from me to buy credit. Think of it as a transaction error: it took him five business days to refund.

Unfortunately, that first month, September, no major deal was concluded, so I understood when he couldn’t afford to pay me my ₦15k salary. And it made sense that at least he paid ₦10k out of it in the middle of the second month, after the church commission of about ₦600k came in. At the end of the month he’d pay the rest, together with that month’s salary. Except the end of that month came and neither the outstanding nor the month’s salary was seen. Where had the rest of the ₦600k gone? Well he had school fees to pay, aso-ebi to buy, and then he’d gone wild one weekend, clubbing Friday, Saturday and Sunday, staying at a hotel all through. It was then bad turned to worse. It was then the borrowing escalated.

It was around this time too that I heard he’d been fired from his job as the Business Director of a top Lagos firm because he’d been borrowing from all of the firm’s clients. Me, I don’t know how I was seeing money, probably from my own father, but he’d need ₦100 here, ₦200 there. And after one Monday morning, when he’d pleaded and pleaded for ₦100 and I gave it to him, then he handed it back to me and said I should go to the woman selling drinks downstairs to buy him Baby Oku, after that miserable, miserable morning, I learned to hide my money in my pockets and leave only my transport fare in my wallet so that when he asked I’d open my wallet, say, See, it’s only transport money I have.

More s**t happened. Like how, after my oga’s wife gave birth and took her maternity leave, the receptionist/secretary/sales executive babe started hiding the printer ink her own boss bought, so that whenever we needed to print something we’d have to visit other estate firms my oga had friends in. How my oga would ask you to switch on your hotspot for him to send a mail to a client, but instead you’d find him downloading porn. Or how one day I got paid ₦10k for a story I wrote, and after my oga found out about it he taxed me ₦2k, and idiot me handed it over.

Through all these I didn’t leave. Truth was, I liked having someplace to go after waking up in the morning. I enjoyed telling my friends, too, I’m going to work. I enjoyed working, never mind that I was racked by fear, crying to my friends that, What if I end up like this man? What if this is my future?

My breaking point came early in December. We’d spent the morning in Festac, carrying tape measure around one short-time hotel we needed to value, and afternoon met us at my oga’s friend’s office, poring over calculations and printing and printing.

After completing the calculations alone, I was instructed by my oga who sat there drinking Fanta to over-value the hotel by almost double, so that the hotel could secure the loan it needed. I hated who I’d become as I changed those numbers, used figures I didn’t believe in just so someone else could spend the weekend clubbing. But that wasn’t even the bad part.

The bad part was my oga needed urgently urgently to pay someone ₦100 he owed, and his wallet was back in the office. With my cash safely in my pockets, I opened my wallet, did the usual See, it’s only transport I have. But he promised he’d return it once we returned to the office. He promised.

Well, of course he didn’t. And when he tried to escape, stuck in Allen traffic, I walked down to meet him, demanded for my ₦100. He didn’t have it, he said. He didn’t have any money. So what will we do like this? he said.

What did I do? I returned to the office. I took the valuation report I’d laboured over, with all the calculations and measurements. I tucked it under my arm. I went home with it, never to return to that cursed office.

Photo by Art Jamie’s from Pexels

Reactions as Nengi shows off new look on braids (Video)

‘Drinking Alcohol Is Not A Sin, Stop Preaching Against It’- Says...