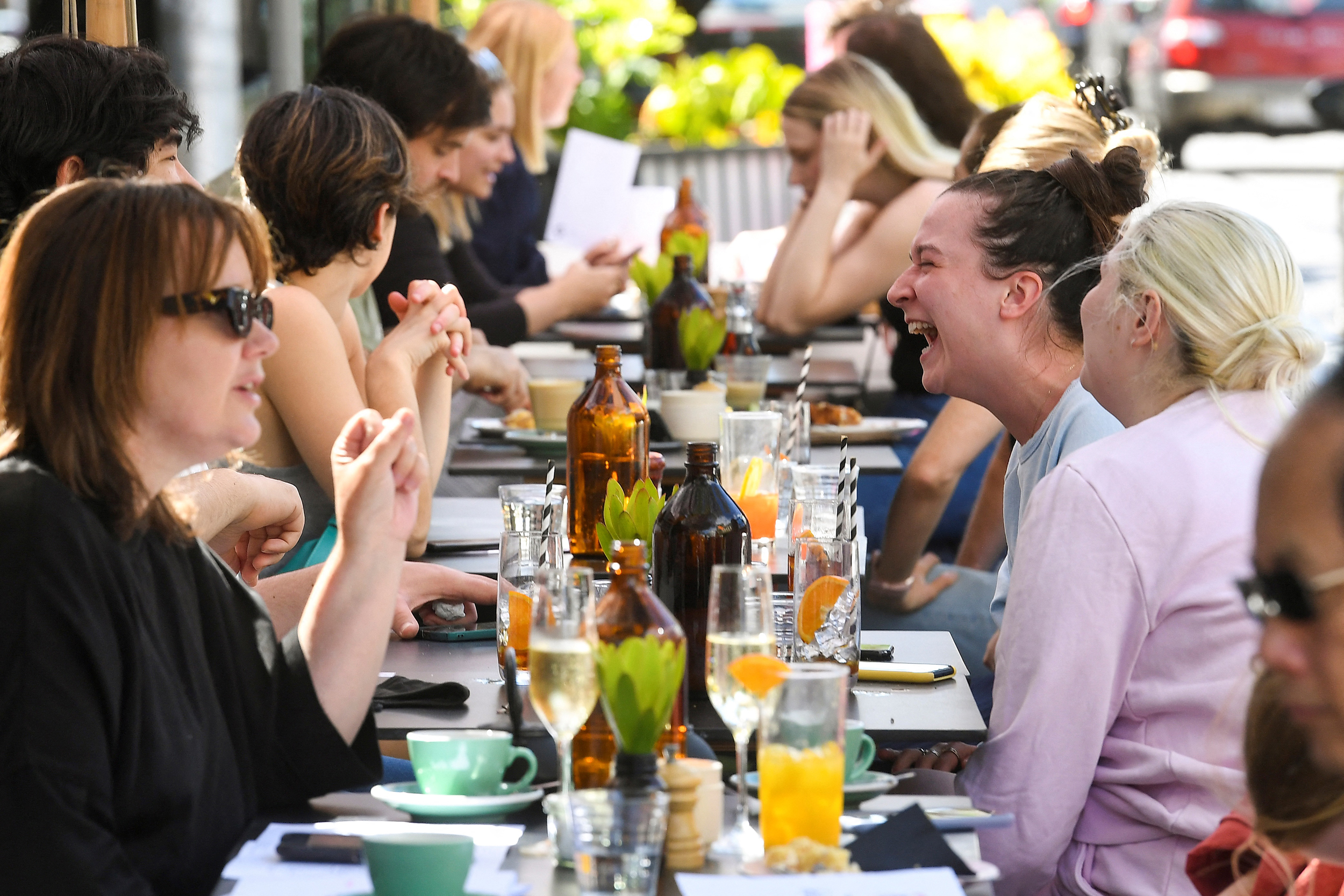 SYDNEY — Cassandra Elliott can freely leave Australia for the first time in more than a year and a half, but there’s still no way for the resident of Victoria state to visit her dad in Western Australia.

Last week, Australia began loosening controls at its international border, which closed early in the coronavirus pandemic. Fully vaccinated Australian citizens, residents and family members can enter parts of the country quarantine-free, while those who are in Australia no longer have to get government permission to travel internationally.

But states and territories have also restricted entry to one another for much of the pandemic, and many of those restrictions remain. The internal border closings have kept Elliott, 32, a writer, from seeing her father on the opposite side of the country.

As Australia’s two most populous states reopen to the world, others are staying firmly shut even to fellow Australians. Western Australia says its internal border won’t be fully open until next year.

“So my dad and I won’t be spending Christmas together,” Elliott said. “It was really disheartening to find that out.”

Australia closed its international border to noncitizens in March 2020, requiring returning Australians to quarantine for 14 days, if they could return at all. When virus cases cropped up, officials responded with swift lockdowns, while interstate quarantine requirements kept them from spreading across the country. The strict policies meant that, except for one state, much of Australia stayed Covid-free until the middle of this year.

But then the delta variant hit. In June, an outbreak appeared in New South Wales, which includes Australia’s largest city, Sydney, before spreading to neighboring Victoria and its capital, Melbourne. Both states entered lockdowns, but case numbers continued to rise.

Other “Covid-free” jurisdictions, citing public health laws, closed their borders completely to both states, threatening fines or jail time if people crossed over. Case numbers in those states and territories have remained at or near zero.

Ian McAllister, a professor of political science at the Australian National University in Canberra, the country’s capital, said the patchwork of internal borders is unprecedented for Australia and unique globally.

Internal border are easier to close in Australia than in countries, like the U.S., he said, because the population is more dispersed. With about 26 million people, Australia has a smaller population than Texas, but it is 11 times its size.

Many Australians who have been largely shielded from the virus are now reluctant to follow the “Covid states” of New South Wales and Victoria in accepting its spread. Both states recently ended monthslong lockdowns after hitting their vaccination targets.

Like the government of New Zealand, which is also moving away from its “zero-Covid” policy, officials in the two Australian states say the country has to find a way to live with the virus, even if that means more cases.

“We need to rejoin the world,” New South Wales Premier Dominic Perrottet told reporters last month. “We can’t live here in a hermit kingdom. We’ve got to open up.”

While states such as Queensland and South Australia are set to reopen to the country’s Covid hot spots in time for Christmas, Western Australia has other plans.

Premier Mark McGowan said Friday that the state will reopen to the entire country only once 90 percent of residents 12 and older are fully vaccinated, which is projected for late January or early February.

“I acknowledge some people will be frustrated they may not be able to be reunited with family from New South Wales or Victoria over Christmas,” he said. “To rush it increases risk and increases harm.”

For Elliott, an Australia with hard borders between “Covid states” and “Covid-free states” is bizarre, even laughable.

“I was actually laughing with one of my girlfriends here the other day,” she said. “We were saying that she will be able to travel to her home country of India, but I can’t travel to Perth,” the capital of Western Australia.

“She can go home and see her family, but mine are in Australia and I can’t see them,” she said.

Western Australia’s border rules have been incredibly popular within the state, helping McGowan to a landslide re-election victory in March. A recent poll found that 82 percent of Western Australians favored keeping the state closed.

Supporters say the numbers speak for themselves: With a population of 2.7 million, Western Australia has reported just over 1,100 cases and nine deaths during the pandemic. (Kansas, which has a similar population, has had about 440,000 cases and almost 6,500 deaths.)

Even Elliott said she could understand the government’s perspective.

“They want to keep the people safe,” she said.

But some Western Australians say the state is going too far.

State officials recently reclassified New South Wales and Victoria from “high risk” to “extreme risk,” removing an exemption that had allowed people to enter for “compassionate reasons” if they first quarantined for 14 days.

Dr. Luigi D’Orsogna, a pediatric cardiologist in Perth, said the change was “totally uncalled for.”

“I know of no medical evidence that says extreme restrictions like this are necessary, when we already had in place perfectly adequate ways of protecting our state,” he said.

D’Orsogna said he was particularly concerned about people who aren’t able to visit sick or dying relatives.

“You’re taking people at some of their most vulnerable moments and now exposing them to enormous mental stress and anguish,” he said.

With case numbers dropping in New South Wales, the state moved from “extreme risk” back to “high risk” on Saturday. Victoria is set to remain in that category for the foreseeable future.

Responding on Twitter, Michael Gunner, chief minister of the Northern Territory, pointed out tat there had been zero Covid-19 deaths in the territory.

“We don’t need your lectures, thanks mate,” he said. “You know nothing about us.”

Conservative commentator Candace Owens went further, jokingly asking when the U.S. military should invade Australia to “free an oppressed people.” Her comments were met locally with bewilderment and ridicule.

McAllister, the political science professor, said that in the debate about the rules, Australia shouldn’t lose sight of how well it has performed overall during the pandemic.

“What is happening overseas, there’s nothing like that here,” McAllister said.

In the meantime, Elliott and her father are trying to stay positive.

“My dad has actually been building himself a big truck, and he wants to drive it across the country to see me,” she said.

“You know the saying ‘If you build it, they will  come’? He keeps saying, ‘If I keep building it, the borders will open!’”

CORRECTION (Nov. 7, 2021, 7:30 p.m. ET): A previous version of this article misstated when Australia began loosening coronavirus restrictions at its international border. The controls were loosened last week, not this week.