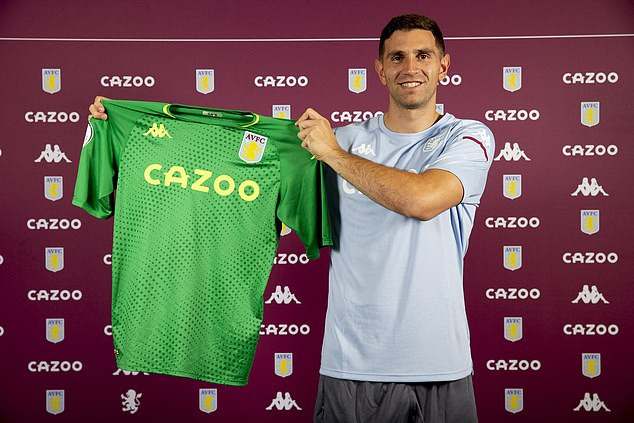 Aston Villa have announced the signing of goalkeeper Emiliano Martinez from Arsenal for £16million.

The Argentine stopper, 28, has signed a four-year deal to join his new club after spending ten years with Arsenal, where he signed his first professional contract in 2012.

Upon his departure from Arsenal, Martinez told arsenal.com: ‘Thank you, thank you for all of the years (of support).’

‘I thank God for having the opportunity over the past few months to show the Arsenal fanbase what I am made of, and why I went on loan so many times.

‘It was always to come back and win them trophies and give them silverware. I did it, I feel prouder than ever. 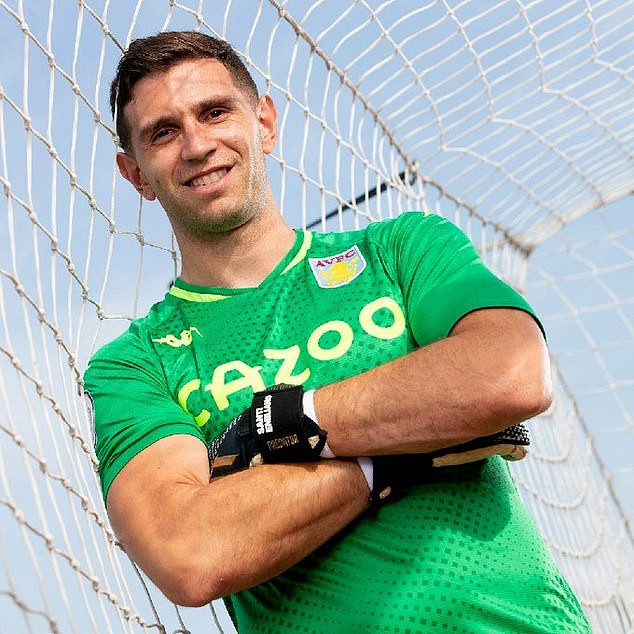 ‘They made me as a goalkeeper; not just the club, not just my goalkeeping coaches but the fans as well because they supported me, gave me the confidence to perform as well and I wish them all the best and hope they win many, many trophies. Thank you. That’s all I can say.’

Aston Villa manager, Dean Smith told the club website: ‘We are really pleased with the signing of our new goalkeeper Emiliano Martinez.

‘We know how highly Arsenal rated him and we watched his outstanding performances last season in a trophy-winning top side.

‘We moved for Emi when we saw the opportunity, as it is rare to be able to buy a top class goalkeeper who hasn’t yet reached their peak age and who can therefore be a key player for our Club for the long term.’