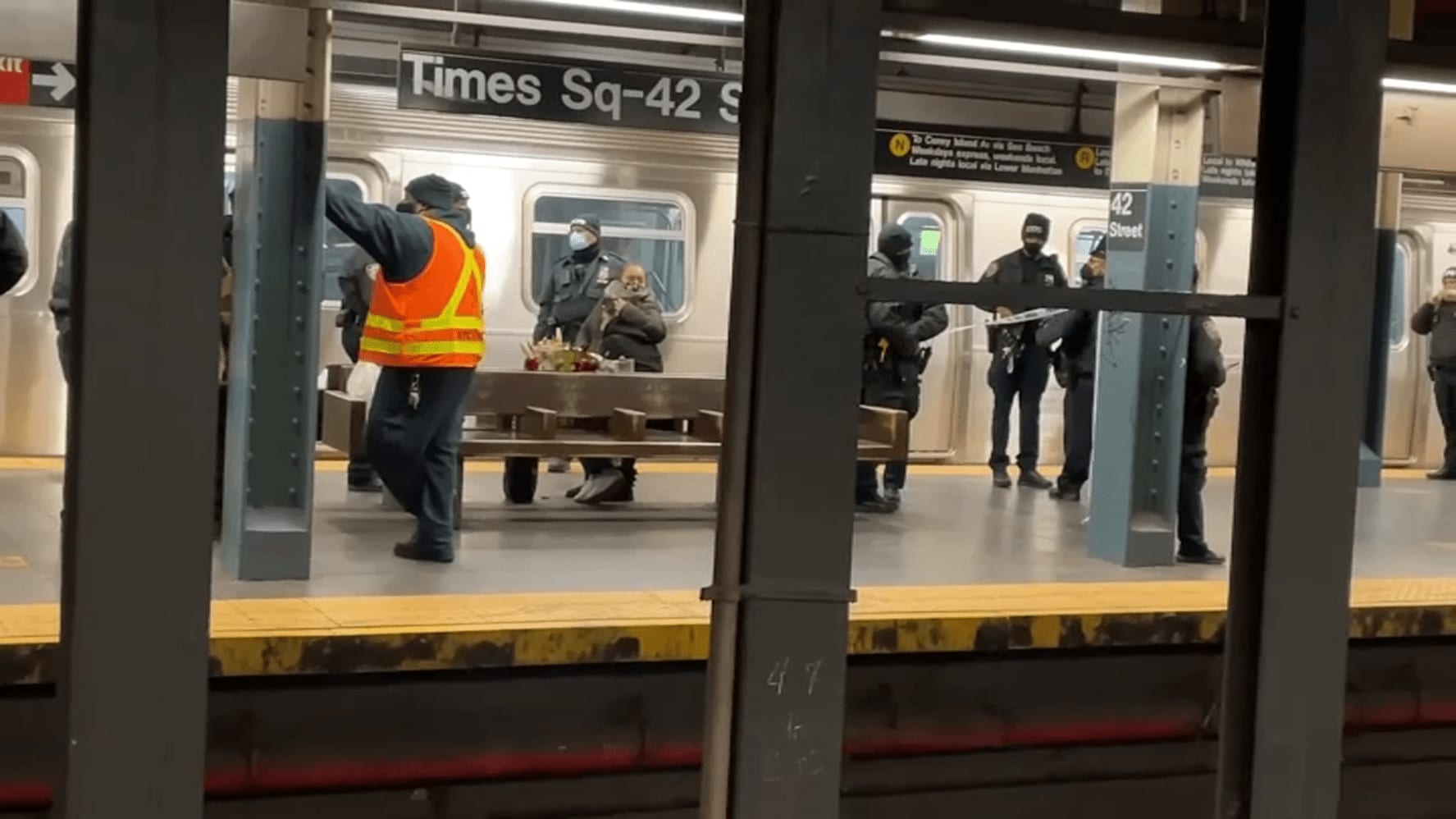 An Asian woman was pushed to her death in front of an oncoming train in New York City on Saturday morning.

New York City police told NBC News that the incident occurred at around 9:30 a.m. in a Times Square subway station near 42nd Street and Broadway.

Authorities have taken a person of interest into custody as they continue to investigate the incident.

The woman was shoved onto the tracks and struck by a southbound R train, a police spokesperson said. She was pronounced dead at the scene.

Investigators have not yet determined whether the attack was random or intentional.

Anti-Asian hate crimes and incidents have spiked across the country during the pandemic.