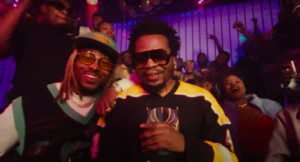 Asake kicks off the year with a bang by teaming up with Nigerian pop staple Olamide for the catchy new single “Omo Ope.” Following the success of the song, Asake releases the song’s official video.