Home Entertainment “As it should be” – Davido brags as his latest song “FEM”...
Facebook
Twitter
WhatsApp
Telegram
Email

Famous Nigerian singer, Davido has broken and set another record with his latest song, FEM – a single off his “A Better Time” album. 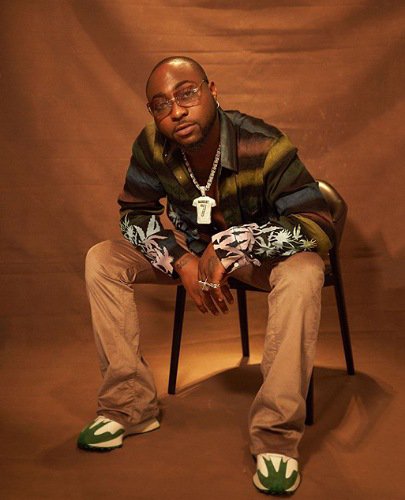 The recently released song now has over 5 million views on video streaming platform, Youtube few days after it was dropped.

Popular charts outfit, The TurnTable Charts made this revelation via their official twitter page, lauding David Adeleke for what they referred to as “an unprecedented clean sweep”. 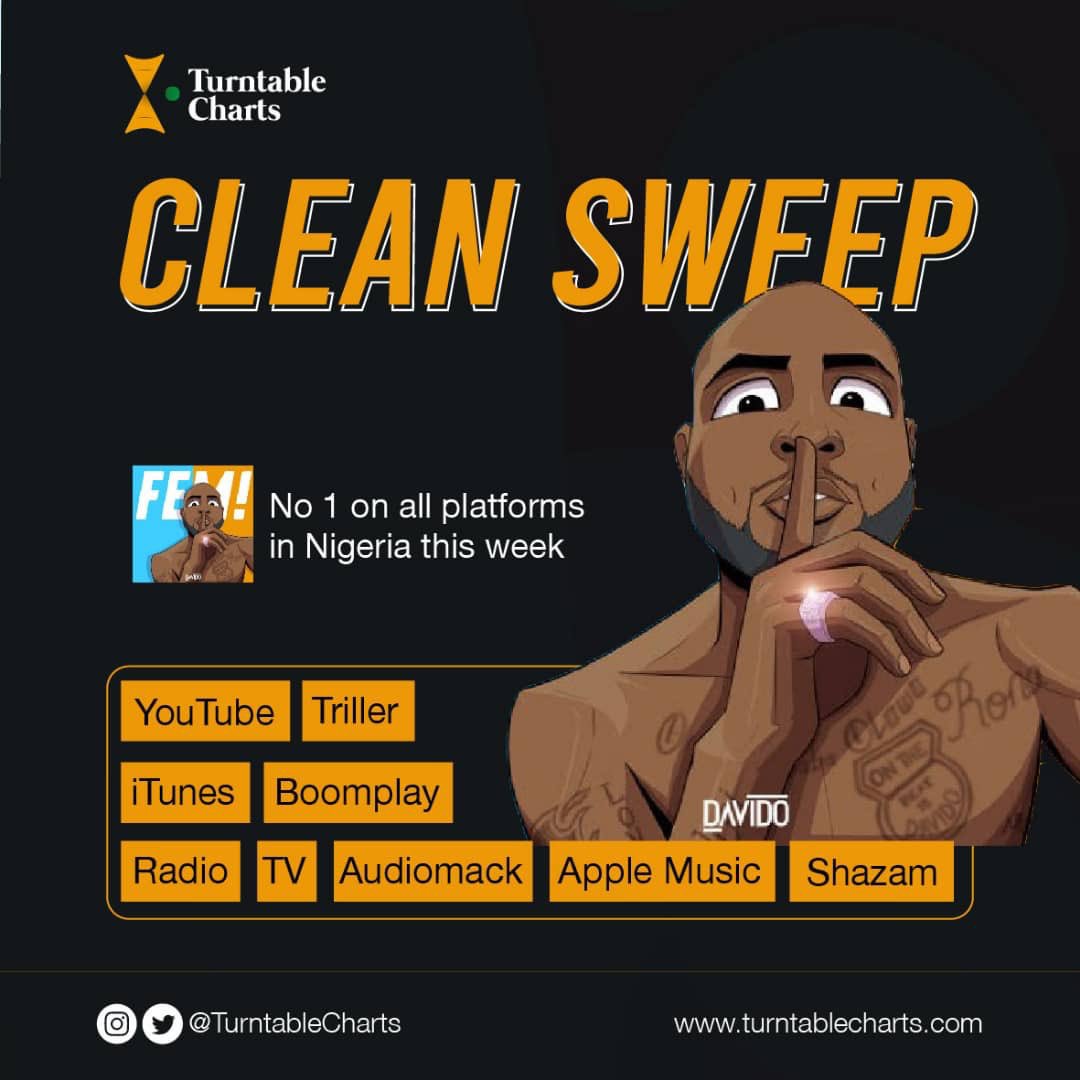 TurnTable tweeted; “@davido becomes the first artiste to lead all platforms in a week since TurnTable Charts began tracking

“FEM” debuts at No. 1 on all weekly charts and No. 1 on every single platform— an unprecedented clean sweep”

Reacting to this, Davido quoted the tweet and wrote “As it should be”. 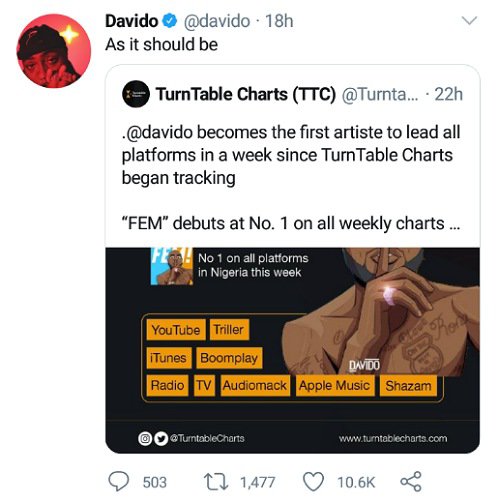