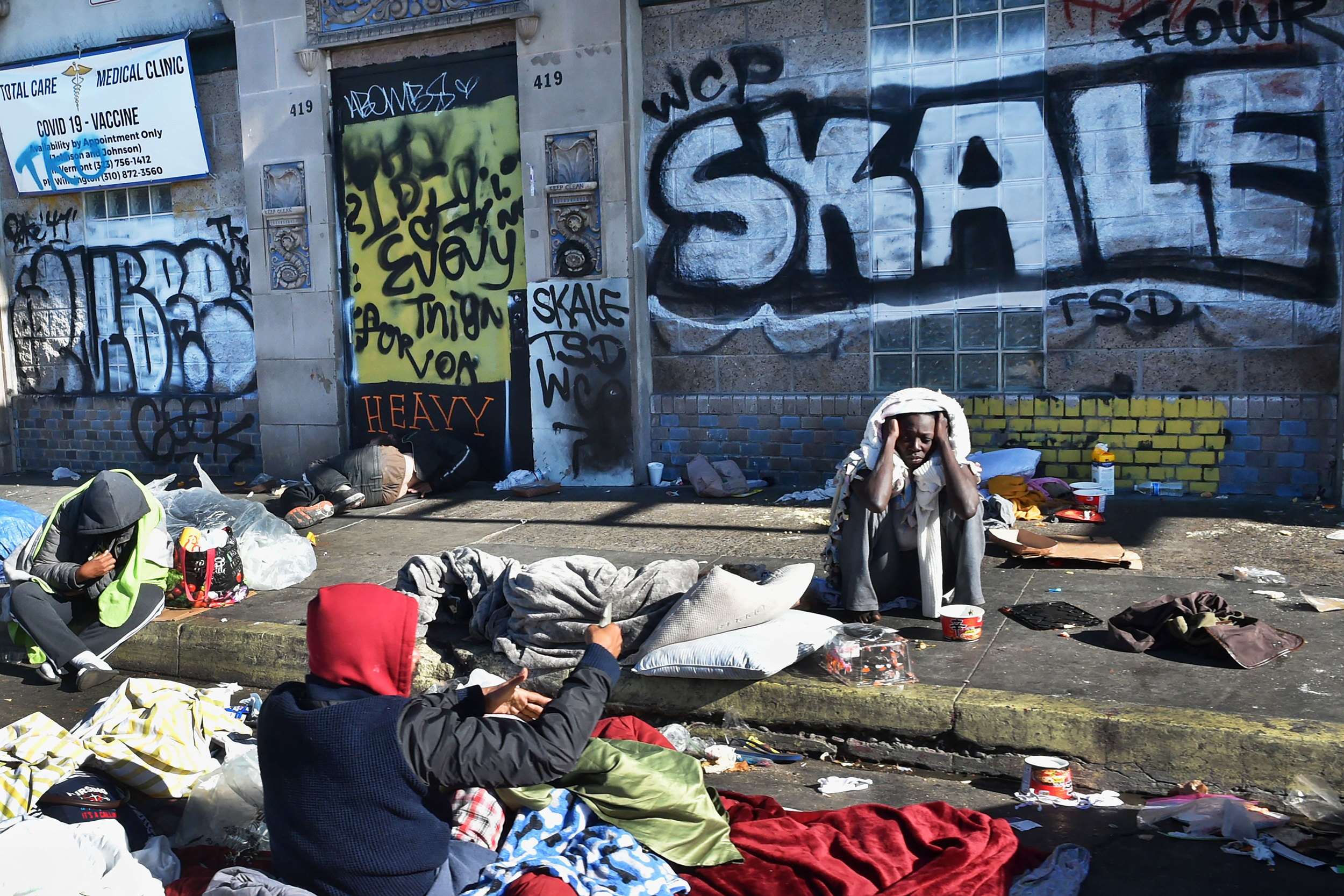 LOS ANGELES — In the nation’s homeless capital, a reckoning is brewing between elected leaders whose political futures hang in the balance and service providers who say the system meant to protect the county’s most vulnerable residents is set up for failure.

As the social safety net unravels for people experiencing homelessness in Los Angeles County, the chief of homeless services, Heidi Marston, is leaving her post, saying elected officials are failing to address the root causes of the crisis, such as a lack of affordable housing, wages that fail to keep up with costs and an inadequate mental health system.

Instead, she said, homeless service providers are being used as targets in a blame game over why the crisis, which has been growing for decades, has not been fixed.

“Homeless services … are perfectly positioned to really be the scapegoat for the homelessness crisis we’re seeing in this country,” said Marston.

In another effort to tackle the issue, the Los Angeles County Board of Supervisors voted this week to create a new office to coordinate its homelessness response. The entity would oversee multiple agencies and report directly to the board.

As upheaval continues at the county level, 61 percent of voters in the city of Los Angeles say homelessness is a top priority in the upcoming mayoral race, according to a poll sponsored by the Los Angeles Times and the Institute of Governmental Studies at the University of California, Berkeley.

“I would call it a churning,” said John Maceri, CEO of The People Concern, one of the county’s largest service providers. “We are certainly in a time of change.”

“There is this problem with inflow into houselessness that we are just not adequately addressing,” Holland said. “Instead, we’re focusing a lot of attention on the visible and tangible impact of people on the streets, of trash everywhere.”

The director of Portland’s homeless services department, Marc Jolin, announced his resignation in March, at a time when the city’s homeless population grew by 1,200 since 2019 to a total of 8,000 people now living on the streets.

In L.A. County, Marston said in her resignation letter that homelessness is a “scar on the face of our nation” and chided elected officials for politicizing the public health emergency.

“Those in power who possess the ability to change the lives of more than 60,000 unhoused Angelenos must be willing to do so,” Marston wrote.

“But in our current system, organizations like the one I lead, the Los Angeles Homeless Services Authority [LAHSA], are not given control over regulatory or policy decisions, service providers remain underfunded, and dedicated front-line employees of non-profit organizations and government entities are hamstrung by rules, red tape, and bureaucracy,” she wrote.

Andy Bales, CEO of Union Rescue Mission, a service provider in downtown L.A. and a member of the LAHSA commission, said he pleaded with Marston to stay at the helm.

“I wish I had a chance to speak with her sooner,” he said. “I would have said let’s talk it out more and share what I’ve learned over 63 years, but it was too late.”

Less than a week before Marston said she would step down, the county health department reported that deaths among homeless residents were up 56 percent between April 1, 2020 and March 31, 2021. Nearly 80 percent of those deaths were caused by drug overdoses, according to the report.

The deaths were foreshadowed by Los Angeles City Controller Ron Galperin, who warned earlier this year that “several thousand unhoused residents will die” before enough housing projects are completed.

Marston said in an interview that leaders are too focused on reducing the visible signs of homelessness while refusing to tackle its root causes, including the affordable housing shortage and eroding social services.

“Even a czar coming in will not be effective,” she said of the new agency. “We want one person to be in charge of it, but frankly homelessness is too complex for that to be true.”

County Supervisor Kathryn Barger, who introduced the motion to create a new department, said those in the top rungs of the homelessness response network need to be held accountable.

“Everyone is pointing fingers,” she said. “I viewed this as an opportunity to take the politics out of the discussion on homelessness and give it a bottom-up approach.”

Bales, with the Union Rescue Mission, said the region badly needs a dedicated leader to coordinate homeless services and funding across the county’s 88 cities.

Moving forward, he said he hopes the county will tap “a singular, accountable leader” who can “knock down the door and do whatever it takes to reduce homelessness.”

“Homeless is the biggest tragedy of our time in Los Angeles,” he added. “What we’ve accomplished so far is an absolute failure.”